Tecno Pova 4 can be launched in India soon, know the price and specification 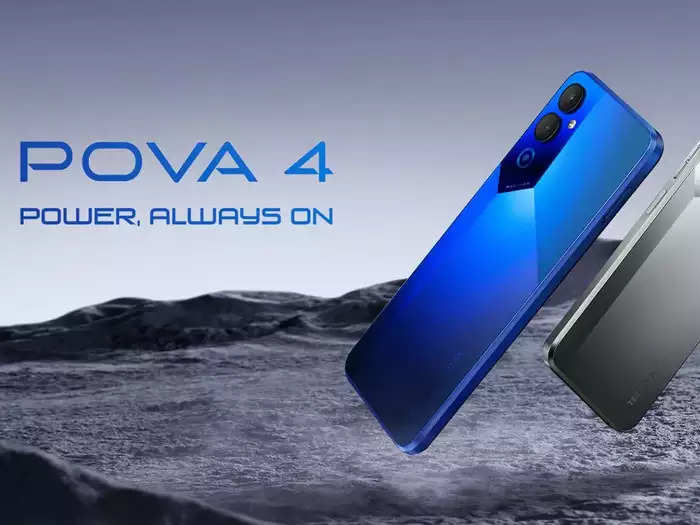 Share
Facebook Twitter LinkedIn Pinterest
Mobile News Desk – Tecno will launch its flagship 5G smartphone Phantom X2 5G series on 7th December. Before the launch, the company has launched another smartphone in India. While Tecno hasn’t revealed the exact launch date, it has revealed that its upcoming smartphone Tecno Pova 4 will be sold in India via Amazon India. Apart from this, the company has also shared some details related to the smartphone. Tecno has revealed that the Tecno Pova 4 will be powered by the 5nm MediaTek Helio G99 processor and support Panther Game Engine 2.0 and HyperEngine 2.0 Lite for better gaming performance. Furthermore, the company has revealed that the smartphone will pack a 6,000mAh battery with 18W fast charging technology. This battery will give about 10 hours of talk time in just 10 minutes of charging. Besides, the phone will pack 8GB RAM and 5GB virtual RAM along with 128GB storage space.

Techno has already launched this device in the global market. The phone features a 6.66-inch AMOLED display with FHD+ resolution and 90Hz refresh rate. It is based on the MediaTek Helio G99 SoC coupled with up to 8GB of RAM and up to 256GB of storage space. The phone runs on Android 12-based HiOS. On the camera front, the Tecno Pova 4 packs a 50MP rear camera and an 8MP selfie shooter. Additional features include 4G support, dual-band WiFi, Bluetooth, NFC, USB Type-C, a 3.5mm headphone jack, and Hi-Res Audio-certified dual stereo speakers with DTS sound support. The phone comes with a 6,000mAh battery.