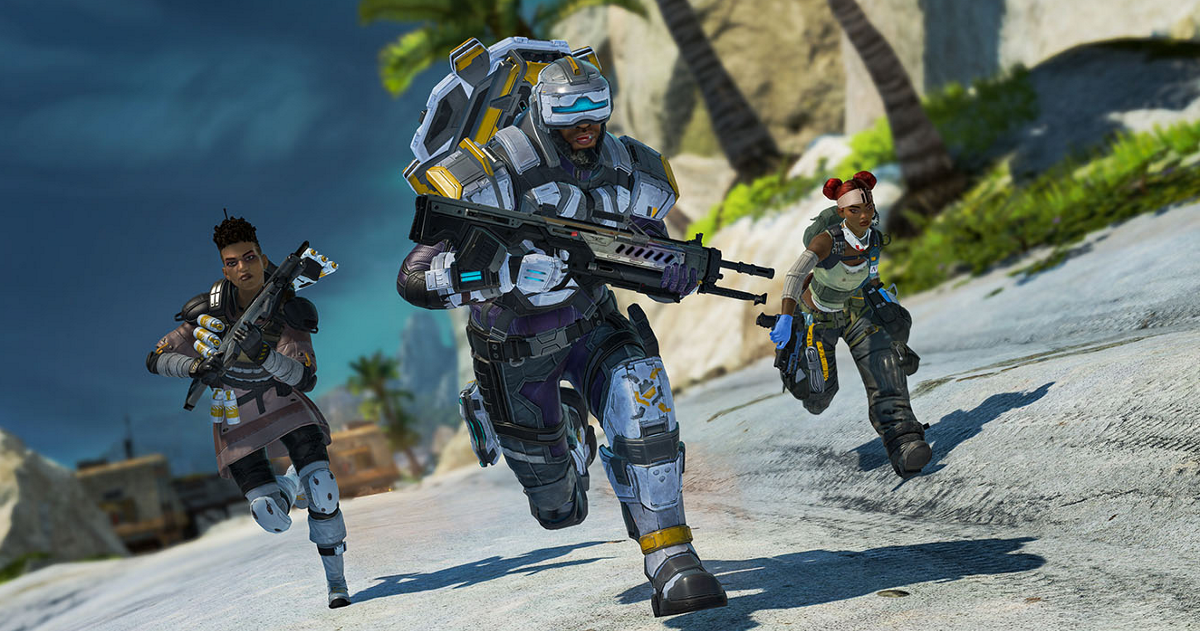 We list a small compilation with the best games that you can enjoy for free on your PC.

Nowadays, who doesn’t play is because they don’t want to. The last decade has meant an amazing bloom of the world of video games, and this branch of entertainment is now more accessible than ever.

Amid price hikes to triple-A prices and consoles, there’s a huge catalog of top-flight games that you can play today completely free.

The only thing you will need to enjoy these titles is a PC and a user accountand many of them offer you fun that you can extend hundreds and hundreds of hours. In parallel with our YouTube channel, we leave you below a list with the best free games to enjoy on PCupdated to 2022.

Many of you will remember Titanfall, and Apex Legends is the heir to that formula, combined with the attractive operation of the battle royale. This game drops us on an island full of loot, structures and especially enemies. It is a battle royale shooter where the last team or player standing wins. To achieve this we must make our way through the map by shooting, with a first person perspective and extremely polished movement mechanics. You can use the environment to your advantage and enjoy one of the most vertical experiences offered by this video game genre.

The Battle for Wesnoth

The battle for Wesnoth is a much more classic proposal, straight to the heart of the nostalics of the time of Age of Empires. It’s a game of turn-based strategy set in a medieval fantasy universe. Enjoy centuries of history and reveal the fate of this gigantic world that you can explore at will. Fight the hordes of undead unleashed by a necromancer and lead a fearless group of survivors through the burning sands in a classic adventure with a lot of charm.

Play Battle for Wesnoth for free

Probably the best battle royale that you can enjoy right now, alone or with friends. After an attempt that came out regular with Black Ops, this version of Battle Royale is the best that Call of Duty has achieved, and its millions of players around the world prove it. It’s a game that stays alive over the years, and whose games mix Call of Duty shooting action with map special events and a relentless gas storm that is closing with the passage of time. If you like the call of duty formulathis game is a must in your library.

Another shooting game, but with a different approach. This best seller developed by Bunguie offers us different planets to explore alone or with friends, with dozens of active events to improve our equipment and discover secrets. Have different cooperative and multiplayer modesamong which the classic “team deathmatch” or Gambit stand out, a curious multiplayer proposal that mix PVP with PVE. the raids are without a doubt another of the great attractions of this game, being events of extreme difficulty where synchrony with your team is the key to victory.

If like me you have dedicated many hours to The Witcher 3: Wild Hunt, you know what we are talking about. What it was a card game integrated into a giant RPG it has become a unique multiplayer proposition within the Geralt of Rivia universe. Customize your decks and take on other players in a very original and extremely addictive attack and defense system. It’s a game that will test your capacity for strategy and improvisation in equal parts.

This is another proposition that will tick a lot of boxes for more veteran players. Path of Exile is an action RPG that drinks a lot from the classic Diablo, both for the camera and the feeling of combat. However this game adds multiple layers of complexity to the formula, with a system of “builds” of the most complete and a very interesting strategic component that invites the player to fully exploit the capabilities of his character.

Play Path of Exile for free

If you like war games, pay attention to this one. War Thunder is an MMO with land, sea and air warfare vehicles. Pilot a tank, warship, fighter and many more variants and measure yourself against the skill of hundreds of players on a map that is constantly changing. This set in World War II military deploymentwith dozens of different military vehicles that you can control and customize.

This may be the strangest proposal in this top, but It’s already the history of video games. Roblox allows the player create your own virtual worlds and customize them to your taste. The essence that conquered millions and made Minecraft fashionable now it has evolved in one of the most popular games in history. Roblox has millions of downloads on all platforms where it is available and on the mobile market it is one of the most relevant games in history.

Maybe this name doesn’t ring a bell, but what if I told you…Pro Evolution Soccer? The famous Konami IP that once aspired to compete with FIFA now it can be enjoyed completely free of charge. Prepare your own template and measure yourself against the machine or your friends in football matches full of emotion. The graphics up to the latest generation and the mechanics have been polished down to the most refined control palette to date.

Football again, but with cars. Rocket League was back in the day a breath of fresh air that combined the charm of arcade sports games with driving. You will control a racing car and your objective will be score a goal in the opponent’s goal pushing a gigantic ball. It’s a game extremely funny full of stunts, crazy jumps and memorable plays. It is without a doubt one of the best multiplayer proposals in recent years and that is why hundreds of thousands of players continue to enjoy its charm daily.

This game didn’t get much buzz when it came out, but when streamers started playing it, exploded in popularity. It is a game to enjoy with friends, where one is secretly the “killer” and must end the lives of the rest without being discovered. It’s a very fun looking format turn people against each other and form alliances to boycott your friends. It is an idea that has been swarming in the world of video games since the first versions with mods of Half Life 2and today it has evolved without losing its charm at all.

Play Among Us for free

Another perfect example of a game to spend the afternoon with friends bursting out laughing. Gartic Phone takes the essence of the classic “broken phone” and extrapolates it to the virtual environment. Each player must draw based on an idea, but after each interpretation and drawing, the original meaning fades away. It is extremely funny to see how something seemingly simple turns into something completely different after passing through different participants.