The 5 books that Bill Gates recommends you read this Christmas, his all-time favorites 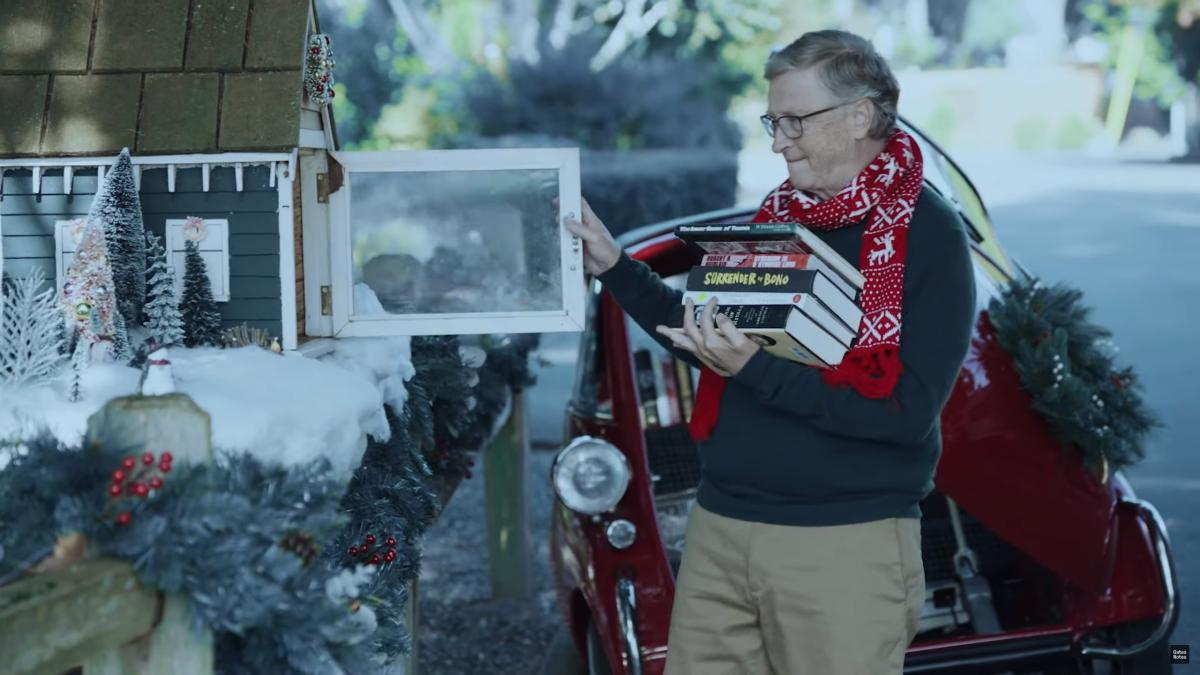 Bill Gates unleashes passions wherever he goes. He is one of the most famous people in the world for a reason. Since he founded the most important computer company in the world (Microsoft) with his friend Paul Allen in 1975, Gates is part of what is happening on the planet.

And as usual, the genius born in Seattle (Washington, United States), wanted to recommend a series of books for this Christmas. And it is that Bill Gates she loves making book recommendations whenever she can.

Fortunately, their recommendations are always very different and do not usually deal with the same topics, as you will now see, since the readings that we bring today are the most disparate. No genre or theme is repeated.

Definitely, Bill Gates has lived long enough to prove that you can be a billionaire and care about the world around you (hope Elon Musk takes note of this and leaves Twitter alone for a while).

Stranger in a Strange Land, by Robert Heinlein: For Bill Gates, the best introduction to science fiction for adults. “Paul Allen and I fell in love with Heinlein as children, and this book remains one of my all-time favorite science fiction novels.“, Explain.

The book tells the story of a young man who returns to Earth after growing up on Mars and starts a new religion. I think the best science fiction pushes you to think about what’s possible in the future, and Heinlein was able to predict the rise of hippie culture years before it emerged.

Surrender, by Bono: For Bill Gates, the best memoirs of a rock star he has ever read. The This book came out this month, so it’s the most recent on the list.

Whether you’re a U2 fan or not, Bill Gates says it’s a super fun read about how a kid from the Dublin suburbs grew up to become a world-famous rock star and philanthropist. Gates is a friend of Bono’s, so his opinion is not entirely impartial.

Team Rivals, by Doris Kearns Goodwin: For Bill Gates, the best guide to lead a country. “I never read enough about Abraham Lincoln, and this is one of the best books on the subject.“, explains the computer genius.

For Gates, it is especially relevant now that the United States is once again faced with violent insurrection, difficult questions about race and deep ideological divisions. Goodwin is one of America’s best biographers.

The Inner Game of Tennis by Robert Gallwey: For Bill Gates, the best guide to get out of any mess. This 1974 book is a must-read for anyone who plays tennis, but Gates believes that even people who have never played it will get something from it.

Gallwey argues that the state of mind is just as important – if not more – than the physical form. He gives excellent advice on how to constructively overcome mistakes, something the philanthropist has tried to follow both on and off the track over the years.

Mendeleyev’s Dream by Paul Strathern: For Bill Gates, the best book he has read on the periodic table. The history of chemistry is littered with wacky characters like Dimitri Mendeleyev, the Russian scientist who first proposed the periodic table after it supposedly occurred to him in a dream.

Strathern’s book traces that story back to its origins in ancient Greece. It’s a fascinating look at how science unfolds and how human curiosity has evolved over the millennia, or so Gates says on his personal blog where he has made the recommendations.

The glossary, dictionary and jargon that you must know to start streaming

5 Thriller Series on Netflix as Disturbing as ‘1899’