the accident detection works wonderfully, the proof in video 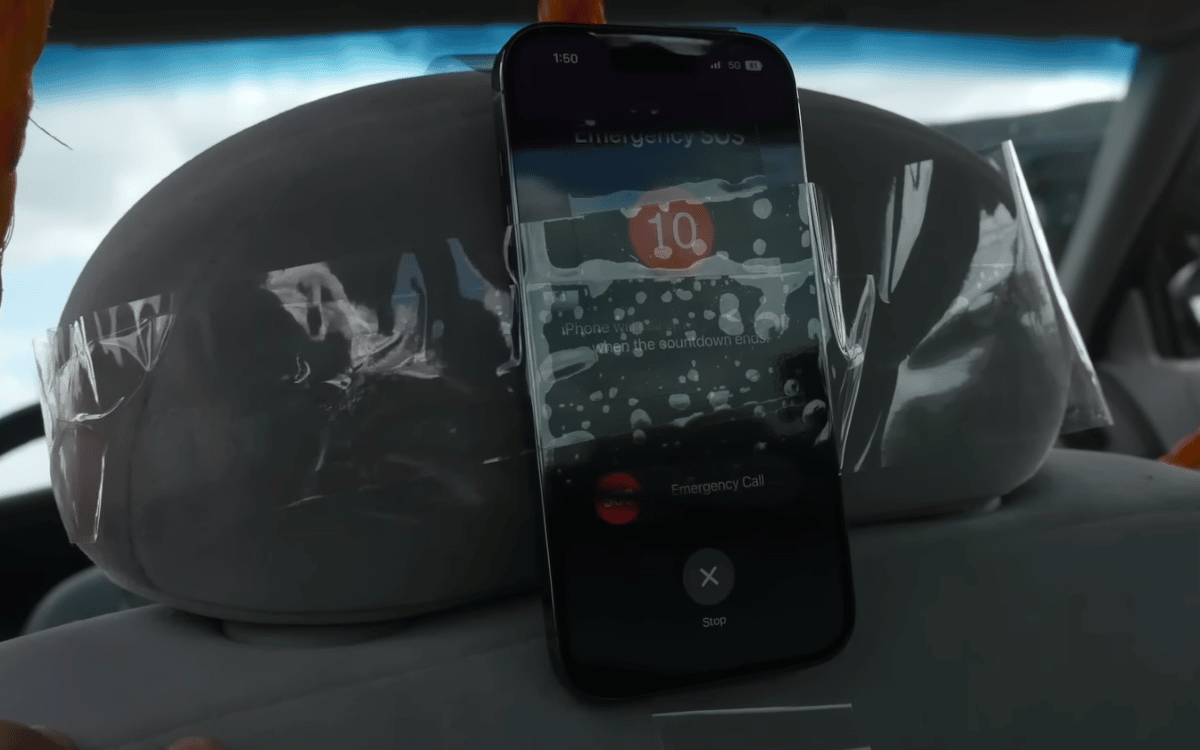 Share
Facebook Twitter LinkedIn Pinterest
The latest iPhone 14 prides itself on detecting accidents and calling for help for you. As no one really wants to test such a feature, we are entitled to be skeptical about its real effectiveness. A Youtuber named TechRax did it for us. Here are his findings.

On its YouTube channel, TechRax is known for literally putting every iPhone to death. Immersion in water, drop test from a dam or in molten lava, burial, nothing is too daring for this extreme tester. In his latest video, he puts the collision detection functionality of an iPhone 14 Pro to the test. The test protocol is quite basic. A GoPro camera is installed on the rear shelf of an old sedan at the end of its life, an iPhone 14 Pro is taped to the headrest, and off we go. No one is holding the steering wheel, the acceleration is remote controlled.

After several failed attempts to hit a pile of car wrecks, TechRax gets his way. The car crashes slowly into a scrap wall. After a delay that can be estimated at 10 seconds, iOS 16 displays the message “It looks like you’ve been in a crash” (“Have you had an accident?”). Before contacting the emergency services, a countdown of another ten seconds is launched, the time for the driver to cancel the call if there has not actually been a collision.

The team of testers makes a test at higher speed and obtains the same result. iPhone 14 Pro and iOS 16 have correctly detected the accident and contact the emergency services. Some readers will object that this feature presents nothing new. Worse still, it does double duty since the European Parliament has required the most recent cars to be fitted with this safety equipment since April 2018. It doesn’t matter, because when it comes to safety, whether automotive or personal, two precautions are always better than one. a.

If the iPhone 14 offers a lot of new features, many observers agree that they do not offer anything revolutionary. Of course, it is possible to customize the locked screen of the device, and the Dynamic Island is an aesthetic and ergonomic success that is just waiting to be fully exploited by developers. Negative feedback from first buyers, shaky camera, bug that degrades audio calls through CarPlay, suggest that the launch of this new iPhone line is only a semi-success.