The best options to listen to your favorite songs without having to pay anything.

Music has accompanied the human being since time immemorial. Over the decades, it has become a service that can practically only be accessed by paying, except in some cases, so listen to songs for free and without going through pages of doubtful security it becomes more and more complicated. However, there are still options on the Internet that offer musical content without having to pay anything, which we are going to show you right here.

We are going to include a list with web pages and mobile apps that will allow us to listen to music without contracting any subscription No need to pay any monthly fee. Obviously, the experience is going to be more limited, either because they are songs without a license or because there is a catalog cap, but it is normal due to the high cost of acquiring the licenses for songs that are played all over the world. But it is important to know that there is life beyond the radio.

We show you the best websites and mobile apps to listen to music without paying.

The best websites to listen to free music

Some of these websites are quite popular, so they will not need much introduction or explanation. However, they are still tremendously interesting options to include it in your favorites list and go to these platforms to listen to music for free. Let’s go with each of them. 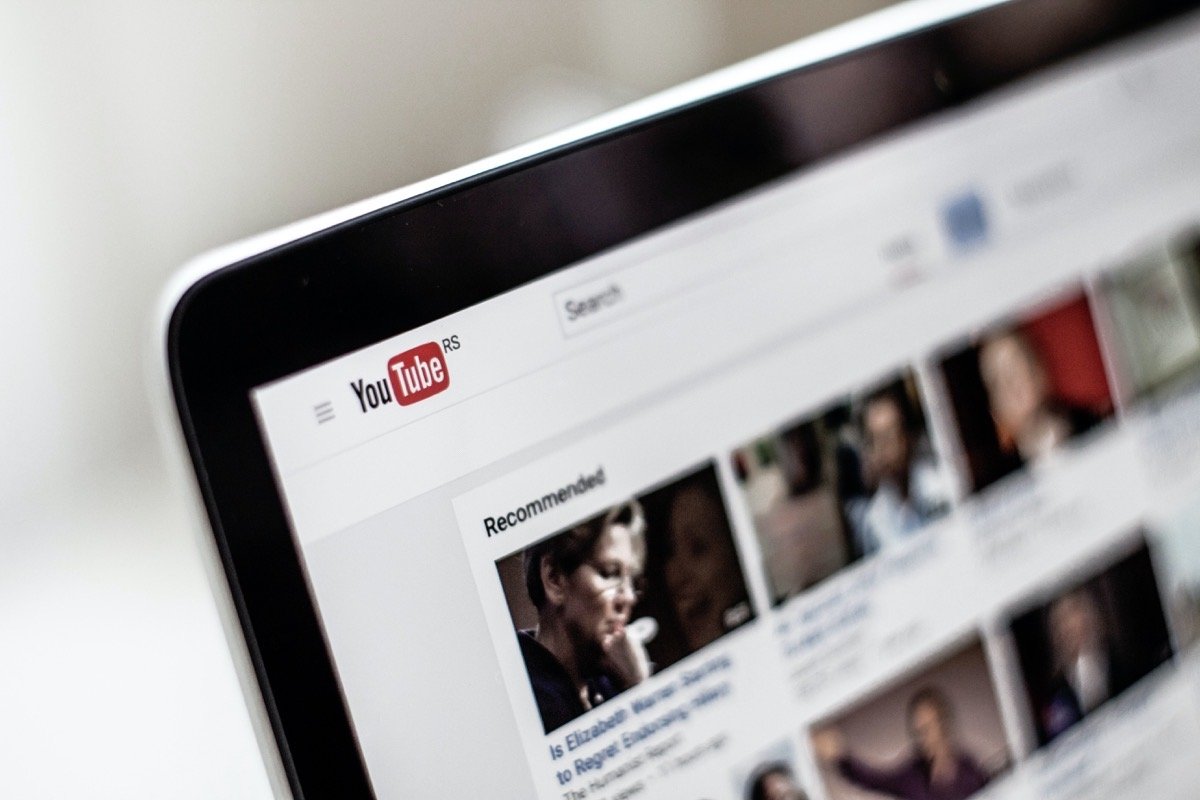 It is the most popular video platform on the planet, but also one of the largest resources to listen to music without any limit. It is completely free and just by accessing its website you can start listening to music. One of its advantages is that we will not only find studio music, but also versioned songs, video clips and live shows. Some of these are very exclusive. If you don’t have the premium version you’ll have to put up with ads, but you can listen to all the songs you want, either through the official video clips or videos with the lyrics of that song. 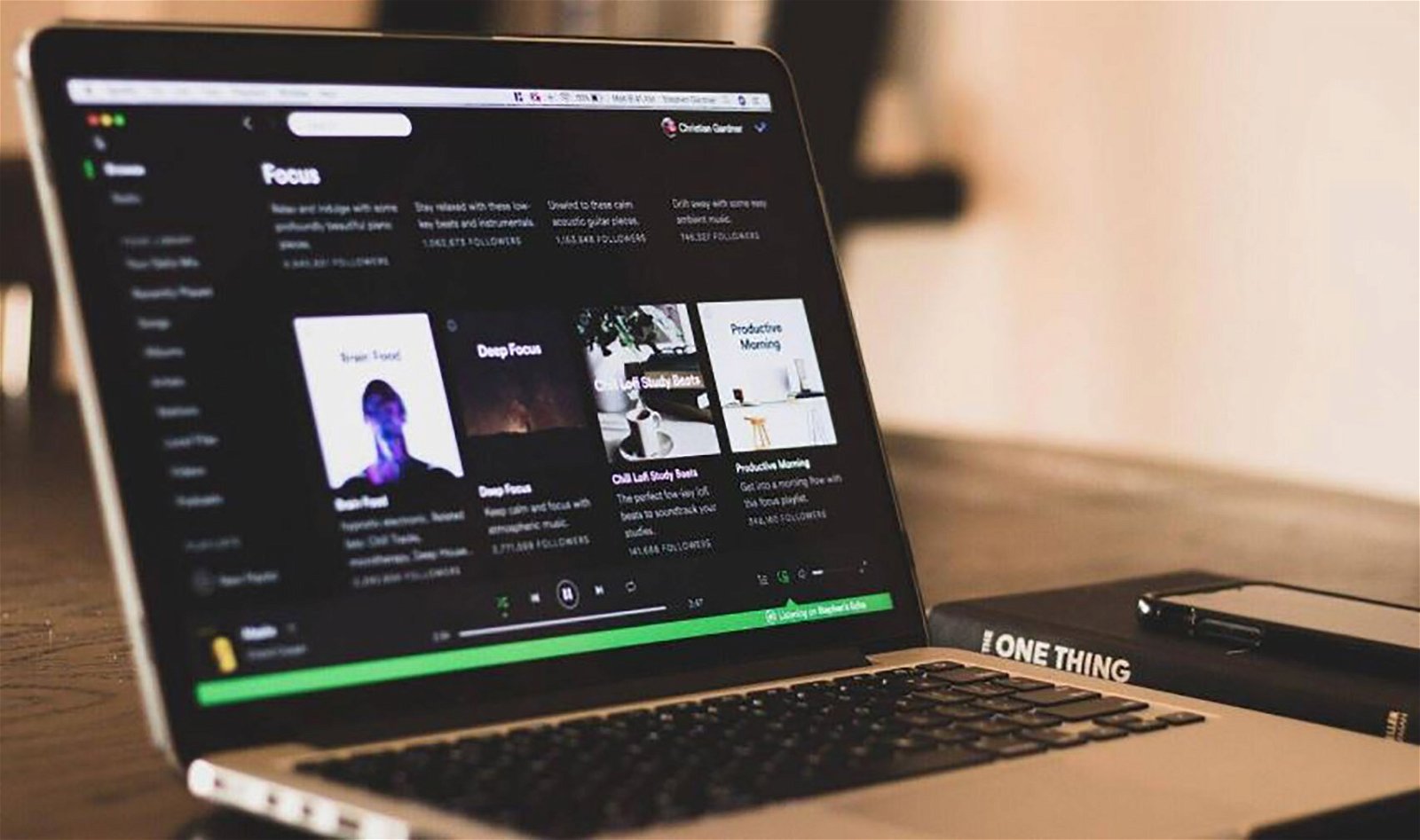 Listen to music on Spotify Web

From the video platform, we moved on to a streaming music platform. Spotify has multiple functions in its paid version, with downloads to listen offline, the option to create your own playlists or high-quality audio. However, the platform offers a minimum service for those accounts without any subscription, with which you can listen to all the music you want, but with certain restrictions. You will have ads between the songs, you can only listen to the list randomly and without being able to choose a specific one, in addition to having a limit to skip songs. 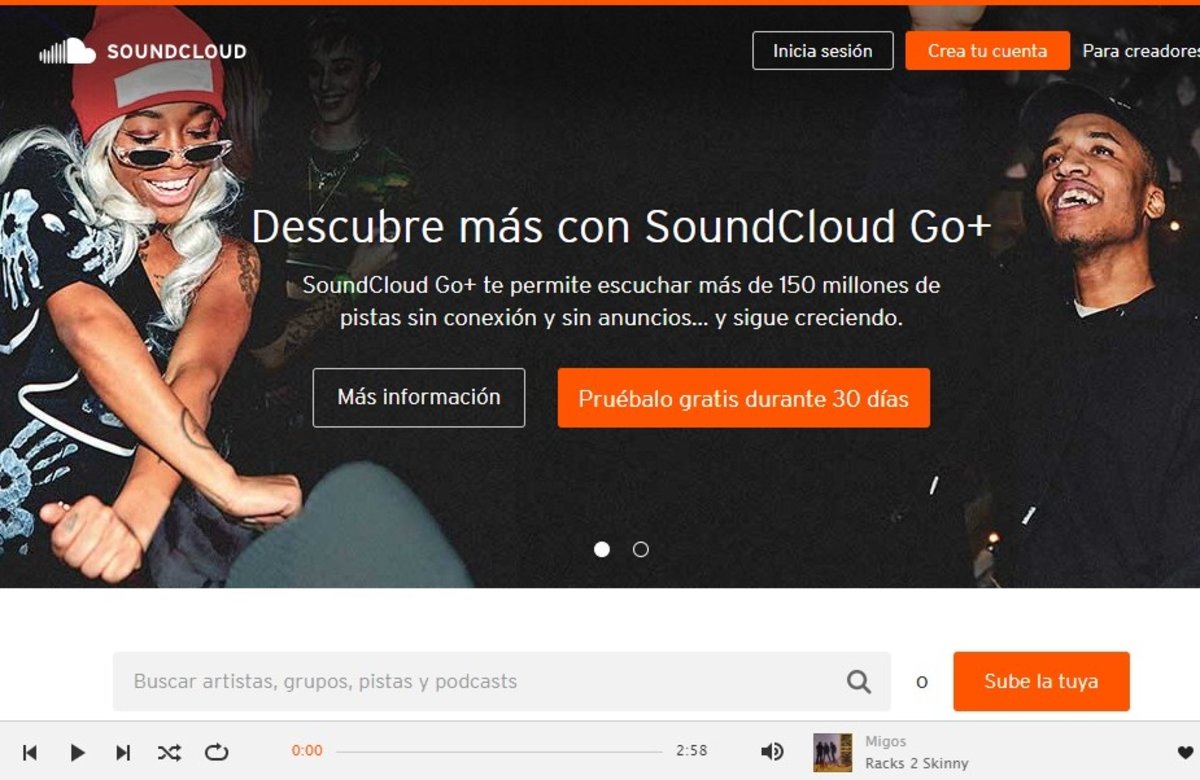 Another of the most demanded platforms to listen to music online and for free. Especially focused on electronic and urban music, SoundCloud has a very interesting catalog. Any user can upload their music and add their creations to the service. We have the possibility to explore between artists, groups, specific tracks and even podcasts. If you register and register a user, SoundCloud allows build a music library with all those songs or albums that you like or interest. It is an option that offers a somewhat different experience, because it is the closest thing to a music radio. The platform allows listening local, national and international radio stations. Many stations base their programming on music, so this will be a solid solution for many. Although it has a paid version that removes ads and gives access to the entire available catalog, the minimum service offered by the platform is enough to enjoy a good experience without having to pay anything for a subscription.

It has a similar approach to Soundcloud, because it is designed to DJ mixes and also for radio content. What predominates is electronic music, although you can find other types of musical genres, either from official profiles or from independent creators. The worst thing is that all the interface is in english, like the content, but it does not pose any problem to be handled on the web. Like the rest of the platforms, it has a mobile version through an app that you can download from the official iOS and Android stores.

The best apps to listen to songs without paying anything 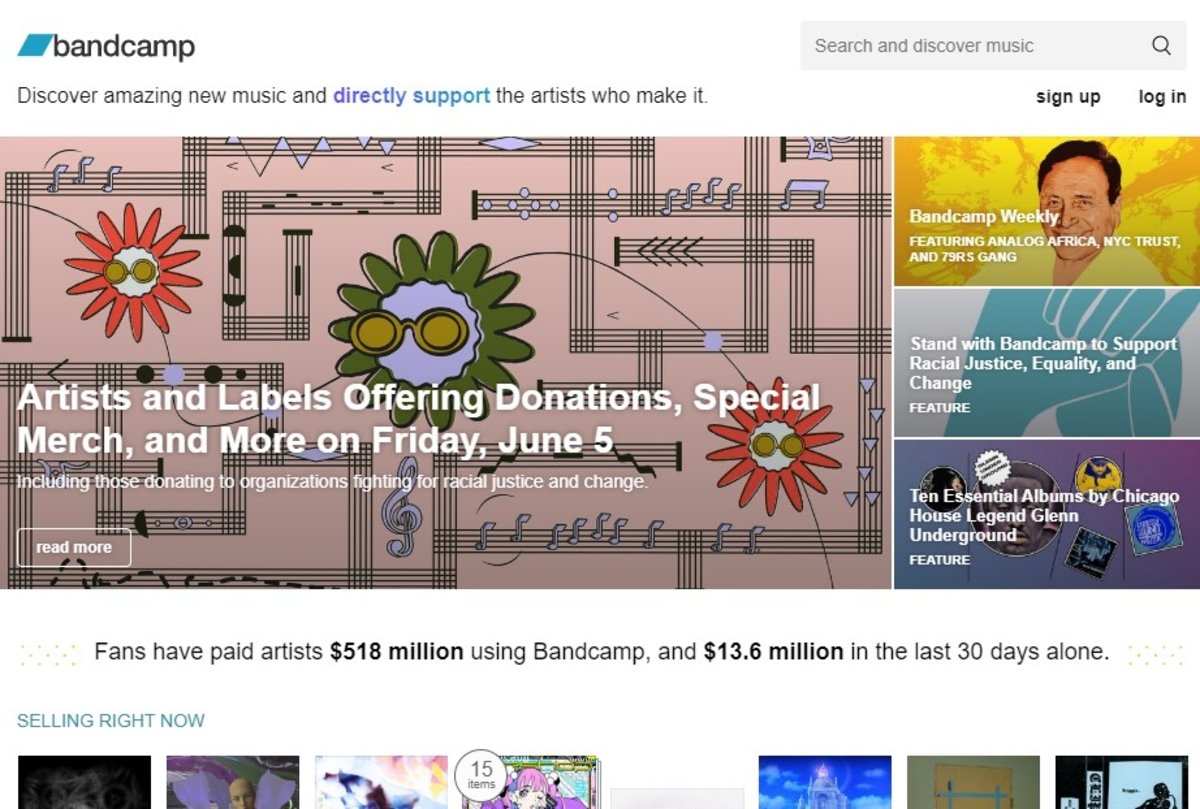 If what you are looking for is to renew your library with fresh music and stop listening to the most typical songs, this is your platform. It is a service offered pop music of independent artists, where you can find all kinds of musical genres such as rock, hip-hop, rap, pop, jazz, alternative and many more. There are many artists who sell their albums for a certain but quite cheap price, although they keep a fairly extensive free catalog. Also has filters to search for the right music for you, either by filtering by genre or by location, although it is a somewhat unknown service in Spain. It has an app for both Android and iOS.

It has a similar operation to TuneIn, since it is a music station with all kinds of genres in a format that is most similar to a radio. This is one of the disadvantages because it is not you who chooses the songs, but each channel goes shuffling the music randomly. However, all the content is free and there are no song restrictions, since you can listen to the greatest musical hits and the most current of the moment. It also has an app for both Android and iOS. 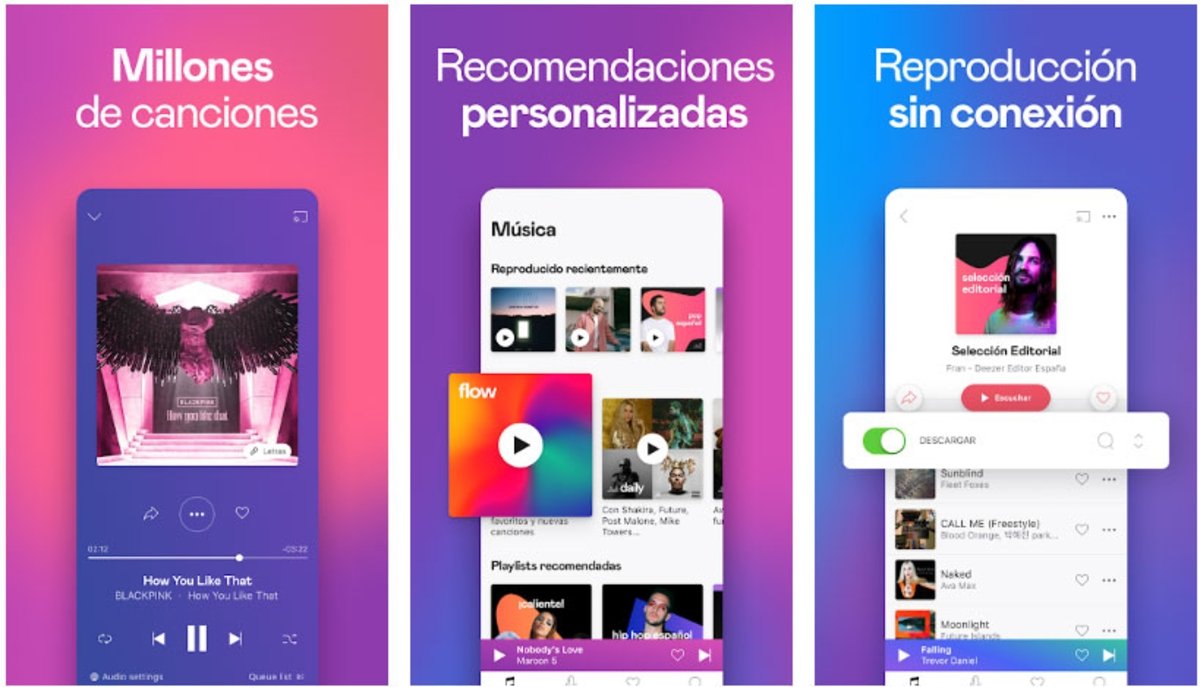 Music online and free with Deezer

It is one of the main streaming music platforms, along with Spotify or Apple Music. Its main power is in its paid service, but its free version is also quite competent. It has a catalog of 56 million songs, although you will have advertisements involved and you will not be able to pass the songs to your liking, as well as the need to have the Internet to play the music. Despite the obvious limitation in functions compared to the paid version, it is a multiplatform service, both on Android, iOS, web and even in the car. 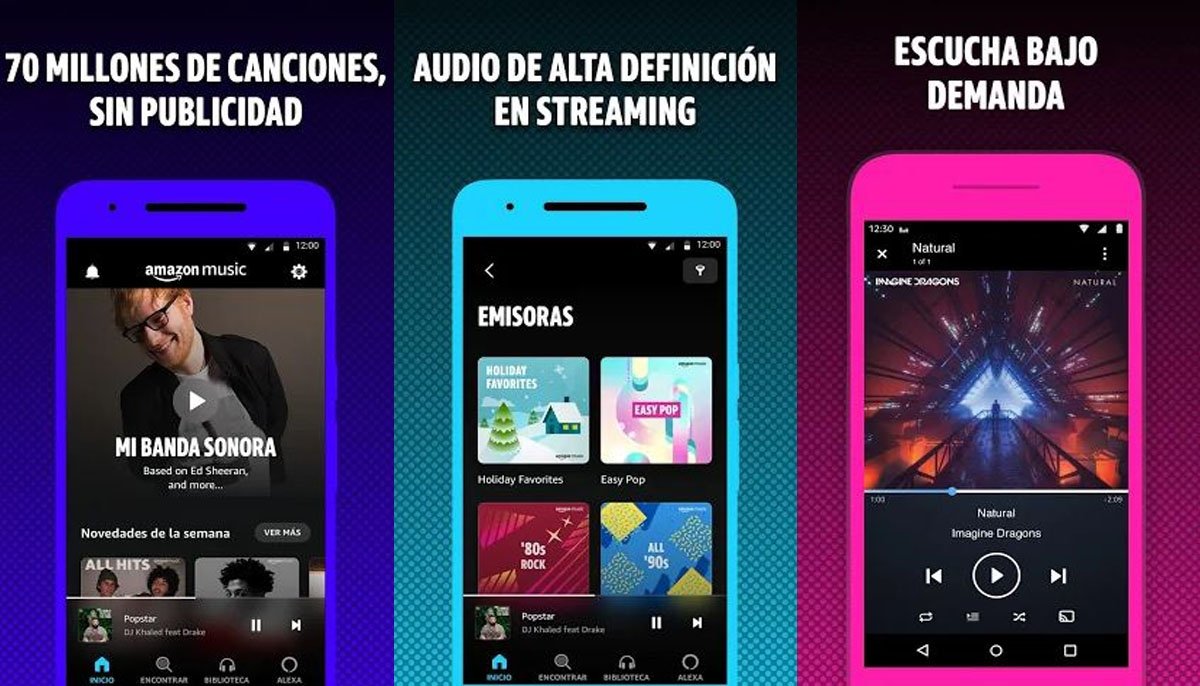 Another of the giants in online music that also works through a subscription, but with a difference. Although it does not have a free service by default, you can take advantage of your Amazon Prime to consume content on this platform. However, it still has quite a few restrictions compared to other more premium rates, but you can listen over 2 million songs, download them and even create your own playlists. So, if you have Amazon Prime for your online orders, download the Prime Music app on your mobile and kill two birds with one stone. 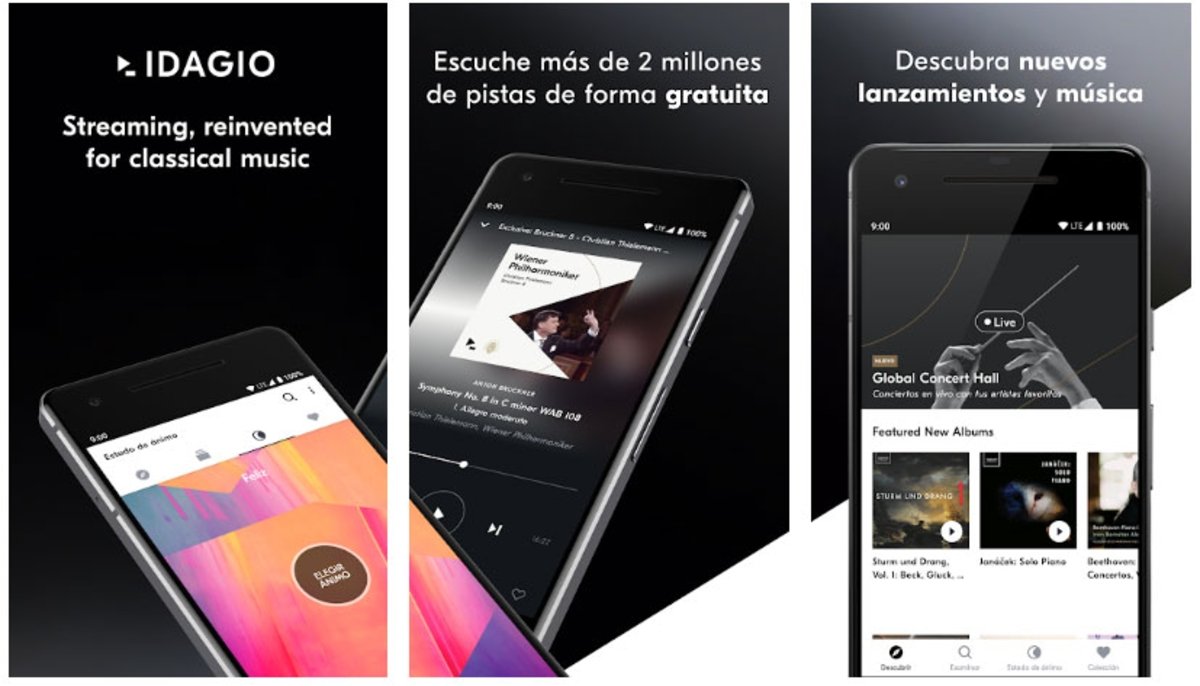 It is a lesser known platform in Spain, but very interesting if you are looking for a free option to listen to classical music. It is a very specific genre, but it has millions of followers around the world. Apart from its paid version, it has a free service where it offers over 2 million tracks, including commercial cuts and the restriction of downloading songs. Its app for Android and iOS are tremendously simple and with a very light interface.