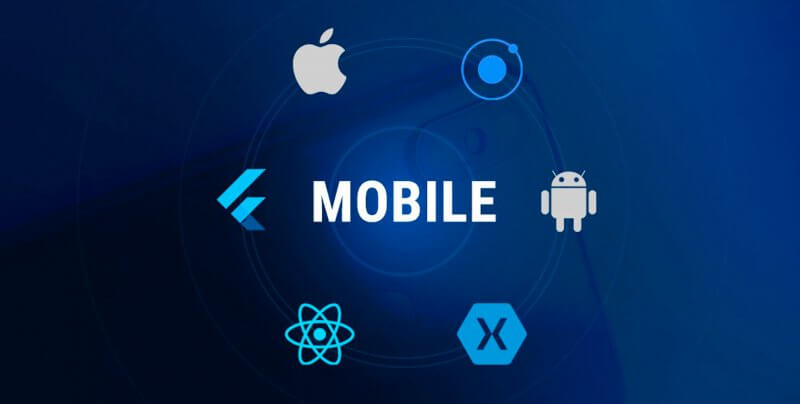 1. Ionic – popular framework with many features

Many developers rely on the framework and its many functions. With the extensive CSS section, for example, it is possible to create a design that is almost no longer different from a native app. In addition, the functionality of Ionic can be significantly expanded if you use the framework together with Angular.JS.

Besides, CLI has some exclusive options. An example is a Cordova-based application package as well as various integrated emulators that allow you to test your app immediately.

React Native is designed to develop native apps instead of hybrid apps that run on a Web view. If you are a beginner in developing applications, remember that React Native will be too complicated for you. With a little initiative, it should therefore not be a problem to quickly familiarize yourself with React Native. It becomes a true cross-platform framework that you can use for the two most important mobile platforms. Click here for more detailed information.

3. Appcelerator – framework based on Phonegap and Xamarin

All apps you develop with this framework are written in JavaScript. However, you must use an individual XML as well as the Appcelerator API to support some native functions. Ultimately, the compiled code is a mixture of native code and JavaScript. This achieves better performance of the hybrid app.

Download Titanium Studio – and here you go! The software is free in the basic version and comes with the Titanium SDK as well as with a series of mobile APIs and a cloud service, which serves as a backend for the apps. Titanium Studio also comes with a number of platform-independent APIs that make it easier to access the hardware of mobile devices.

Titanium uses Alloy. This is a framework that enables particularly fast development of mobile apps. Modules that you create with Alloy can also be easily reused for the various apps, resulting in significantly reduced development time and much fewer lines of code.

4. Phonegap – free framework for all platforms

Phonegap can be integrated into native apps. This framework can also be extended by many useful functions with which you can create even complex apps. Particularly gratifying is the fact that Phonegap is completely free.

Unfortunately, Phonegap is quickly overwhelmed with more demanding tasks. You have to overcome the first hurdle already in the development of the UI. The user interface must be created completely in HTML. If you are looking for a free framework for simple apps that don’t care so much about design, then Phonegap is a very interesting option.

Xamarin is a framework for cross-platform development of hybrid mobile apps. In order to achieve the highest possible level of cross-platform functionality, the software uses the Common Language Infrastructure (CLI) and Common Leage Specifications, often referred to as Microsoft. NET can be called.

The Xamarin framework uses a shared C# codebase. This means that as a developer, you can create native Android, iOS and Windows apps with a native UI using the framework. You can use the code platform-independently (sharing).

Among the frameworks for the development of platform-independent mobile apps, Xamarin is one of the market leaders. The software saves you time because many tools, functions and the most important parts of the code can be reused without any problems. In addition, you not only have influence on Xamarin and the Android API, but can also conjure up very sophisticated designs with the Android SDK and the GDK.

In addition, if you have any questions or problems, you can of course also get advice from our angular development company at any time.