The company told – when and from which city it will start 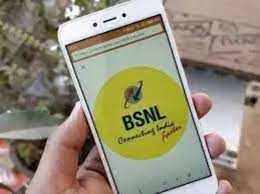 Share
Facebook Twitter LinkedIn Pinterest
Tech News Desk – Bharat Sanchar Nigam Limited (BSNL) is going to bring 4G network soon. State-run telcos said that 4G network is expected to be operational in Pune by the end of 2022. This information was shared by the official handle of BSNL India (@BSNLCorate) after a user inquired about the 4G status of BSNL. Network in Pune, Maharashtra. This is the same time limit for South Indian service by BSNL. The state is expected to launch 4G network in Kerala. The telco will test the 4G network in four districts of Kerala from August and then aims to launch statewide by December 2022. BSNL is currently awaiting vendor orders to install 40W radios at 6000 sites across the country. The longer it takes, the longer will be the launch of BSNL’s 4G network. It is likely that BSNL will be able to launch 4G in various states and cities of the country by the end of the year. By then some private telecom companies would have launched 5G network. 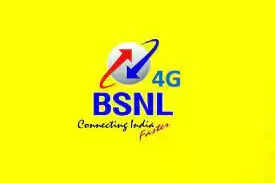 But the good thing is that BSNL has also worked with C-DOT (Center for Development of Telematics) on 5G NSA (Non-Standalone). Hence there is a possibility that BSNL can upgrade 4G sites to 5G NSA faster. Let us tell you, 5G core is not required for 5G NSA. It can be deployed on 4G cores and is less expensive than 5G SA. With the 5G NSA, the aim is mostly to deliver advanced mobile broadband (eMBB). For now, just as Pune and Kerala are expected to get BSNL’s live 4G network by the end of the year, so are other cities and states. Notably, BSNL is already offering 4G VoLTE services in some parts of the country, but not everywhere.

Why the autonomous car might not end traffic in the city

This is not a toy: a toy company creates a small vehicle to explore the surface of the Moon