The deepest pool in the world reveals new secrets 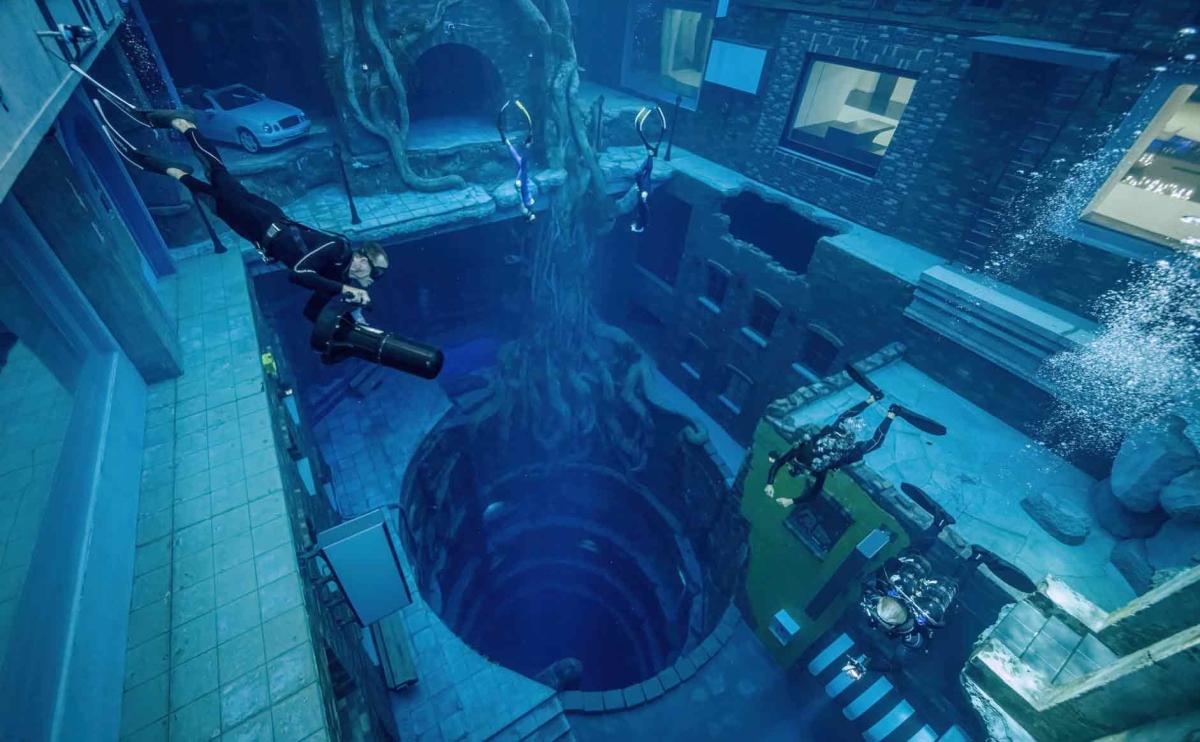 Share
Facebook Twitter LinkedIn Pinterest
Few manage to touch its bottom. Not only because of its depth, but because you have to go through a labyrinth that includes underwater temples, game rooms and various mysteries.

As we have already mentioned before,he Persian Gulf countries have become the richest in the world thanks to nearly a century of oil exploration. But if the increasingly worrying war climate and powerful lobbies resisting change don’t spoil it, in the coming decades oil and fuels will be replaced by renewable energies.

Countries like Saudi Arabia, Qatar or the United Arab Emirates are looking for new forms of income, and one of the most obvious is The tourism. They are pouring hundreds of billions of petrodollars into creating majestic and incredible tourist attractions. From science-fiction cities to impossible amusement parks.

A good example is Deep Dive Dubai, the deepest pool in the world, built in the city of Dubai, in the United Arab Emirates. You can see it in the opening video of the news.

Deep Dive Dubai it was presented last year, and since then it has incorporated some novelties.

It is not strictly a pool for swimming, but for diving. With their 60 meters deep, It is the deepest in the world. Only professional divers can reach the bottom, because it requires significant physical effort and a decompression room.

But the pool has different depth levels that allow both people who have never dived, as well as amateur or professional divers, to enjoy themselves.

Everything at Deep Dive Dubai is huge. Contains 14 million liters of waterthe equivalent of six Olympic swimming pools, and is four times larger than any other diving pool.

The water is kept at a constant 30 degrees in the 60 meters of depth, so it is not necessary to wear a diving suit. It uses a pioneering cleaning system that filters the 14 million liters of water several times a day.

The pool is not just a 60 meter deep hole filled with water. As seen in the video inside there is a submerged temple to explore, and very curious scenarios such as a game room with arcade where you can play chess or foosball, a room to watch movies, an underwater restaurant, and other surprises.

One of the novelties this year is a night tour that takes place at nightwhere diving in the dark, with a flashlight, is a completely different experience.

Do you have more information about Deep Dive Dubai in his web page.

a leak reveals the scenario of season 2 months in advance!