The deployment of the Movistar Smart WiFi 6 router begins: prices and conditions 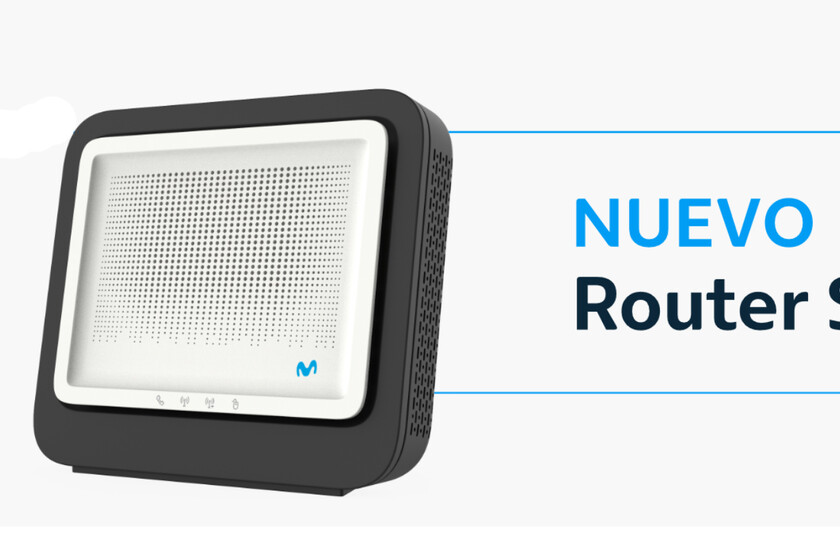 Share
Facebook Twitter LinkedIn Pinterest
Almost a year after launching its Smart WiFi 6 amplifier on the market, Movistar began a pilot test with a new Wi-Fi 6 router at the end of last year. A few days ago, after several weeks of rumors and leaks, the operator officially presented the device and finally confirmed its features and design.

In addition, the operator reported some details of its launch. The deployment of the team has already started and the conditions of your contract (including the price) They are also official. Next, we tell you everything we know.


Either you receive an SMS or you will have to wait

Starting with its design, the new Movistar Smart WiFi 6 router stands upright, it is more compact than the current model and has nine internal antennas (5GHz 5×5 and 2.4GHz 4×4). In addition, the LED status lights have also been reduced in size, number and power.

Thanks to WiFi 6 technology, it promises up to 3.5x faster connection speed than the WiFi 5 of the HGU router (reaches 4 Gbps) and a 25% wider coverage range. It also allows a greater number of devices to be connected at the same time, optimizing their energy consumption, and offers greater security thanks to the new WPA3 protocol.

Movistar confirmed that, initially, it will replace the old equipment of a customer base and, later, it will be marketed in after-sales through all Movistar marketing channels. As stated in the contracting conditions of the equipment, the Smart WiFi 6 router delivered as a loan or rent with a monthly fee of 0 euros.

Customers who have the fiber optic service with Movistar supported by the ONT and router equipment can purchase it, and they will have to pay “an activation fee of 70 euros” as long as they opt for the self-installable modality. If you prefer a technician to do it, the installation costs amount to 50 euros.

That is, 70 euros if you install it yourself or 120 euros if a technician does it. These prices include VAT for the Peninsula and the Balearic Islands (21%). To the above prices without VAT, it will be necessary to apply IPSI 10% in Ceuta, IPSI 8% in Melilla and IGIC 7% in the Canary Islands.

In this first phase, the Smart WiFi 6 router will be offered via SMS to a limited number of customers who have router+ONT equipment. In the event that he is interested, the user only has to confirm the shipment by clicking on the link in the SMS within a maximum period of 10 days. After accepting it, you will receive it free of charge within 48 hours at your home and it will be self-installable. Soon, its commercialization will begin.

Does Apple Care have the same conditions in all countries?