The DGT will make ADAS systems mandatory from July: what are they? 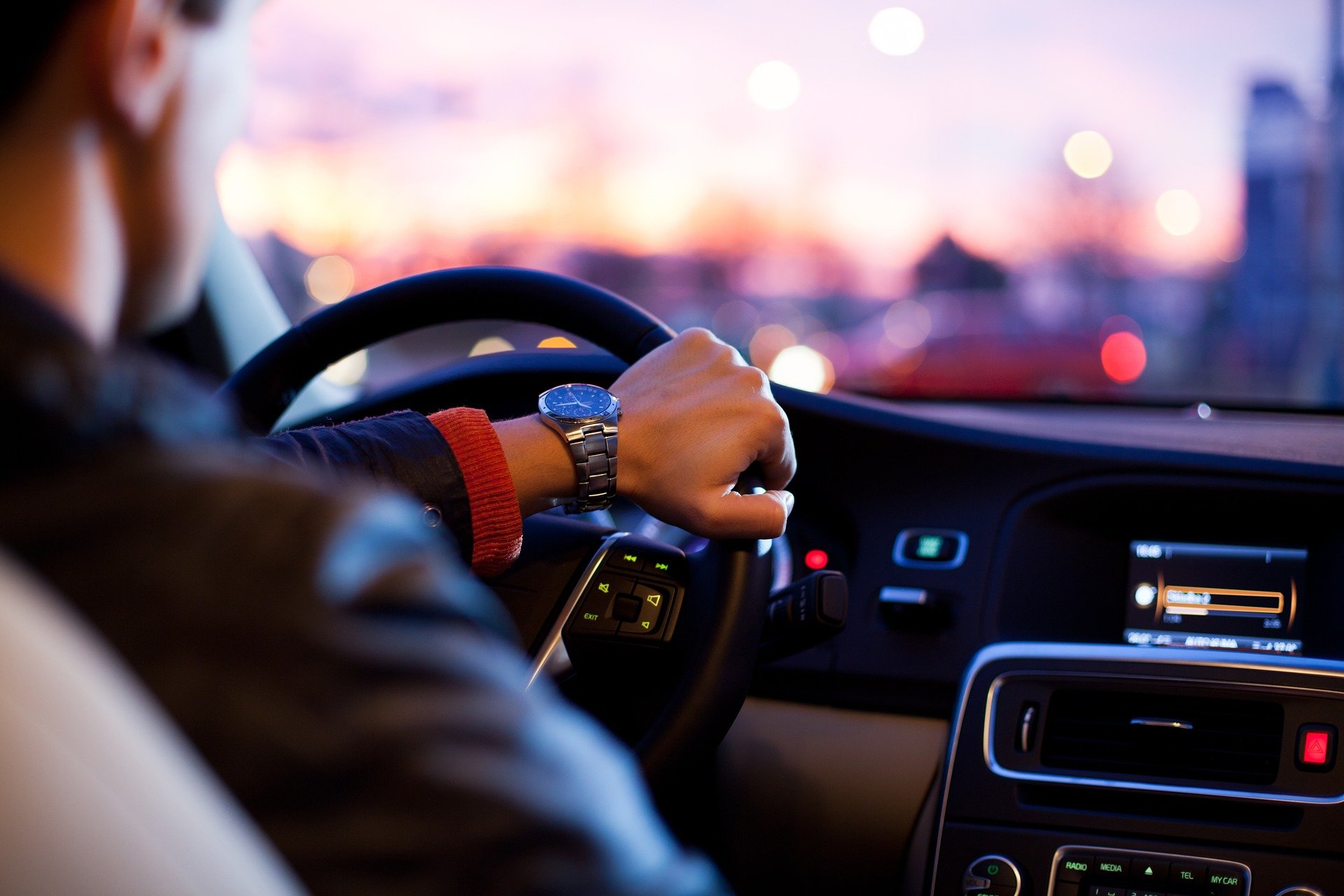 Driving safety. Avoid road accidents with the help of technology. To this end, the European Commission proposed last year that the cars of the future have ADAS systems, driver assistance systems that will reduce the accident rate. Its purpose, under the slogan Vision Cero: save more than 25,000 lives and prevent 140,000 injuries by 2038. And by 2050, the goal is to reduce fatalities and serious injuries to virtually zero.

It all starts this year 2022, in the month of July. As has been reported by the General direction of traffic (DGT) during the past year, “all cars must incorporate eight driver assistance systems (ADAS) as standard”. Automated driving safety to avoid accidents. Specifically, the obligation will be for “new vehicles approved in Europe from 2022, and new ones sold from 2024”.

ADAS is the acronym for Advanced Driver Assistance Systems, in Spanish, Advanced Driver Assistance Systems. The idea is that the car actively helps the driver. While safety measures at the wheel such as the seat belt or the airbag are focused on protect people during an accident, ADAS systems want avoid those accidents before they occur. This protects the driver, passengers and pedestrians.

eight are the ADAS systems safety at the wheel that must be incorporated in European cars approved from this year and that will be mandatory in new vehicles sold from 2024. Its function, avoid accidents by helping the driver through technology.

We talked about the first one last year when it was announced by the General Directorate of Traffic. According to its official magazine, “The ISA is a system that connects the Adaptive Cruise Control (ACC) with the Signal Recognition system through software, controlling its position on the road. relative to the speed limit that governs each section. Specifically, “the vehicle uses cameras, radar and GPS in combination with a digital map.”

Unlike speed limiter, the ISA system automatically adapts according to the track section. You do not have to program it in advance. In both cases, the driver cannot exceed the indicated limit.

The rear cameraobviously, helps to maneuver backwards. But it has more advantages. They help to park and unpark, warn if there is an obstacle, fixed or mobile, or a person less than 30 meters away. On some models, you can stop the vehicle before the collision with obstacles or other vehicles or run over occurs.

This ADAS system can employ a 360 degree camera. In some cases, they overlap red arrows on screen to point out the direction of potential danger. For the rest, it also has progressive sound warnings and, finally, the activation of the brakes.

The LDW system (Lane Departing Warning) warns you if you unintentionally change lanes. Using a camera in front of the rear view mirror or sensors, the vehicle detects the lines that define the lane to distances between 60 and 100 meters.

According to the official magazine of the DGT, “to complement the assistance, the evolution of this technology is the LKA (Lane Keeping Aid) or LKAS (Lane Keeping Assist System), a active lane keeping system that, faced with the possibility of leaving the trajectory delimited by the lines, is able to move the steering wheel or, in some cars, intervene on the stability control (ESP), acting on the brakes and on the wheels opposite to those that are on the line”

To prevent the driver from falling asleep at the wheel and therefore losing control of the vehicle, this ADAS system has the mission of detect fatigue. For this, it has two safety measures at the wheel. The first, the steering wheel itself. And the second, a camera. According to the General Directorate of Traffic, between 20 and 30% of accidents They occur directly or indirectly due to driver fatigue.

The steering wheel has a sensor that analyze the pressure exerted by the driver. Also the movements of the hands and the changes of direction. If it detects constant corrections or sudden movements, it is activated. As for the camera, monitor facial features, especially the eyes and the movement of the head. This system can also monitor the time the engine has been running. After two hours of driving or if it detects any abnormality, the vehicle emits a light signal on the dashboard.

BAS is the acronym for Brake Assist System and EBA stands for Electronic Brake Assist. They are actually the same technology, with two different names. This braking assistant allows you to shorten the reaction distance and is related to two vehicle systems that have been standard for years: ABS and stability control.

How does it work? Previously, by means of sensors it detects the obstacles that we have in front of us. Distinguish between pedestrians and other elements. With a light and sound warning, the driver is notified. When we brake suddenly or the intensity of the tread is high, the system detects if that intensity is adequate. If not, the system applies the maximum braking intensity until we lift our foot off the pedal. That is, if you do not react to the warning, braking is activated automatically. It also tightens the seat belts.

This emergency braking system in the event of unforeseen obstacles operates at speeds between 5 and 40 kilometers per hour, the usual in residential and/or urban areas. More modern systems also activate at higher speeds.

According to data from the National Institute of Toxicology, in 2019, 45.5% of drivers who died in traffic accidents who underwent an autopsy gave positive for alcohol, drugs and/or psychotropic drugs. These data, compiled by the official magazine of the General Directorate of Traffic, support the importance of this ADAS system.

From 2022, homologated vehicles in Europe must have a pre-installed breathalyzer. In addition, it will include a start-up lockout of the car that will be activated if the allowed limits are exceeded. Specifically, it analyzes a rate between 0 and 2.5 milligrams per liter in a maximum time of 25 seconds.

The car screen will display the information. It must have Internet access via WiFi and a memory to store 100,000 tests. According to the DGT, this system “incorporates fingerprint recognition, pupil, facial detection or digital photos that are stored in memory to always identify the user and prevent fraud”.

Starting this summer, European cars will have black boxes, a safety device at the wheel that planes already use. EDR is the acronym for Event Data Recorder, translated as event data logger. Its mission is to record more than 15 variables, in addition to the day and time.

These variables are “vehicle speed, braking, engine revolutions, frontal and side impact force, steering movements, accelerator position, operation of safety systems such as airbags, belts or certain assistants”, etc. With these data it is intended to obtain better analyzes in the event of an accident in order to improve driving safety introducing new technologies and improving the ones we already use today.

Specifically, the black box will record the data during the 30 seconds prior to the accident or loss and the 5 seconds after. Using a computer, the data can be extracted from the black box for analysis and investigation of the event.

Belt alert in the rear seats

Is about one of the most implemented measures for the new vehicles that we have mentioned previously. The seatbelt alert in the rear seats requires no explanation. Show a visual warning on the dashboard if any of the belts is not correctly placed, in case that seat is occupied. The warning is also usually audible.

Depending on the model, this ADAS system is activated with the vehicle on or when it starts moving and exceeds 25 kilometers per hour or more time has elapsed than necessary to fasten seat belt.

As a reminder, the seat belt is mandatory for the driver since 1974 and for the rear seats since 1992. However, a security system as basic as this is still not used, especially by passengers. Otherwise, the rear seat belts are sometimes supplemented by rear or side airbags, depending on the vehicle.

This is an updated version of an article previously published in Hipertextual.