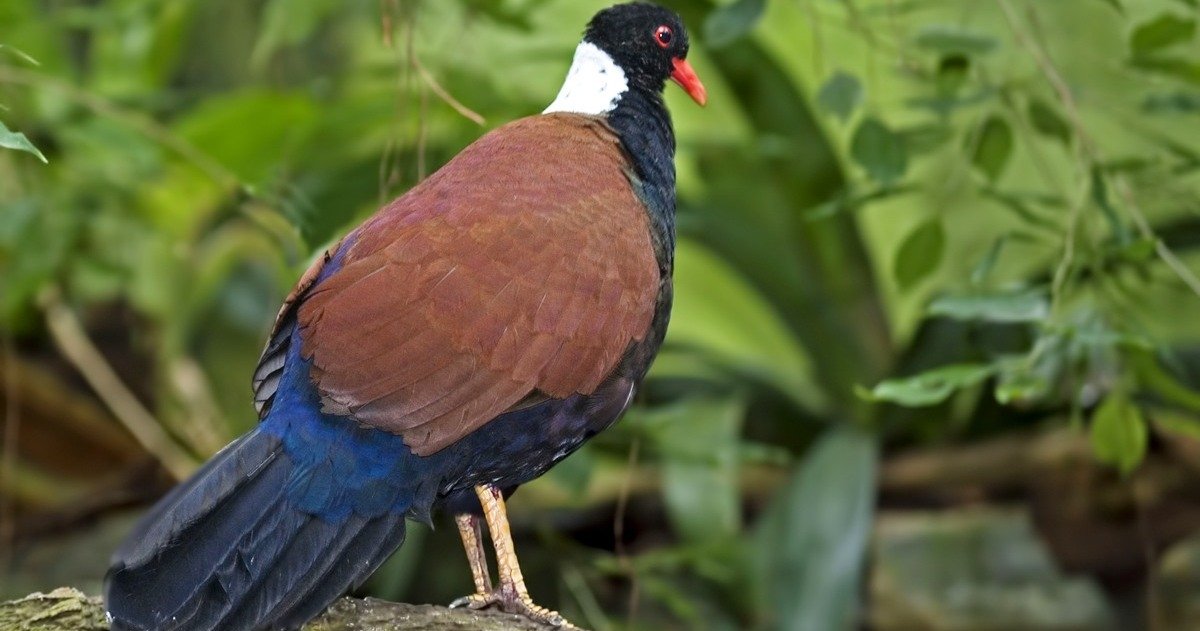 Share
Facebook Twitter LinkedIn Pinterest
Contents hide
1 Researchers discover, against all odds, a species whose last sighting was from 1882
2 Papua New Guinea witnesses the appearance of a bird that was thought to be extinct

Researchers discover, against all odds, a species whose last sighting was from 1882

Fortunately, there are still millions and millions of hectares of jungle that have not been exploited by humans. In these places, there are all kinds of animal and plant species and, of course, some of them have not yet been discovered and analyzed in depth. In fact, in the official records there are some animals that were known for the first time decades ago and, however, have never been seen again. A particular case is that of the black-naped pheasant pigeon, a bird of which there was no record since 1882.

Now, 140 years later, it has been possible to verify how there is a specimen that at least lives in Papua New Guinea, a piece of land that coincides with that of its discovery. This is an encounter that has taken place thanks to the installation of a camera trap in the middle of nature. The animal, seeing that there was no human being in the vicinity, wandered around the device, ignoring it. This, however, meant proof of the existence of the animal, a key element to understand their survival.

The non-extinction of this bird was clearly celebrated by the researchers who collaborated in the search project. In fact, according to information from Up Worthy, we are facing a unique moment due, above all, to belonging to the Cornell Lab of Ornithology. Here is the proof of life of this bird of which had not been known for almost a century and a half and, of course, what this discovery means for its preservation.

The recording, of just a few seconds, allows us to clearly see how it is a black-naped pheasant pigeon, the bird that had not been heard from for 140 years. It is a species that attracts attention due to the tonalities present in its feathers. This has been possible thanks to the cooperation of indigenous people, who know the terrain well enough to have guided the researchers.

I am super excited to share the first video of the Black-naped pheasant-pigeon, a species from Papua New Guinea lost to science for 140 years! @ABCbirds @rewild @Jordan_Boersma @johnmittermeier pic.twitter.com/QplRA36Xr0

The investigation has been led by Jason Gregg, the person who deposited a camera he had recently bought in the middle of the jungle. After hitting the button to start the recording, he disappeared from the scene in order not to arouse suspicion. Some time later, when they collected the images, he stopped to watch the recording to see if there was anything of interest. The discovery was huge, since a specimen of the species they were looking for appeared on the scene with the peculiar movement similar to that of a conventional chicken.

It is, without a doubt, a unique discovery. It is true that it is not part of the list of most prominent endangered animal species, but considering that it has been seen for the first time in so long, there should not be many specimens in their habitat. The confirmation of its existence will allow carrying out new studies that allow this class of pigeon to increase the number of members to ensure its future presence. It had been 140 years since the existence of this species was witnessed. Image: One TV

What would it look like to place the incredible helmets for birds that are becoming popular in large stores on your head? It may have served to avoid blows to the head and, therefore, contribute to the growth of the species.