The era of SMS.. Who sent the world’s first SMS, how did it start? 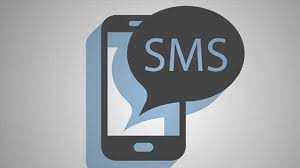 Share
Facebook Twitter LinkedIn Pinterest
Tech News Desk – Technology has progressed a lot, today we talk about video calling, AI, virtual world. But there was a time when people used to send telegrams to each other. Good or bad, every news used to take days to reach. But today we tell our friends or family about ourselves in minutes by sending messages or video calls. But have you ever wondered how this chain of messages started? Very few of us would know that SMS is also called Short Message Service. This is because in one message you can write your words in 160 words. If you type more words than this, these messages are broken into smaller segments. But the question is who sent the first message? Today people send messages with emoji from any corner of the world within minutes. But 30 years ago, a 22-year-old boy sent the first message to his colleague. This guy was a software programmer named Neil Papworth. Neil sent this message to one of his firm’s boss, Richard Jarvis, in which only ‘Merry Christmas’ was written.

However, Mr. Jarvis is away at a Christmas party, so Neil doesn’t get a reply. This message was sent on 3 December 1992 to test this new technology of that time. This is a great achievement in the world of technology. Vodafone says Neel was working as a developer and test engineer for its client Vodafone and had built the short message service (SMS) for the company. About seven years after the message sent by Neil, i.e. in 2009, text messages started being sent on many networks and it also gained a lot of popularity. Now almost all telecom companies provide 100SMS/day facility to their users. But there was a time when recharge plans used to come for SMS as well. At that time there was no WhatsApp and this internet service was also expensive. SMS was a big help for the people then.