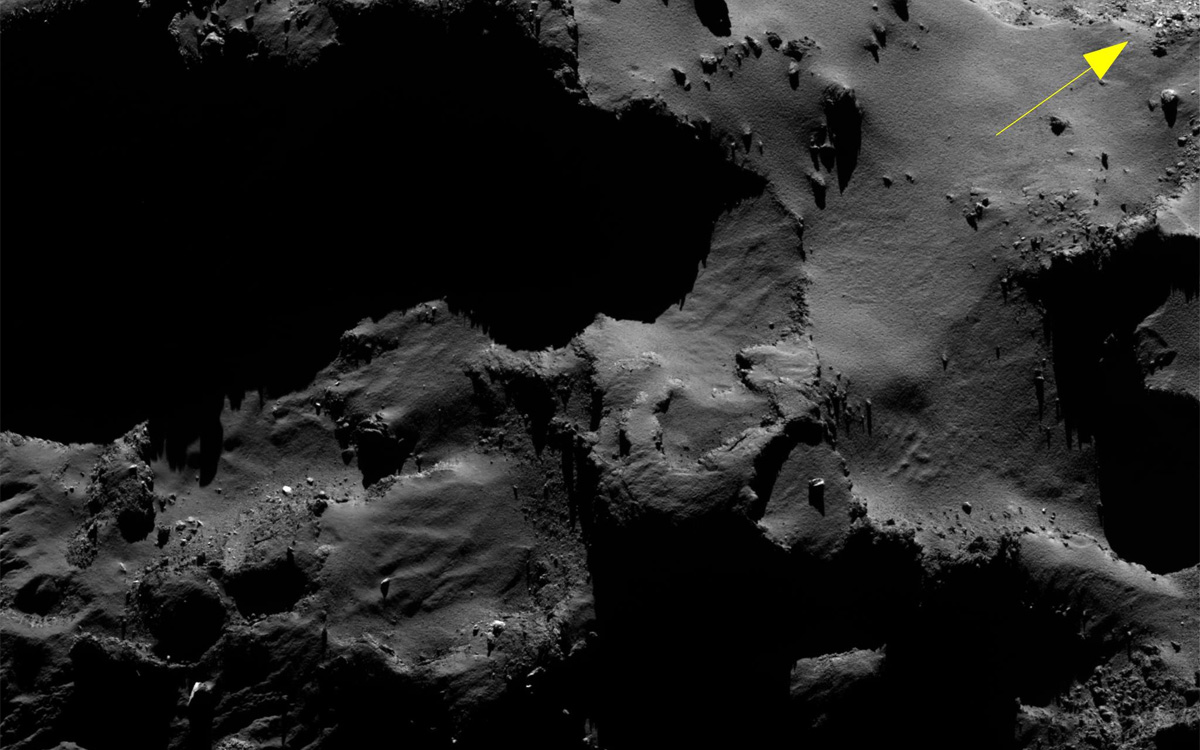 Share
Facebook Twitter LinkedIn Pinterest
The European Space Agency needs volunteers to take part in an open online spot the difference game. The goal? Compare images of a comet captured by the Rosetta space probe in order to find changes in the terrain over different periods.

It’s not every day that the European Space Agency needs the help of internet users. In effect, ESA calls on users to participate in a rather unique online spot the difference game. As you may remember, in 2014 the institution launched the Rosetta probe. Between 2014 and 2016, the device traveled through the solar system alongside comet 67P-Churioumov-Guérassimenko, more commonly known as Chury.

With his camera ultra high definition called Osiris, the space probe was able to immortalize the surface of the asteroid from every angle, and this during these two years. These shots made it possible to observe precious phenomena, such as the heating of the icy surface of the comet by the Sun. Now it’s time to analyze these thousands of photos. An important step for the European Space Agency, which hopes to learn more about the origins of our solar system.

And precisely, the European Space Agency needs the help of Internet users to identify changes that may have taken place on the surface of the comet between 2014 and 2016.”Given the complexity of imaging, the human eye is much better at detecting small changes between images than automated algorithms.” assures Sandor Kruk, astrophysicist at the Max Planck Institute for Extraterrestrial Physics in Munich, Germany. He himself is at the origin of this citizen science project.

Read also: Europe trembles before the domination of SpaceX and its Falcon 9 rocket

Via an online tool called Rosetta Zoo, Internet users are invited to compare side-by-side images of comet 67P, captured before and after its approach to the Sun. Users can manipulate the images as they see fit, by rotating them, zooming them, and can circle the elements that have undergone changes (such as dust, rocks or erosive elements that have moved, disappeared or appeared for example ).

“In recent years, astrophotographers and space enthusiasts have spontaneously identified changes and signs of activity in images of Rosetta.” says Bruno Mérin, head of ESA’s ESAC scientific data center in Spain. “Except for a few cases, however, it has not been possible to relate any of these events to surface changes, mainly due to the lack of human eyes sifting through the data set. We definitely need eyes!”, he certifies.

As the ESA specifies, this voluntary work will be used to produce maps of the active zones on the surface of the comet. These cartographic data will then be used to establish new models of cometary activity.