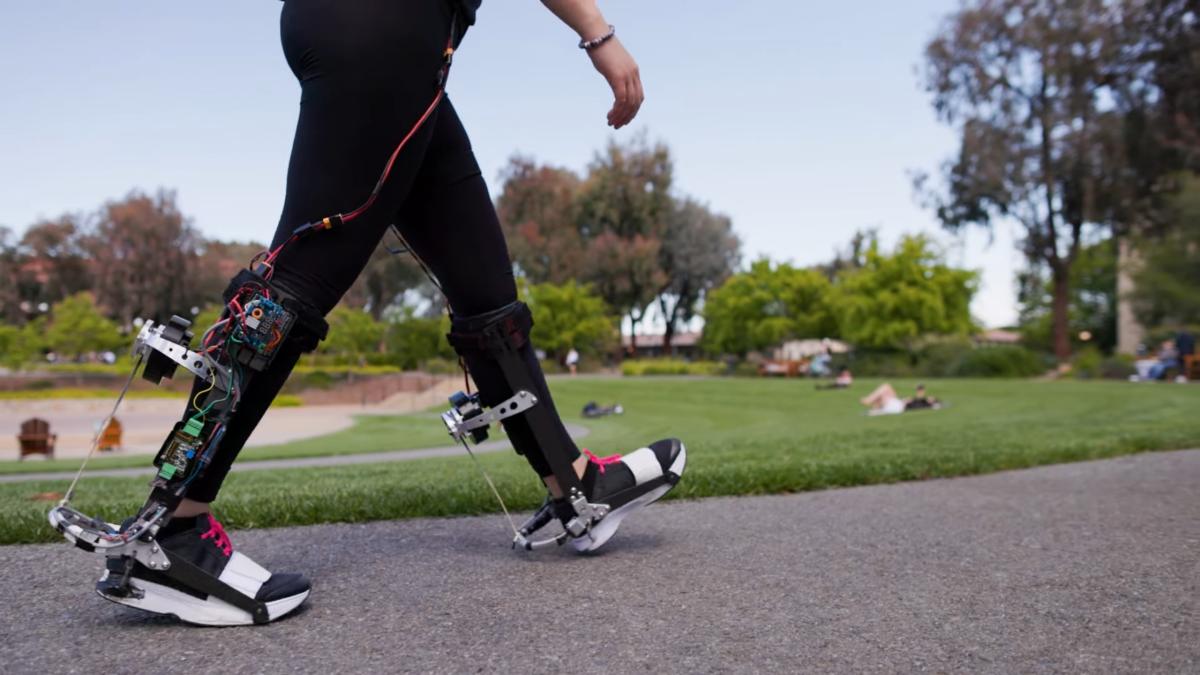 Share
Facebook Twitter LinkedIn Pinterest
Many people need help walking, either because of a medical problem or because strength and endurance are lost with age. Now a team of scientists has invented an exoskeleton that can help millions of people.

With the goal of one day helping people with mobility problems, scientists at Stanford University have been working on an ankle exoskeleton designed to make walking easier. It’s like wearing a robot in the legs, without the discomfort of costume.

The group just introduced its first untethered version for use beyond the lab, which adjusts its level of assistance on the fly and offers a boost similar to taking off a 30-pound backpack. Hombre de Hierro It is very far from this concept.

We have seen a couple of recent examples of these exoskeletons designed to offer assistance in the ankle joint. In research published last year, the team demonstrated a version of the device that could increase a user’s walking speed by 40%.

How the robot that helps you walk works

By connecting the subjects to these emulators, the researchers were able to collect movement data and adjust the systems to deliver the optimal level of assistance based on gait and energy expenditure.

These emulators were key to the team’s research and development, and allowed for a high degree of individualization with assistance tailored to the subject.. But they have obvious limitations when it comes to the potential of these exoskeletons in the real world.

The new exoskeleton is a motorized robot boot that applies torque to the ankle, thus performing part of the function of the calf muscle, helping the wearer propel themselves with each step. And much more comfortable than a conventional suit (hopefully Iron Man’s, but no).

The boot incorporates cheap sensors to monitor movement and uses machine learning algorithms. to adapt the level of assistance based on the way the person walks.

The team claims that the exoskeleton takes about an hour to get used to the wearerbut once you do, offers energy savings and speed increase equivalent to dropping a 14kg backpack. The exoskeleton is still priceless and its idea is medical.

Like this or more toxic? Almost 40% of Mexicans admit to checking their partner’s cell phone