The first foldable iPhone will have the superpower we need 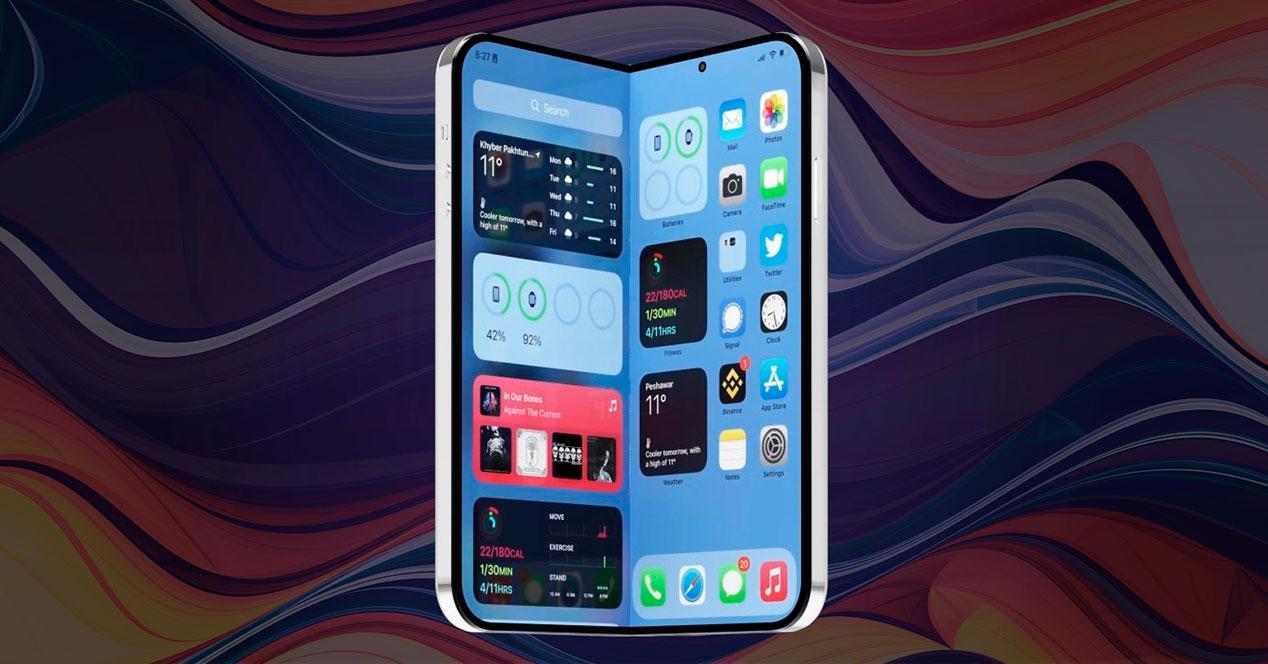 Share
Facebook Twitter LinkedIn Pinterest
Since touch screen mobiles came into our lives, a problem has been repeated that has become the worst nightmare of many, we refer to the broken screens. Its fragility in all types of smartphones means that there are many who have to change their mobile and a few others who are forced to pay for a glass repair.

Apple has the solution in mind, as it has been fighting to protect a patent tooth and nail for several years. Now, it seems that he has finally got his way and has gained the ability to exploit it freely, without other manufacturers being able to preempt his moves. As far as we have been able to know, it is, in general terms, the development of a screen that repairs itself. This would undeniably mean a turn of the screw in the world of phones and technology in general.

The most common problems on screens, those of walking around the house, would be forgotten with Apple technology. We cannot expect a completely broken glass to compose itself, but, nevertheless, it would do it as if by magic in a tiny mark, those that little by little prevent us from having a perfect screen.

To make it possible, in the patent registered by Apple we can see that the panel will be made up of several layers and in one of them, the material used would have the ability to expand in case of breakage. In this way, without having to worry and possibly without realizing it, the phone will be like it just came out of the box.

However, we can also read between the lines that the superpower of fixing the screen could be multiplied with external stimuli, where flexible technology comes into play. The heat could be another stimulus that will facilitate repair, such as the one generated inside the phone when putting it on charge. The materials used would be very different from those of current panels, gaining flexing and expansion capabilities.

Samsung, OPPO and other manufacturers already have folding phones on the market, having left the firm of the bitten apple far behind. With the integration of a differentiating point such as self-repair, the iPhone will hit the table again and show that they always have something to surprise us with and who knows whether to create a trend.

After several years living behind what Xiaomi or Samsung does, it is time for Apple demonstrate its capabilities. We cannot forget that it is the most prestigious brand and the one that originally showed the greatest interest in reinventing itself. When it comes to new products, the company has always put its full potential on the table and perhaps with this patent in its hands, it is capable of showing us how all folding products should be from now on.

There is no set date on the calendar for the first folding iPhone to see the light, although with this step forward, we can begin to dream.