the first generation social network that never got off the ground 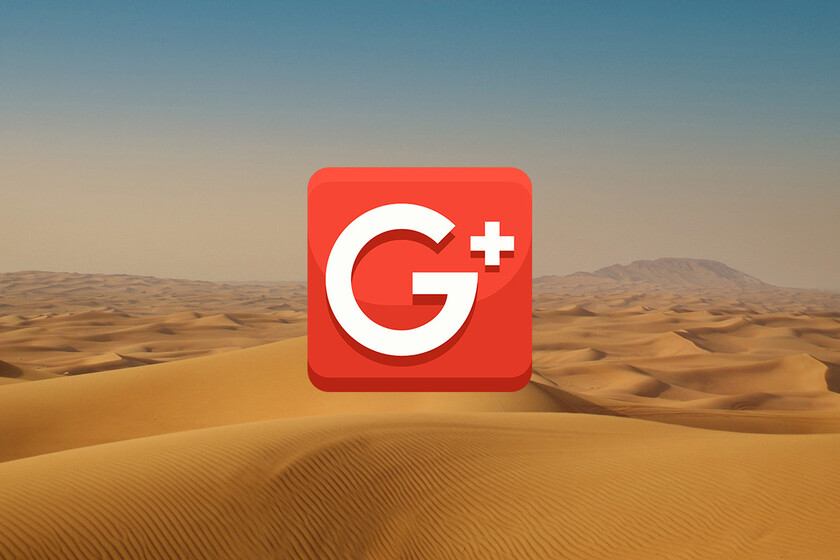 Share
Facebook Twitter LinkedIn Pinterest
Google+ was the most serious attempt to date by Google in the field of social networking. a decade ago, It seemed that Google+ was going to eat the world and have a major role as the social layer of Google, as a social network and as an important part of Android. It was not so.

We review the tragic history of Google+, being a textbook example of Google’s usual practices in social matters and communication, as well as the legacy that has left us in our Android phones.

Google had been flirting with social networks before, as is the case with Google Friend Connectthe most recent google buzz (which did not generate much buzz, all told) u orkutwhich survived longer than expected in Brazil, but all of these projects paled in comparison to the ambitions of Google+ we met in 2011.

Google+ was Google’s most ambitious bet in the social field, trying to overshadow Facebook

Google+ did generate some buzz at its launch, as Google chose to repeat the Gmail formula: invitations to enter in this alternative to Facebook or Twitter. Back then, both networks were filled with people moving to Google+ for this or that reason.

Google+ came to Android as an application from day 1 and, all told, it was a pretty ugly and poorly organized appwith a place to see the newsfeed (either streaming), the chat, your profile, photos and the famous circles, which were nothing more than lists of friends that you could use to configure your privacy.

In essence, Google+ was trying to be similar to Facebook in terms of its presentation but inviting you to share publicly, like on Twitter, as well as serving as a the social layer of all Google applicationsenriching a user profile that until then consisted of a name, a photo and little else.

The app did not take long to improve its appearance with successive redesigns (which almost became obsessive, arriving every year), while video calls to meet (or hang out) ended up becoming in a separate app, Hangoutsalthough that is another tragic story for another day. Google tried to put Google+ in the soup

The launch of Google+ made Zuckerberg quite nervous, which reacted by improving Facebook with inspired news and Google also stepped on the accelerator so as not to lose momentum. The next year the social component of Google+ improved with themes, hashtags, communities and events, among other novelties.

Secondly, Google+ began to invade Android phones. Google+ itself came pre-installed and it didn’t come alone, but its messaging part was added as an additional icon called Messenger and that would later mutate into Hangouts. As if this were not enough, Google+ Local arrived, heir to Google Places.

Many apps, and many integrations. Google wanted to put Google+ everywhere possible, which caused quite a bit of controversy, especially the fact that it was necessary to use Google+ to comment on YouTube. Google+ became your Google account profile, and with that excuse Google “forced” you to fill out your Google+ profile, whether you wanted to or not. These are some of the integrations that arrived:

Three years later, the dating stage was beginning to disappear and users began to be a little tired of finding Google+ in their soup. Google+ seemed to have identity problems and this internal crisis became evident when The father of Google+ left GoogleVic Gundotra.

Simultaneously, at Google they had the sudden realization that having four simultaneous messaging services is not ideal: Google Talk, Google Voice, Google+ Messenger and Hangouts. Rumors of the merger of the applications began to arrive and also the cuts: the Google+ games said goodbye. This was Google+ after its umpteenth redesign, in 2014

By then Google+ began to smell closed, although it was still receiving improvements here and there and periodic redesigns of its interface. It was the calm before the storm or, at least, before beginning the cutting of the social network to reuse the pieces. From Google+ Photos we went to Google Photos, a separate app

In 2015, it’s already clear that Google has slowed down with Google+ and so have its ambitions. They no longer seek to take the site away from Facebook, but rather it is presented as primarily a social layer of the Google ecosystem. What was linked to Google+ two years ago begins to unlink: In 2018 Google announced a “big redesign” of Google+, but instead what ended up happening is the announcement of its closure

With the previous scenario, in 2018 Google+ was in no man’s land: it was neither a social network capable of dealing with Facebook nor was it Google’s shared social profile. It survived as a niche social network: much loved by a few, ignored by the rest.

For many, Google+ was in a coma, but the then manager of the social network, Leo Deegan, announced a complete remodeling of Google+ from scratch, not so much in terms of functions, but in its code. Does this mean that Google hadn’t given up on Google+ yet? Nope.

In 2018, Google announced the closure of Google+ after finding a security problem that would have exposed the data of millions of users.

In February, Google said it was redoing its app and in October it announced the closure of the social network arguing a security problem that is too complex to solve considering the adoption of the social network. In plain words, it wasn’t worth it for Google to continue maintaining an app with hardly any users. The closure of Google+ was planned for the end of August but moved forward to April 2, 2019although the version for companies survived becoming Currentswhich is in fact the app that has replaced Google+ in its list in the Play Store.

Google+ was survived by Google Photos, which is in good health, as well as Google Hangouts, which has suffered its own journey in the desert and finally died this year. Some of his social features are now part of the Google profile, and others, like sharing your location with your friends, have been integrated into other apps, like Google Maps.