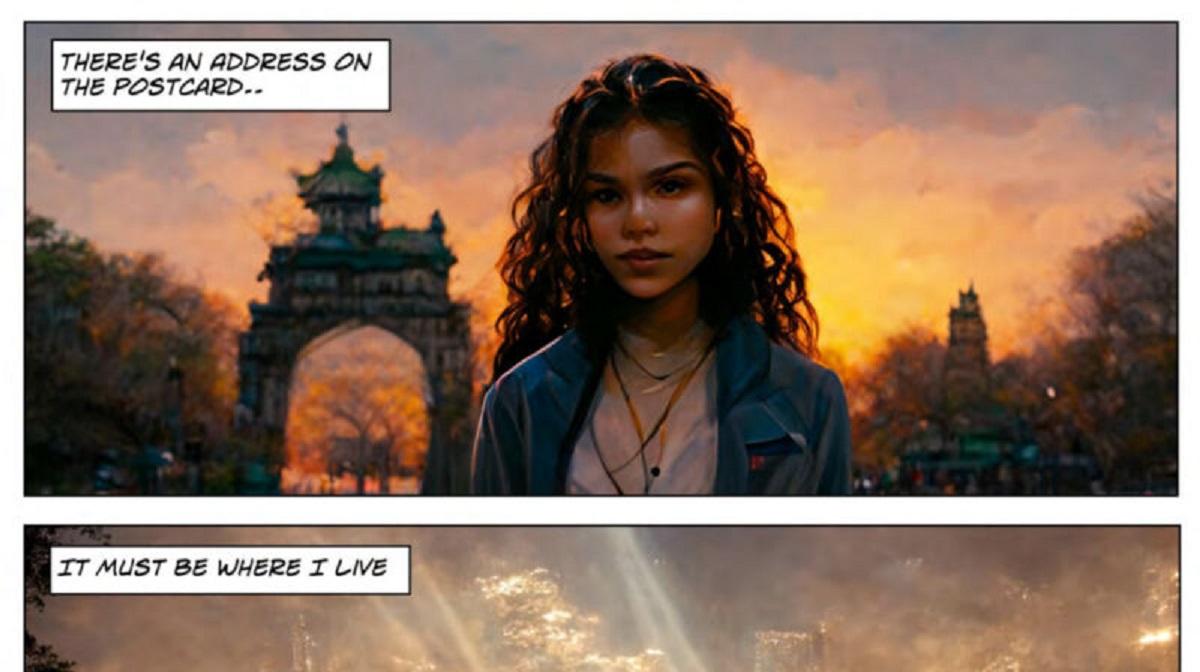 Share
Facebook Twitter LinkedIn Pinterest
For the first time in history, the US Copyright Office has granted the first copyright to an artist who has generated an image with the help of an Artificial Intelligence-based tool.

The US Copyright Office is highlighting the importance of human attribution in works produced by machines. And it is that, as the Artificial intelligence becomes a more important part of artists’ repertoires, as we’re already seeing with tools like DALL-E 2, the limits of that property are being tested more than ever.

A clear example is today’s news, the first known copyright has just been granted by a AI-generated image of a New York artist named Kris Kashtanova.

She has been able to register her work belonging to a comic called “Zarya of the Dawn” in the offices, claiming that it is not entirely hers and that an Artificial Intelligence has collaborated. Highlight the high resemblance to the actress Zendaya of its main character, which would make many wonder if we are really facing something new and susceptible to copyright.

Here the point to highlight is that precisely the US has always been against this aspect and has already rejected the copyright of some other work created with AI. At least in the United States, a copyrighted work must be created by a human being, and they claim that Works produced by a machine will not be registered if there is no human contribution to the production.

“I tried to argue that we do have copyright when we do something using AI. I registered it as a work of visual art. My certificate is in the mail and today I received the number and a confirmation that it was approved”explains the artist. “My lawyer friend gave me the idea and I decided to set a precedent”Add.

As we have already been emphasizing for a few days, a great current debate has arisen in this regard and with a view to futurenot only of property, which we see that concerns some artists who see how their works are used to train robots that then generate other images, but of appropriation of technology of something that the human has always done.

Groups like Spawning believe that an artist must give consent for their work to be fed into an AI. Crowds of digital artists join this battle alerted to find more AI work than work done by themselves, if you enter their name.

Artificial Intelligence, games and series: this is how television has been reinvented in the last decade

On the other hand, we find some more conservative than they consider that there is little merit in what is generated by a machine.

However, some artists, like Ryan Murdoch, they have advocated that the creation of images based on stimuli be recognized as art. He points to experienced AI artist Helena Sarin as an example, and of course what just happened with the Kashtanova creation is a very good first step.

Of course, for or against, the Artificial Intelligence of the future in general and above all, this new technology is raising a series of rather worrying ethical and legal dilemmas.

An AI-generated movie where your decisions affect the story: this is how “SALT” works