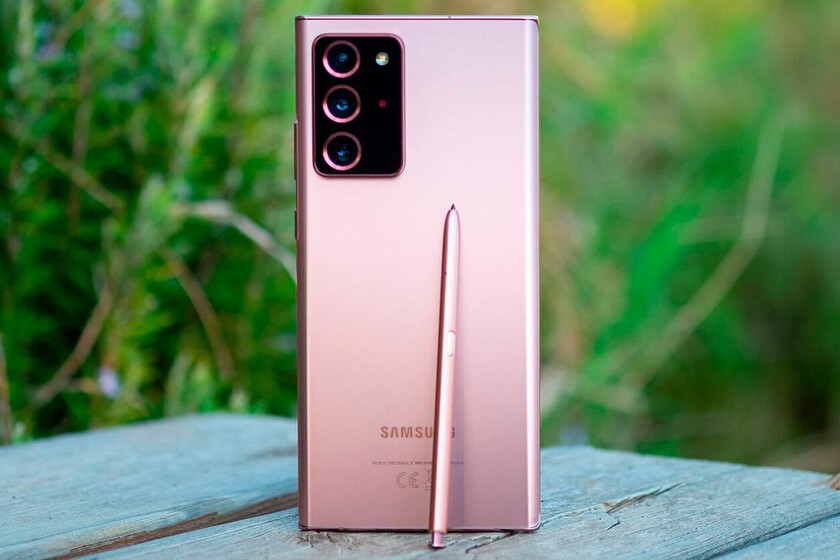 Share
Facebook Twitter LinkedIn Pinterest
Great news for the owners of the last representative of the Note saga: after the confirmation of stable One UI 5 for the Samsung Galaxy S22, the South Korean brand begins to test said layer and Android 13 also in the family Samsung GalaxyNote 20. Currently only in the United States and South Korea.

We are approaching the end of 2022 and mobile manufacturers already have proposals on the market that will allow them to face their competition during Christmas. But it is not only hardware that is experiencing the final stretch of the year, but also software: this time makes a difference between those who quickly update their phones and those who prefer to wait. Samsung is one of the first.

The update schedule keeps pace with Samsung at home, making a leap to the latest generation phones, although from previous years. With the limit touching their antennas, the Samsung Galaxy Note 20 will receive one of their latest key updates to enjoy One UI 5 and Android 13. A remarkable refreshment, although not exaggerated.

As reported by the Samsung community in the United Statesthe company kicks off One UI 5 for the Samsung Galaxy Note 20 and Samsung Galaxy note 20 Ultra, last representatives of the native stylus generation (the Samsung Galaxy S22 Ultra does not count). This is the first beta for these devices. And it will secure the next stable update, surely for the end of December or the beginning of January 2023. There are no official dates yet.

In addition to the Note 20, the Samsung Galaxy ZFlip 3 they also receive their dose of renewed update. Beta 1 and all implied cloak and system improvements; with strong points such as the renewal of the system apps, the refinement of the layer design, Samsung extends the stack to all widgets and offers extended WiFi information; among many other minor changes.

This first beta for the Samsung Galaxy Note 20 and Samsung Galaxy Z Flip3 only available in South Korea and the United States. The safest thing is that it will reach Europe, but Spain is used to staying out of the betas (Germany and the United Kingdom do usually enter). Since Samsung already has the stable version of the Galaxy S22 almost ready, it should not be very difficult for it to fine-tune the Note 20 version: let’s hope that said stable version will be in circulation before the end of 2022.