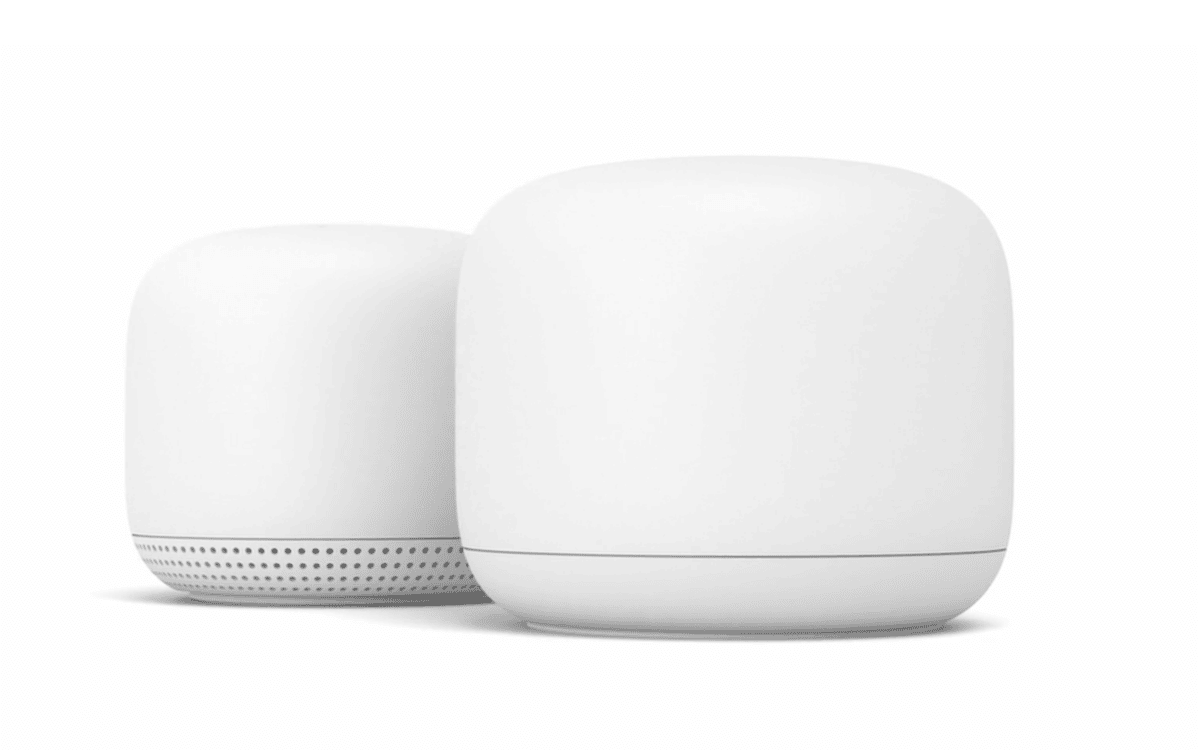 Share
Facebook Twitter LinkedIn Pinterest
The Google Nest Wifi Pro has been put online on an American merchant site. This allows us to see its characteristics and especially its price. It would be sold more expensive than the old model but would bring various innovations such as Wifi 6E.

Google should soon unveil its new Nest Wifi model, simply called Nest Wifi Pro. The latter would combine Wifi router and connected speaker. We know a little more on his subject thanks to a leak.

The product sheet has indeed been published on an American merchant site, B&H. This allows us to have its main characteristics and thus get a good idea of ​​its profile. We also have its price. This tends to confirm what we already knew, the Nest having passed through the FCC, an American telecom organization, a few weeks ago.

The Nest sheet therefore confirms that it would use Wifi 6E with a maximum speed of 9.6 Gbp. This is an improvement over the old 2019 model which was in Wifi 6. It is the price that is interesting in this leak. The terminal is displayed at 199 dollars on B&H, against 169 dollars for the 2019 model. Note that in France, the latter is at 139 euros. If inflation is taken into account, the price increase could be substantial for us.

Of course, it is possible to buy several Wifi repeaters in a pack. Two will cost $299, while if you buy three, it will be 399 dollars. The products will be available in white, brown, blue and yellow/green.

It is interesting to note that Google extends its Pro designation to all ranges. For example, we have the Pixel and Pixel Pro smartphones or the Buds Pro. This Nest Pro could be unveiled during the keynote on October 6. As a reminder, it will be the new smartphones, the Pixel 7 and the Pixel 7 Pro, which will be put forward during this conference. The latter are important for Google, since they will launch Android 13 on the market.