The Google Pixel 6a in trouble: it heats up until it burns 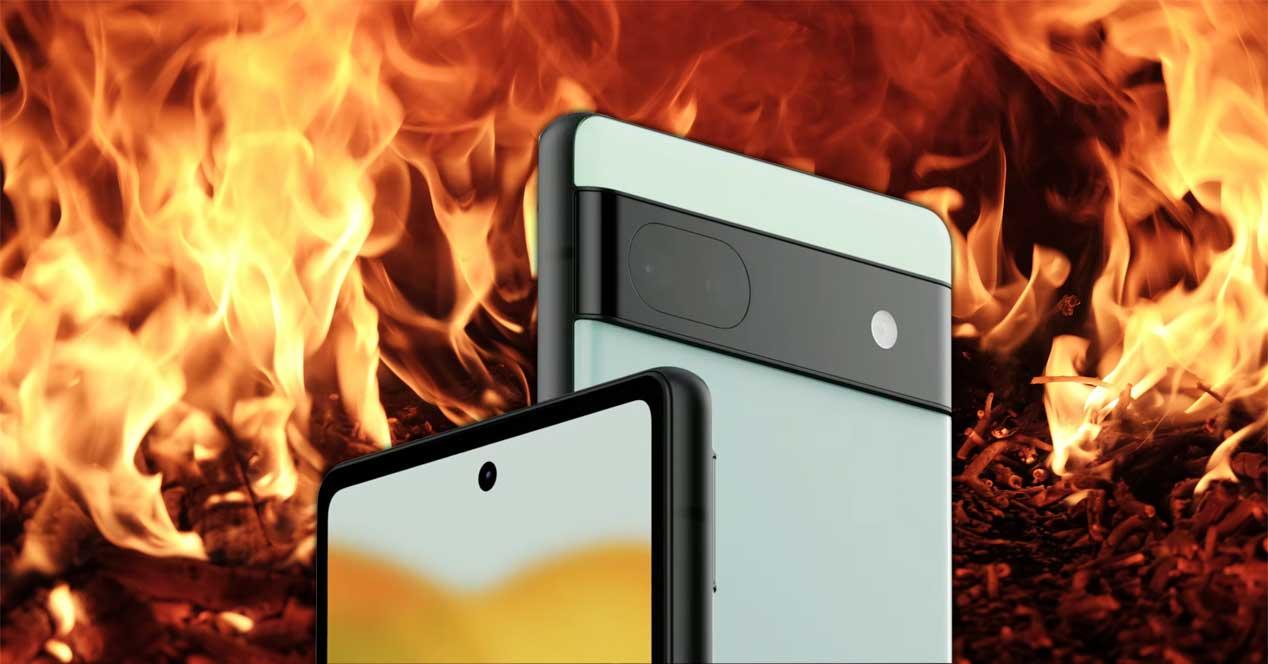 Share
Facebook Twitter LinkedIn Pinterest
The Google Pixel 6 series has experienced all kinds of malfunctions practically since its launch and the new compact model of the family has not been spared from them either. The Google Pixel 6a It has been the victim of a very serious security problem as it does not have a guaranteed fingerprint sensor, offering any user the possibility of unlocking it. Now, the reduced size mobile faces a severe overheating which has alarmed users.

This is not at all new in this new line of devices, since the main mobiles have also experienced excessive temperatures such as consequence of 5G, as well as the Pixel 6 Tensor chip and the other components developed by the American company itself. Users have again expressed their disagreement with this fact, because just two weeks after landing, the smartphone is almost broken in terms of software and hardware.

The Google Pixel 6a in trouble

Those who have both a Google Pixel 6a as the base model and its Pro variant Problems related to the phone overheating with regular use have been reported. In the Google community forum you can take a look at countless complaints from owners, as well as Twitter posts mentioning the Google account.

The vast majority of these reports claim that the Pixel 6a raises its temperature in an incomprehensible way by doing use of the smartphone without demands, that is, surfing the Internet, consulting social networks or taking photos with the camera. Situations in which a mobile of such caliber should not cause problems.

@Google @GoogleIndia @madebygoogle The pixel series is great but what about the heating issues? The 6A gets warm even on lighter tasks like browsing the web.

Also, a user who bought the newly arrived and compact Google phone reports that he replaced it with a completely new one thanks to the guarantee and the fault disappeared. Instead, there is another that has confirmed that the Mountain View company will solve overheating with a patch in the coming days.

So that consumers have two options at their fingertips, either take advantage of the terminal’s still valid warranty or wait patiently for the arrival of an update. The second option seems more feasible considering that you can suffer this problem again.

The opinion of an expert

In the brand’s community forum you can find all kinds of comments regarding this fact, although there are also users who enjoy a certain prestige. Proof of this is the platinum badge by user Jim Dantin, who qualifies him as an expert on the subject.

Dantin assures that the Google Pixel 6a usually runs hotter than previous generation models, since uses more power loading updates for a few days. On the other hand, the ambient temperature also influences this aspect of overheating and in Spain they are currently very high.

In addition, it recommends deactivating 5G in the event that your operator or SIM card does not allow it, since the device will not stop looking for a network to connect to for it. Without a doubt, the landing of this new model is being quite cumbersome.