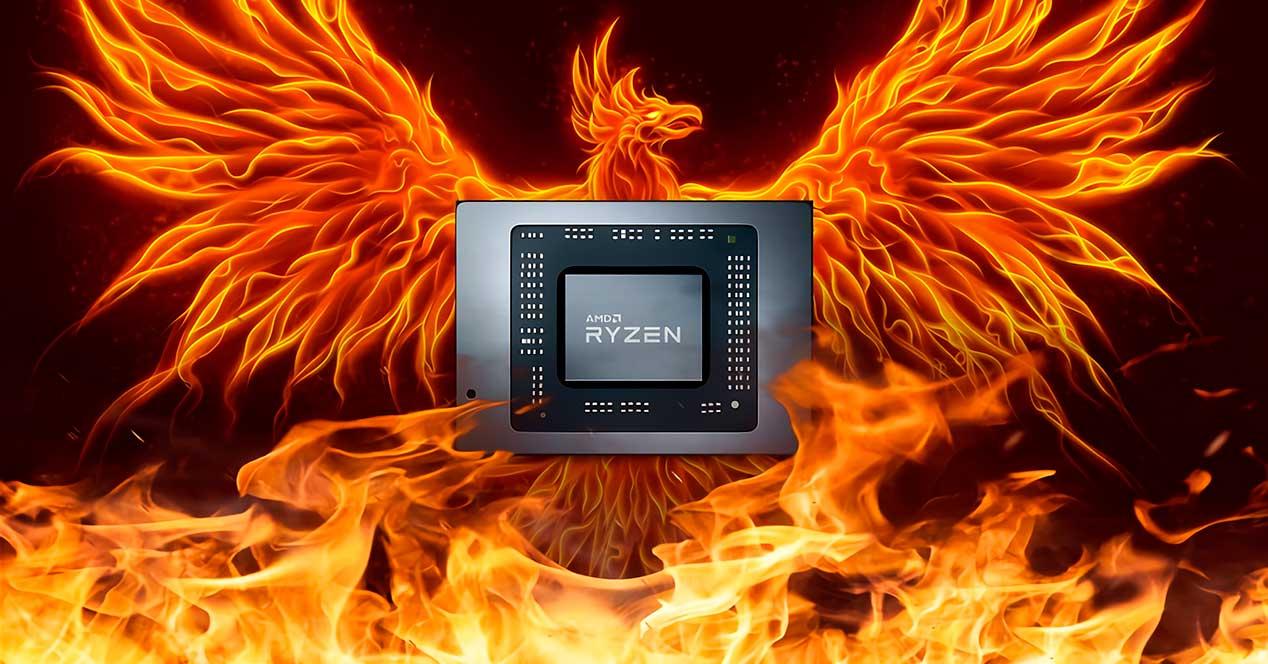 Share
Facebook Twitter LinkedIn Pinterest
Not even seven days has the leak of AMD’s plans lasted without another new leak in between. And it is that what we saw was only the prelude to what is to come and as it was pointed out there on the slide, key elements were missing. Well, the first of them has to do with the Phoenix microarchitecturewhich will have a iGPU RDNA 3 that will rival current NVIDIA laptop graphics cards like the RTX3060M.

The device was quite clear, but it left in the inkwell important data such as those we know today, and which are key because it will determine the future of the range of lightweight laptops from AMD and Intel. Giving a brief review, what we saw is that AMD prepares a double blow through two ranges of gaming laptops of different depth in order to match its rival: dragon-range for high performance and phoenix for thin and less powerful laptops… Or maybe not so much?

Contents hide
1 The blow of the AMD Ryzen 7000 with Phoenix and its iGPU
2 How is an iGPU going to achieve that performance in an APU?

Counting on what has been seen (architecture Zen 4, LPDDR5, PCIe 5.0 and TDP between 35 to 45 watts) in theory we would be talking about the Ryzen 7000 HS or perhaps the 7000H just. Taking into account that the Phoenix microarchitecture will be the one that integrates a less powerful iGPU (at least in theory) it is quite surprising to find such low figures in terms of watts, especially when we see the leak revealed:

Yes, the iGPU of these “low power” Ryzen processors will have a power equivalent to what we now see with a NVIDIA RTX 3060M laptop in Max-Q version and 60 watts of consumption. In other words. AMD ditches the RDNA 2 architecture (you can’t understand it any other way) and goes straight to RDNA 3 to beat Intel and its new Xe LPs.

But there is more, because the number of units that was leaked could be wrong if we stick to this theory, since it seems that with RDNA 3 AMD would have had to cut to the chase, be it for performance, consumption or physical space on the chip .

How is an iGPU going to achieve that performance in an APU?

That is the big question, the million dollar, mainly because in a generation we would be seeing the performance of a dedicated chip as a GPU in an APU. Well, at the moment there is no confirmation or rumor about it, so we are going to launch some speculations. The first would be clear: an advantage in the key 5nm node to be able to take that step.

Secondly, it is the fact of having taken the step to LPDRR5 or DDR5 (remember that both options would be correct, at least on paper) while the third would come from the point of view of a Infinity Cache that could be integrated into the die itself or as an independent chiplet and in the best case it would be an extension of the I/O Die (unlikely as such).

Previously RedGamingTech leaked phoenix as 16-24CU, but as RDNA3 architecture, they should be 8-12CU.

In any case, if this is confirmed, we would be talking about an incredible leap in performance, since comparatively speaking, we would have the performance of an APU for laptops. RTX 2060 desktoppossibly including the support and ability to work with Ray Tracing. Not only would this be a blow to Intel, but it would make things very difficult for the blue team in this range of laptops. In any case, AMD Phoenix seems to have a great iGPU, the question is how far it could really go.

You can now 100% mine on RTX 30 with NiceHash QuickMiner