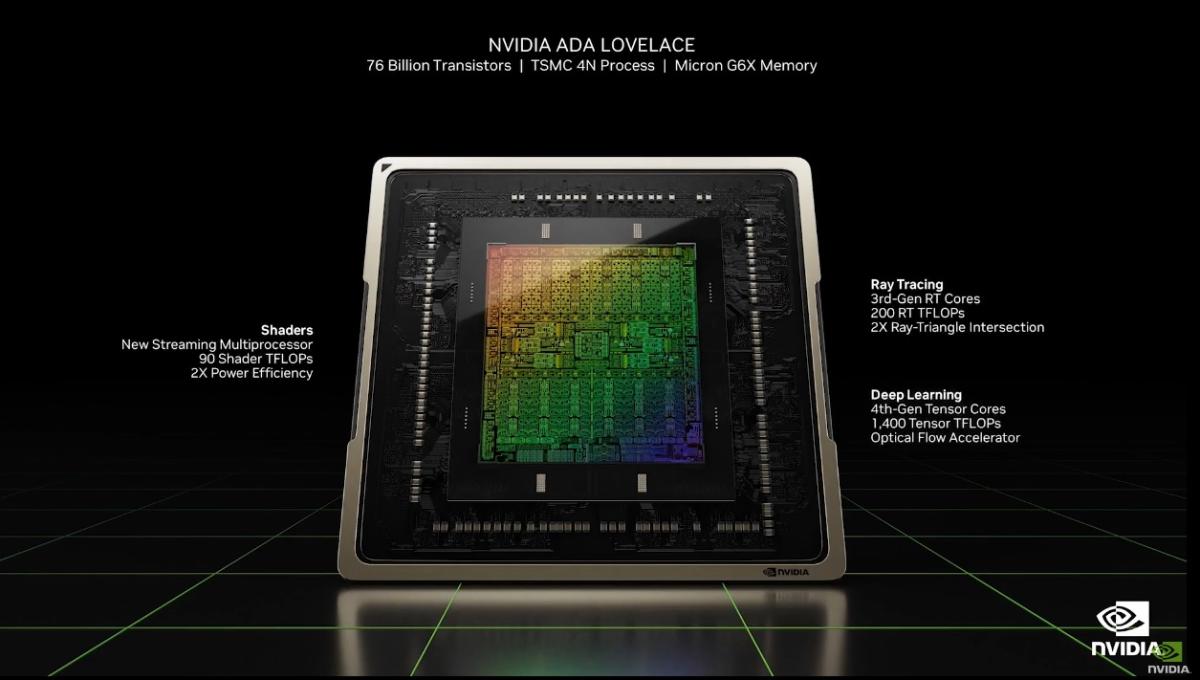 Share
Facebook Twitter LinkedIn Pinterest
NVIDIA has introduced the RTX 4000 series and they boast of having created the most powerful graphics cards in history. And although we do not have concrete data to prove it, the change in architecture allows us to see the enormous potential of the new generation.

The company of graphics cardsNVIDIA, presented on September 20 the series RTX4000. During the conference we saw the RTX 4090 and 4080 together with the architecture that brings it to life: Ada Lovelace. These GPU promise to be the GeForce strongest in history.

If we already talked about everything we had to talk about the RTX 4000: models, release date, prices, specifications… Now it’s time to focus on its architecture, which makes these graphics cards unique.

At the heart of the GeForce RTX 4090 is the gigantic AD102 silicon. Built on a 4nm silicon manufacturing process, this chip measures 608mm² in area and contains 76.3 billion transistors.

And the good news is that we’ve now been able to take a better look at the AD102’s silicon-level block diagram, which includes the introduction of several new components.

Thus the new architecture of the NVIDIA GeForce

The AD102 has an interface for PCI-Express 4.0 x16 and a 384-bit GDDR6X memory interface. The Gigathread engine acts as the main resource allocation component of the silicon.

The chip has Twice as many media encoding hardware engines as Ampere, including hardware accelerated AV1 encoding/decoding. Multiple accelerators allow you to transcode multiple video streams (great for content creators).

The main graphics rendering components of the AD102 are the GPCs (Graphics Processing Groups). There are 12 of them, compared to 7 in the previous generation of GA102. Each GPC shares a rasterization engine and rendering backends with six TPCs (Texture Processing Clusters).

Each TPC contains two SMs (stream multiprocessors), the indivisible number-crunching machinery of the NVIDIA GPU. The SM is where NVIDIA performs the greatest architectural innovation and where it derives the great performance what is expected

Then each GPC contributes 16 ROPs, so there are a whopping 192 ROPs on the chip. An L2 cache serves as a place for the various GPCs, memory controllers, and the PCIe host interface to exchange data.

NVIDIA is introducing shader execution reordering (SER), a new technology that reorganizes math workloads to be relevant to each worker thread, so they are processed more efficiently by SIMD components.

This is expected to have an especially big impact on ray-traced game rendering. In Cyberpunk 2077, with its new Overdrive graphics preset, which greatly increases RT calculations per pixel, SER improves performance by up to 44%.

NVIDIA has the difficult job of justifying its new generation after two years of shortages, sky-high prices and little information. Surely launching these first high-end models at -official- prices never seen before is not the best of ideas.

Get the full performance of your Radeon RX GPU with Radeon Monster Profile, up to 13% improvement with less consumption