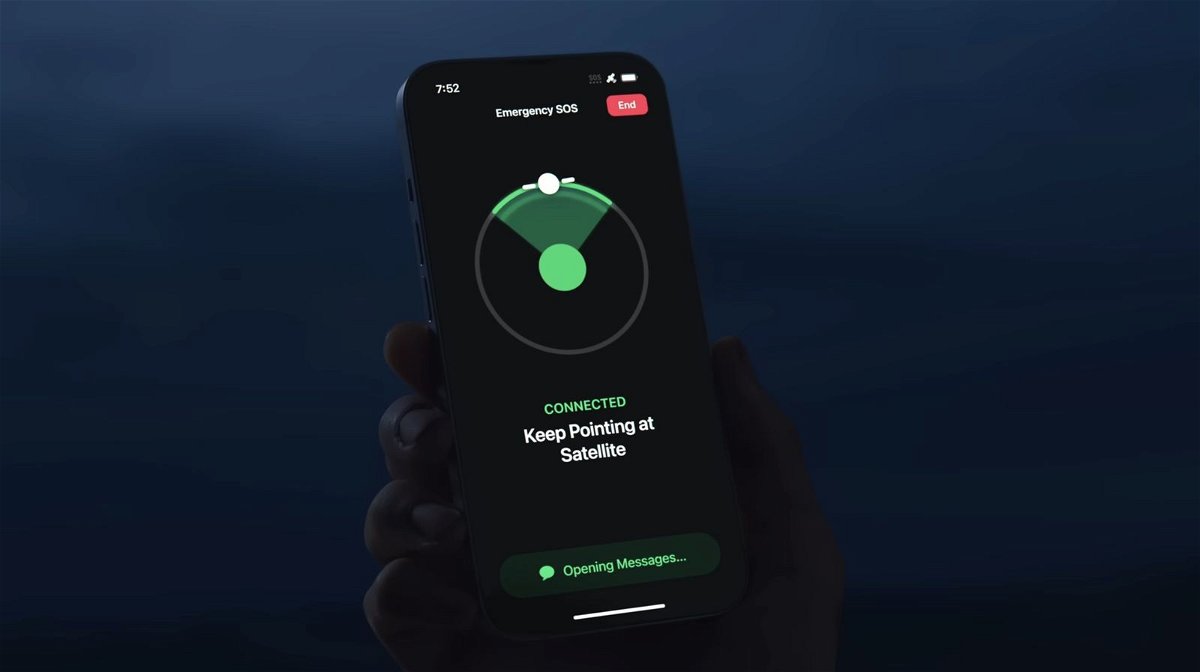 The first life saved by the new Satellite SOS Emergency function of the iPhone 14 comes days after its activation.

The iPhone 14, iPhone 14 Plus, iPhone 14 Pro and iPhone 14 Pro Max arrived with a very interesting novelty: satellite SOS emergency. This function allows you to send a distress message when you are in a place without mobile coverage.

The function has only been available for a few days and the first life potentially saved thanks to the emergency communication via satellite of the iPhone 14 has just been accredited. According to indicates MacRumors, a man has managed to be rescued in Alaska Thanks to this feature.

The satellite SOS Emergency function has already saved a man

Satellite SOS Emergency is an innovative service available only on the iPhone 14 line, and a new innovation that we hope will give our customers some peace of mind.

SOS emergency via satellite shows its worth

Early on the morning of December 1, Alaska state emergency services received an alert that a man traveling from Noorvik to Kotzebue had been stranded in a place without mobile coverage, so he couldn’t call.

The man was in a cold, remote place without connectivity to the internet, so activated the Emergency SOS function via satellite on your iPhone 14 to alert the authorities of their plight.

On December 1, 2022, around 2:00 a.m., Alaska State Troopers were notified that an adult male traveling via snowmachine from Noorvik to Kotzebue had activated an Apple iPhone Emergency SOS through from a satellite on your iPhone after being stranded. Working with local search and rescue teams, the Apple Emergency Response Center and the Northwest Arctic Township Search and Rescue Coordinator, the NWAB SAR deployed four volunteer searchers to the Nimiuk Point area directly to the coordinates GPS provided by the Apple Emergency Response Center. The volunteer search team located the adult male and he was transported to Kotzebue. No injuries were reported.

The Apple’s Emergency Response Center worked with local search teams and rescue. They sent the exact GPS coordinates that the iPhone 14 had sent them, and emergency services were able to find the man safe and sound. As indicated, the emergency services were quite “impressed with the accuracy and completeness of the information included in the initial alert.”

The Satellite SOS Emergency feature is available for iPhone 14 users, and can be activated when an emergency situation occurs and there is no WiFi or mobile connection available. At the moment it is available in North America and soon will expand to France, Germany, Ireland and the UK.