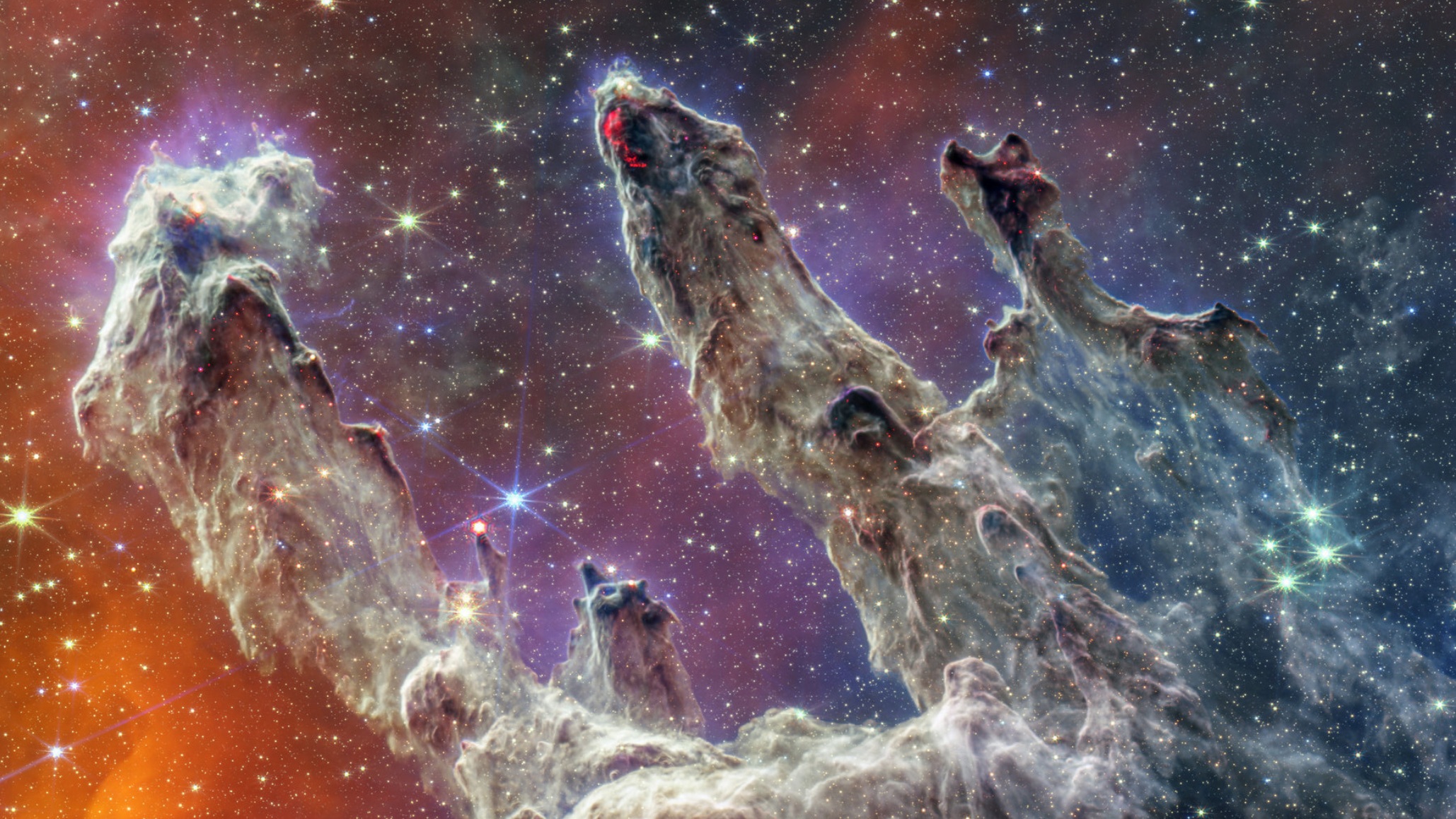 Since its first photograph in 1995, the Pillars of Creation have not ceased to amaze the scientific community. Originally captured by Hubble, the James Webb decided to release its own version of it a couple of weeks ago. Now, the state-of-the-art space telescope recaptures the Pillars of Creation, but this time in impressive detailand both NASA and ESA show us the result.

At 6,500 light years from Earth, the fingers of the Pillars of Creation extend into space, within the Eagle Nebula. This area is known to be a fairly active star formation area.and with the new image from James Webb, we can see some of the crescent stars beneath the dust and gas that make up this interesting structure.

To capture the image, the James Webb has used his MIRI camera and NIRCam. Each one, of course, dedicated to capturing different details. The first is what makes it possible to study in detail the formations of gas and dust that make up the nebula. The second, for its part, collects near-infrared light from stars beneath the dense layers of material that scatter light at other lengths.

Contents hide
1 The James Webb allows us to study the Pillars of Creation in a totally different dimension
1.1 A breeding ground for stars in the middle of space

Thanks to new images from James Webb, observe in great detail the thousands of stars that swarm inside the Pillars of Creation it’s easier than ever. How did the telescope’s camera manage to capture so much detail at such a great distance?

For this, the James Webb has used its NIRCam and MIRI instruments.

MIRI (Mid-Infrared Light) allows you to clearly portray dense clouds of dust and gas that make up the nebula. It does this by detecting mid-infrared light reflected from dust and gas particles in space. The James Webb renders the most diffuse powder with an orange color, while the denser areas cast in deeper indigo tones.

The NIRCam (Near-Infrared Camera) at James Webb captures infrared light in the near spectrum. In this way, it can detect more subtle information that is hidden behind the stellar dust, like the light of the stars that appear throughout the image.

A breeding ground for stars in the middle of space

The James Webb proves once again that powder is the main ingredient in pillars. It is especially notable in the one with the shape of a needle that extends from the lower left area to the upper right.

This is why this region has such active star formation, since dust is one of the main ingredients in the formation of new stars. When nodes of gas and dust form, they begin to attract each other under the force of their own gravity. As they collapse and compress, they heat up and eventually become stars.

The area with the most young stars is at the top of the second pillar, where a reddish glow is perceived. According to estimates, these bodies are only a few hundred thousand years old, and its formation will extend to millions of years. The James Webb is only showing what future stars and solar systems will be like in billions of years.