the macOS apps we once had and now miss 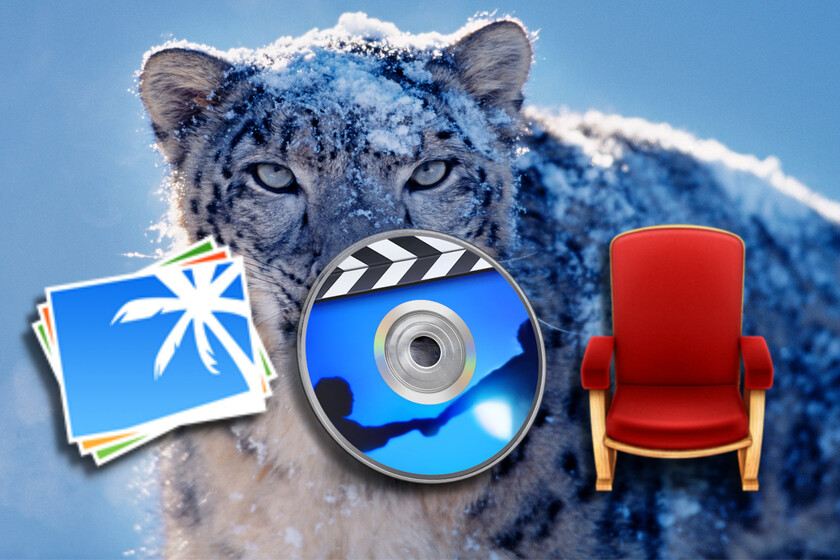 Share
Facebook Twitter LinkedIn Pinterest
Software has always been very important to Apple. Macs, beyond the operating system that already included a large number of options and features, have always come with several built-in applications. Apps like the iWork suite or the photo retouching app Aperture. Applications, many of them, that have either disappeared or have evolved to be practically unrecognizable.

Let’s go back a few years, and talk about which apps once made their way to the Mac and what they did. Do we miss them? It will depend on the use that each one of us makes of the Mac, but in many cases yes, and a lot. Applications that we will either remember with a certain nostalgia or discover now for the first time if we are newer to the platform. Applications, yes, that give a lot to talk about.

Many of us may have seen that “I am a Pc and I am a Mac” ad in which the Mac claimed that it had just printed a photo album. He bragged to the PC that every Mac came with the iLife suite, which consisted of iPhone, iMovie, and GarageBand. While the PC replied that in its case it included the Calculator or Clock appthe truth is that we must recognize the quality of the three apps in the Apple suite.

More if we put ourselves in the context of the time. iPhoto was an excellent photo manager and it allowed us, among other things, to order printed copies of them, very common in the epic. Yes, we still had to sync our iPhone manually via a cable or import photos from early digital cameras, but that was a luxury.

The same goes for iMovie, for many the first contact with a video editing application. Sure, the options were limited, but they also opened up a whole new world for us. How many home movies open mounted in iMovie? The result, if we didn’t abuse transitions, was quite professional and of more than enough quality to keep the family in front of a small video project for a considerable time. Within iLife we ​​must also talk about GarageBand, an application that, like iMovie, is still present today. Updated, of course, and a lot, but the same app in essence. One where we could record different audio or instrument tracks to create our melodies. The iLife suite was accompanied by iWork, which, although it does not use this name now, is still present today with Pages, Numbers and Keynote. Apple’s three office automation apps. Very different, but it was the story of Aperture, which despite the evolution that the Photos app has undergone, still has a legion of nostalgic behind who still install it on Apple silicon. A more advanced photo editing application than iPhoto that, however, is already in the past. The same goes for iWeb, the website builder app. At a time when spelling the three Ws was still customary, being able to create a site was almost science fiction. Optimization of the resulting sites? What’s that? But yes, you saw your little creations on the internet, they could be hosted in the incipient Mobile Me, and it filled you with satisfaction.

iBooks Author is another recent disappearance, a application to create books in ePUB format that allowed us to upload them directly to the iTunes store. Following the name change to Apple Books, Apple also dropped the app and replaced it with Pages. Much easier to use, without a doubt, and with the same, if not more, options. Finally, special mention to Front Rowan entertainment app that, using the Mac remote—yes, Macs came with a remote and with its infrared port on the front—allowed us to watch movies, music, series, listen to podcasts, and enjoy photo slideshows.

And the list would go on, with DVD Player, QuickTime or Cards, for example. In any case, what is clear, as we began by saying, is that software has been and continues to be very important to Apple. Offering really high quality apps despite being free and making it clear what a Mac was capable of right out of the box.

In Applesphere | Games from the early days of the App Store can already be considered retro. These are the ones that marked us the most