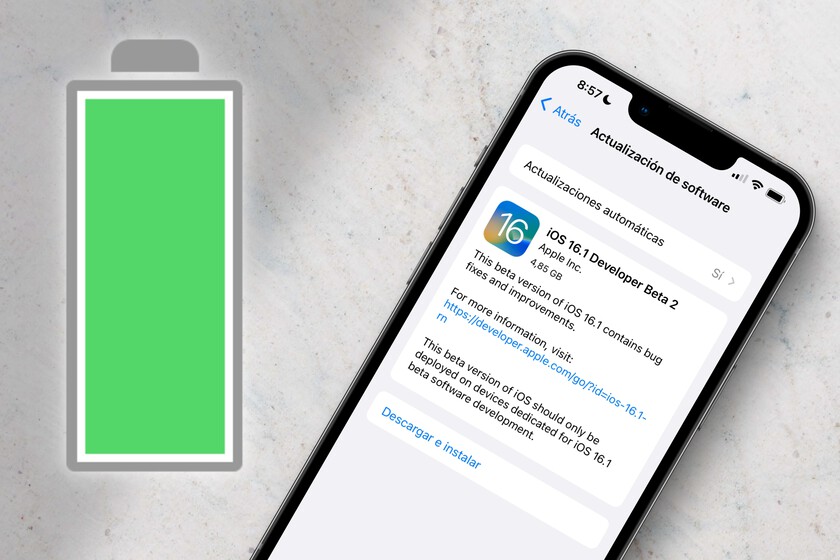 Share
Facebook Twitter LinkedIn Pinterest
It has been more than a week since iOS 16 was officially released. However, Apple was quick to release the iOS 16.1 beta. In this future version will end two limitations that until now had the famous percentage of battery in some iPhone with ‘notch’.

And it is that iOS 16 finally brought that long-awaited information to always be in sight. However, it came as an exclusive novelty for some iPhones, something that is fixed in the next version and, after the second beta launched this week, it is also confirmed that aesthetically it will receive an improvement make it more intuitive.

Since Apple launched the iPhone X with its particular ‘notch’, the Cupertino company hid the battery percentage from the top. The lack of space in that part was the reason for their departure, although they did not explore other alternatives until this iOS 16. In this new version, it was added inside the battery icon in the upper right, although excluding the iPhone XR, 11, 12 mini and 13 mini.

However, already in the first beta we observed that the battery percentage can be added to any model. What initially seemed to be a limitation due to resolution issues of the excluded terminals, seems to have been resolved by Apple. Late or not, this option is welcome for those users of those aforementioned iPhones that in version 16.0 still do not have the possibility. Battery consumption is also reflected in the icon in iOS 16.1

Although that is not all, since in the beta launched on Tuesday another novelty could be found in this regard. And it is that the battery consumption will also be reflected in the icon, watching as the battery runs out. This very common animation was already available in iOS, but not when adding the percentage, since that made it (and does in iOS 16.0) keep it the same until it drops below 20% and then it does look less full and red.

Other iOS 16.1 news Already seen in last week’s beta was the reintegration of the Live Activities API, the live notifications that Apple launches with this version of iOS. A new interface was also seen when taking screenshots.

About when will iOS 16.1 be released for the entire public, there are no official data. We could expect iOS 16.0.1 to arrive this or next week to resolve some issues seen in the first version regarding battery consumption, although this 16.1 could take a bit longer. Given Apple’s history with these intermediate versions, it could be delayed until mid-late October.

This is where the company’s Lite models come into play. We are talking about terminals…