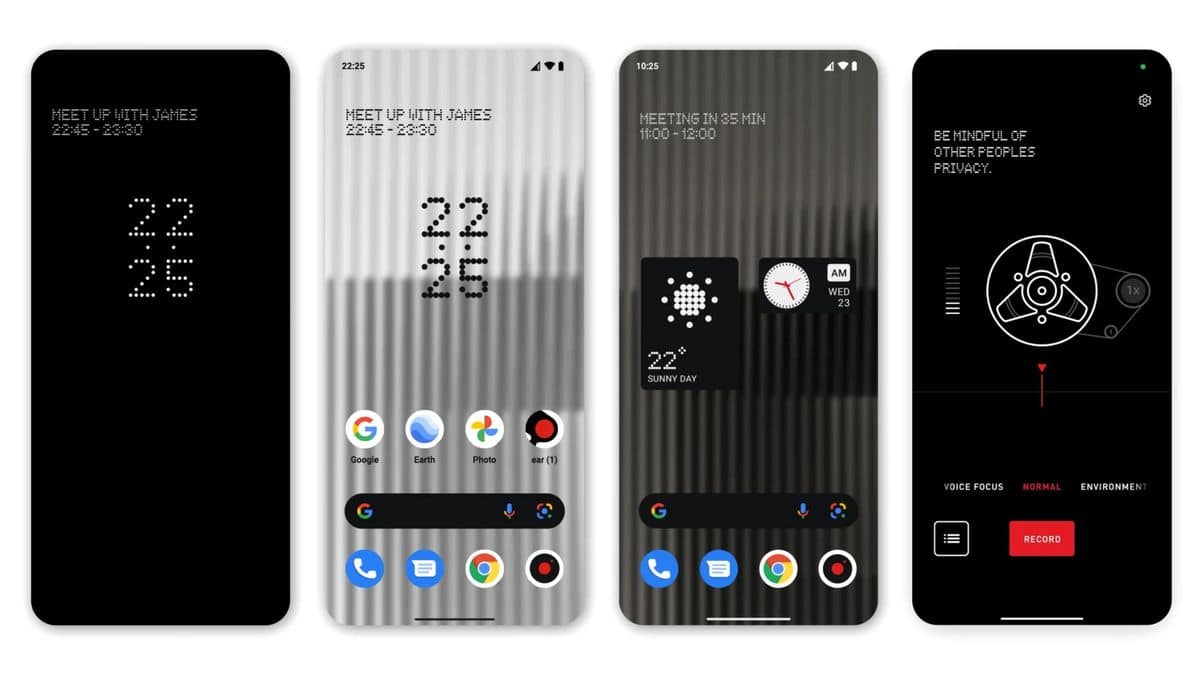 Share
Facebook Twitter LinkedIn Pinterest
It is with some humility that Carl Pei, CEO of Nothing, announced the release date of the firm’s very first smartphone. The Nothing Phone (1) will be available on June 9, according to a tweet he nonchalantly posted in response to a user. However, it is still likely that this information is actually a joke.

Rarely has a first smartphone been so expected. In 2020, Carl Pei caused a sensation by leaving OnePlus, a company he co-founded, to then create Nothing. Since then, the company has not been idle since it has notably launched its own wireless headphones. But since the announcement of its upcoming smartphone, users do not hesitate to express their impatience. It must be said that the presentation left us a little unsatisfied by ultimately revealing very little information.

Also, when the manufacturer launched the beta of its in-house launcher, many began to hope for an upcoming release of the Nothing Phone (1). And it is likely that the wait will not be very long. Carl Pei finally revealed the release date of the smartphone on Twitter. In response to a user asking him when the phone will be available, he responds on June 9 at 4:20 a.m. Nevertheless, the tweet is very succinct and does not really dispel doubts about the launch yet.

Will the Nothing Phone be released on June 9?

To begin with, the question of the actual date arises. Indeed, if we refer to the traditional American format, the smartphone should indeed be released on June 9. However, it is also possible that it will be released on September 6, since no specific information has been revealed. Then, the time given by Carl Pei also poses a problem. Starting again with its format: is it 4:20 a.m. or 4:20 p.m.? And what time zone?

On the same subject – Official Nothing Ear 1: 36 hours of autonomy, active noise reduction, 99 €, here are the real killers of AirPods

In addition, some Internet users have communicated their doubts regarding the veracity of this information precisely because of the time indicated. Indeed, 4:20 is often used to refer to cannabis, and therefore can be used as a social media joke. It goes without saying that from this point of view, the whole thing looks like a big joke. We’re not going to draw you a picture, but the “6/9” indicated by Carl Pei is probably not a real date.

iPhone and Android users beware! These 75 apps hidden in the phone are making paupers, see the list and delete them immediately

Jio’s first 5G phone will be launched in less than 10 thousand, will get great features