The Nothing Phone 2 will not be released immediately, the manufacturer wants to improve its first smartphone 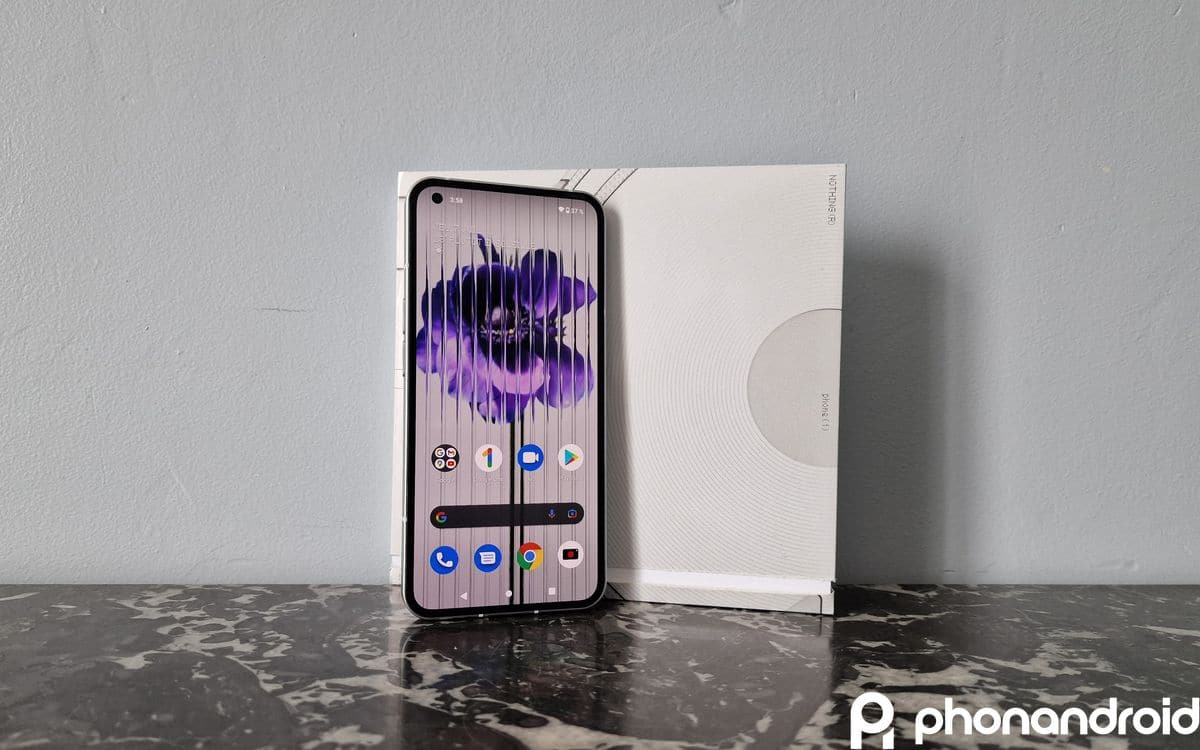 Share
Facebook Twitter LinkedIn Pinterest
Were you hoping for a Nothing Phone 2? It will not be for 2023, according to Carl Pei, CEO of the firm. On Twitter, the latter announced that next year will be devoted to improving the current model, particularly at the software level. We are just waiting for the arrival of Android 13 on the smartphone in the coming months.

When it was released, the Nothing Phone (1) took everyone by surprise. Despite its price placing it among the mid-range smartphones and some concerns about its firmware and its strange rear LEDs, the brand’s first phone won over the crowds – on our side, we were also won over. That being said, it’s hard to ignore the many technical issues that accompanied the release of the latter.

While this isn’t unusual for a new product launch, it’s rare for it to cause delays in the builds’ production schedule. This is however what seems to have happened for Nothing. While we could expect a Nothing Phone 2 for 2023, according to the tradition of the major smartphone manufacturers, Carl Pei, founder and CEO of the firm, announced that this will not be the case.

On the same subject — Nothing Phone 1: technical problems, endless delivery times, the launch turns into a fiasco

“Phone (2) is not launching anytime soon. We prefer to do things the right way, and we will not produce dozens of products a year like many others”writes Carl Pei on Twitter, not missing the opportunity to throw a small tackle to the rest of the competition. “Phone (1) is our number 1 priority. We are preparing something really great on the software side, Android 13 and beyond”he adds.

Carl Pei confirms that Android 13 will arrive on Nothing Phone (1) in the coming months, without giving a precise date. Moreover, it is difficult to predict what improvements will arrive on the smartphone in 2023. It is possible that the manufacturer relies on the criticisms received at launch, in particular in terms of sound quality or even the lack of screen brightness.

Phone (2) isn’t launching anytime soon. We’re focused on doing a few things well, and won’t churn out dozens of products a year like many others.

Phone (1) is our main focus. We’re cooking something really great in terms of software, Android 13 and beyond.