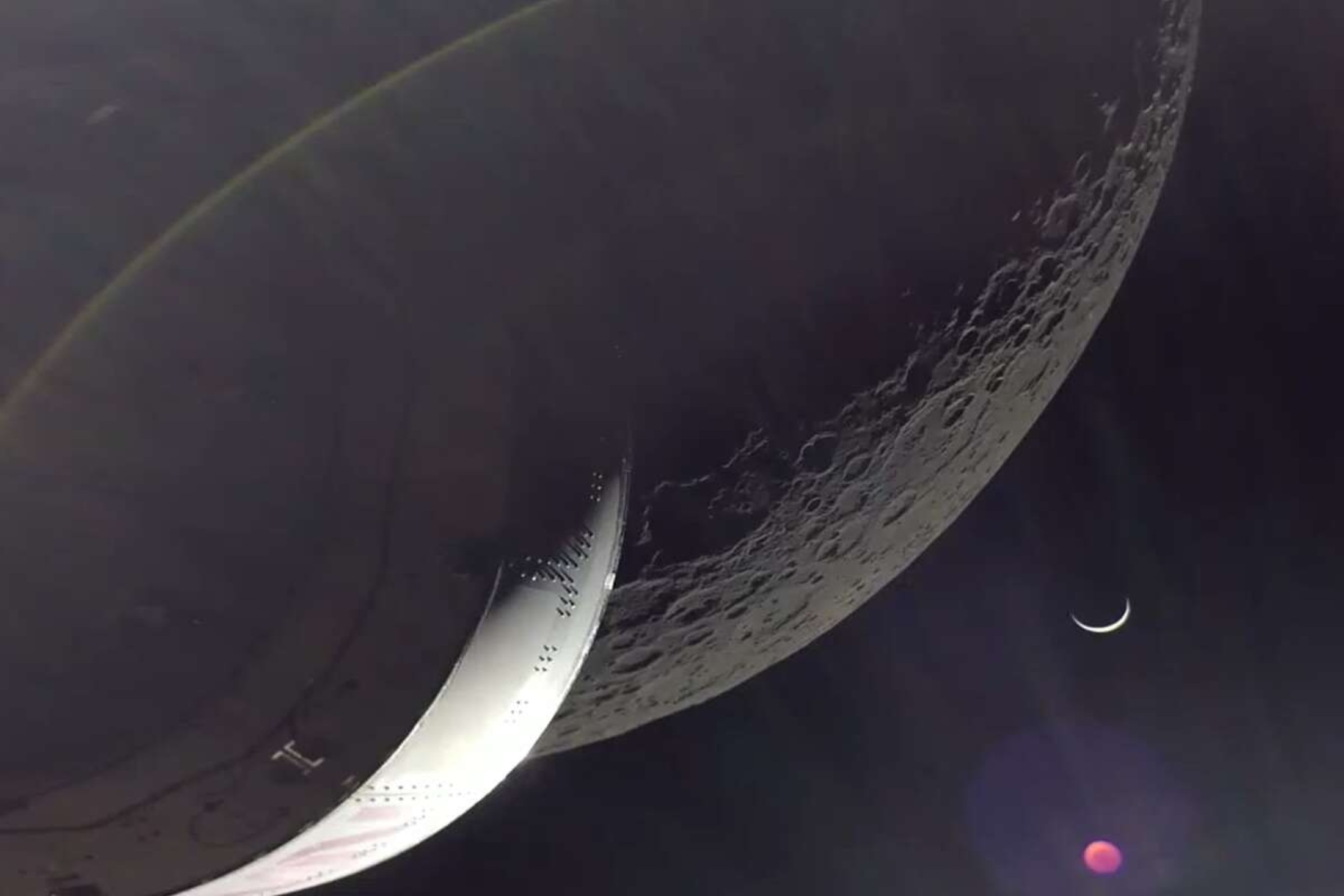 Approximately 390,000 kilometers from Earth, NASA’s Orion spacecraft floats in the vacuum of space, beginning its route to its home planet. It was during this procedure when has taken the opportunity to capture one of the most amazing images of his short career; and shows us the Moon, the Earth and the body of the ship itself in a clear reference to the movie apollo 13from 1995.

Like a science fiction movie Orion’s body is dwarfed by the immensity of the Moon. Our planet, for its part, appears as a growing Earth, with a delicate white border crowning its surface.

Below, we see an orange dot. But not, It’s not about Mars or any other planet. It is just an artifact in the camera lens that produces an effect that we have already seen in other media such as cinema or video games.

The image captured by the Orion spacecraft is an impressive postcard of our satellite, and in which it includes each one of us as well. Of course, what has most attracted the attention of science fiction fans is its tremendous resemblance to the poster of apollo 13, the film starring Tom Hanks and directed by Ron Howard. And not for nothing, it is a nod to the Apollo lunar missions that took place in the 1960s, and which also had the objective of reaching the natural satellite.

Now we know that the capsule is back on Earth. NASA has confirmed that this December 5, at 9 AM local time, the Orion spacecraft began its return trip. It is expected that this coming Sunday, December 11, it will land in the Pacific Ocean, off the coast of California. Later, it will be recovered and transferred again to NASA’s Kennedy Space Center, in Florida.

This is the start of future lunar missions. NASA plans to have humans working on the Moon by 2030, using the Orion ship as transportation, and already has plans for the development of 3D-printed settlements. Subsequently, the Moon will be a springboard to take humanity to other destinations, such as the long-awaited Mars, our red neighbor.