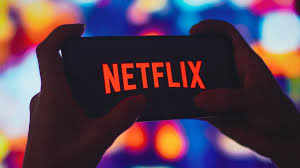 Share
Facebook Twitter LinkedIn Pinterest
Tech News Desk – Online fraud cases are increasing rapidly. The robbers are adopting new tactics to make people poor. Scammers have not spared any app to dupe people. A new case has come to light, where a 74-year-old man was duped in the name of Netflix. When he was trying to renew his Netflix subscription, he lost Rs 1 lakh. Till now we had come across cases where scammers were duping people with the help of malware links by sending messages. This time he found a way through email. Cyber ​​criminals tried to dupe an elderly man by asking him to renew his Netflix subscription. Remember to verify each time you receive an email. According to the news of Indian Express, the matter is of Mumbai, where a person suffered a loss of more than Rs 1 lakh. The loss happened when he shared his bank details with the scammers. Scammers impersonate Netflix in emails and trick them into sharing their bank details in order to renew subscriptions. The person was told that his membership has been suspended for non-payment of Rs.499.

A 74 year old man is in the business of plastic printing import. He thought the email received by cyber criminals was from Netflix. He fell for the trap because the mail closely matched the original email. The miscreants looted lakhs of rupees from him by bluffing. He lodged an FIR at the Juhu police station on November 29. According to the police officer, the person was given a link to pay Rs 499. He filled the credit card details without thinking and after that OTP came on mobile. Due to which there was a loss of Rs 1.22 lakh. Police said that the person had shared the OTP over email without checking the OTP amount. It was written in the mail that he has to pay only Rs 499, but OTP was sent for one lakh rupees. He came to know about the fraud when he got a call from the bank that if he has not paid Rs 1.22 lakh then press 8.

Debate About the First Developed Nation that Will Adopt Bitcoin