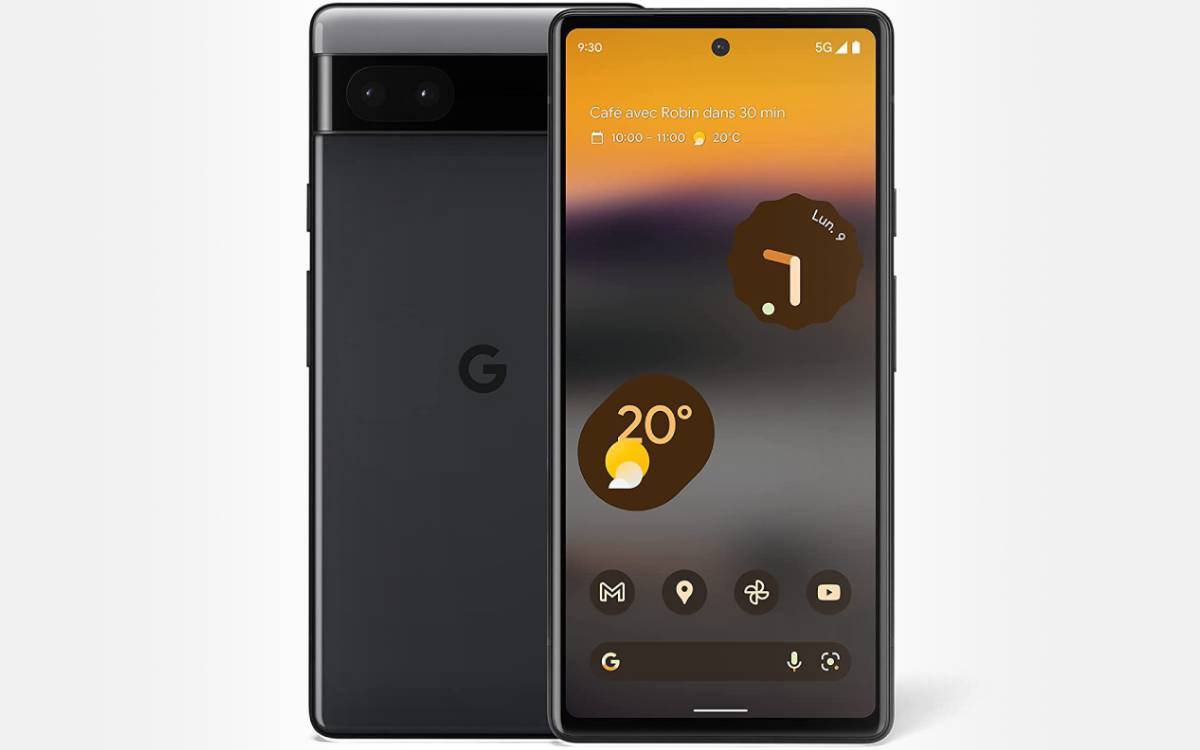 Share
Facebook Twitter LinkedIn Pinterest
Just a few days before Black Friday, Amazon is slashing prices early and offering the Pixel 6a at just €335.01. Initially sold for €459, the Google smartphone is thus the subject of a nice reduction of 27%.

As Black Friday kicks off ahead of Black Week, e-commerce sites are scrambling to post enticing deals on high-tech products. While Sosh offers the Pixel 6a at €349 or €249 with the trade-in of your old smartphone, Amazon presents the Android 5G smartphone at €335.01. If you are looking for a high-performance and inexpensive mid-range smartphone, this is the model not to be missed during this Black Friday period.

Pixel 6a: Google’s smartphone at a reduced price for Black Friday

The Pixel 6a features the same processor as the Pixel 6 and 6 Pro for a significantly lower price. While the upcoming release of the new Pixel 7a has been announced by the American firm, with its 6 GB of RAM and its storage capacity of 128 GBthe Pixel 6a remains a very good smartphone with nice features.

His Google Tensor SoC is a powerful chip that offers exemplary fluidity. With its comfortable performance, you can easily surf social networks, answer emails or even play games on your smartphone.
Photo level, the Pixel 6a is up to it. It relies on a dual rear sensors : a wide angle of 12.2 Mp supported by an ultra wide-angle module of 12 Mp.

Its 4410 mAh battery gives you a 24 hour autonomy. You can therefore use your smartphone without fear of failure during the day. To find out everything, we invite you to read our complete test of the Google Pixel 6a.