The POCO F3 is a real bargain with this great discount 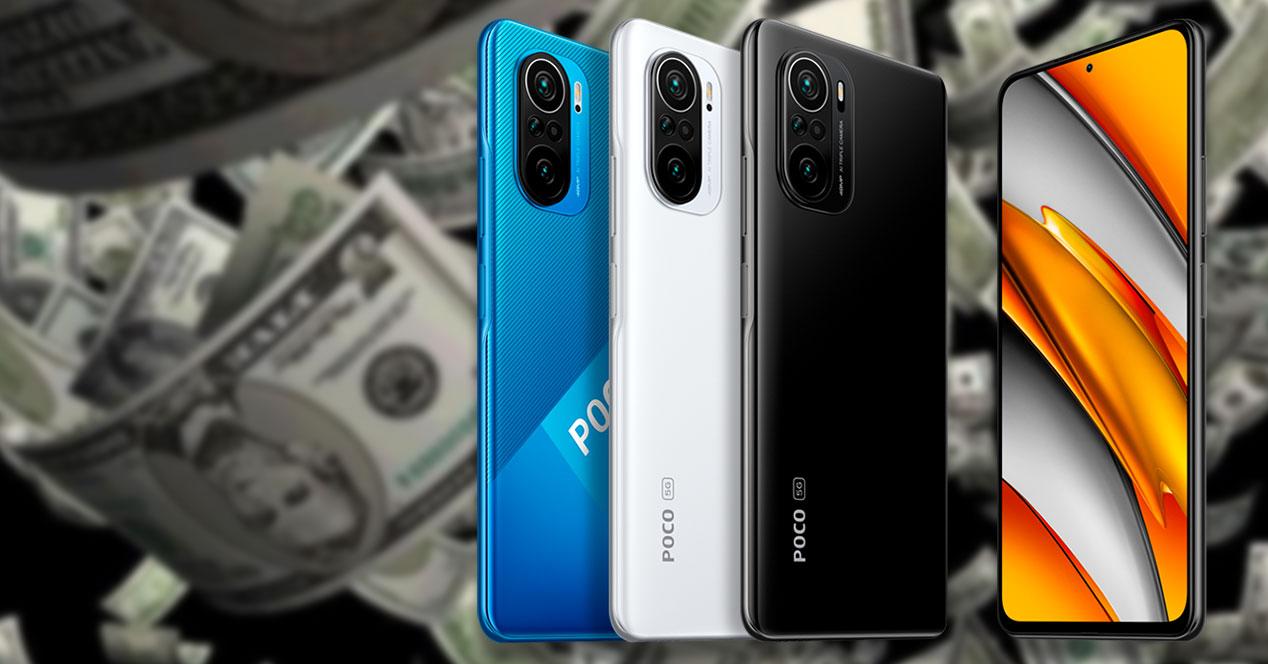 Share
Facebook Twitter LinkedIn Pinterest
It is one of the most recommended mobiles of 2021 and now it is at a price that is scary. When we all got to know the POCO F4 we realized that its characteristics, quite similar to those of its predecessor, made the POCO F3 even better considering that its price was lower.

And we are talking about a more than competent phone today, despite having been with us for a year. The phone has a brilliant display with a resolution of 2400 x 1080 that reaches 6.67 inches and weighs 201 grams, not too much for a large terminal that also hides a 4520mAh battery which also boasts fast charging. Of course, do not expect to find wireless charging, nor is there in most of the mobile competitors that have a similar price.

It works with a hyper-powerful processor like the Snapdragon 870 and is accompanied by 128 GB or 256 GB of storage along with 6 GB of RAM. Either version is discounted on Amazon, as you will see below.

The rear camera has a front 48MP Sony IMX582 sensor, capable of taking good photos both day and night and is accompanied by an 8 MP f / 2.2 Ultra Wide Angle and a 5 MP f / 2.4 macro lens. Up front is a 20MP high-resolution front camera that manages to take some great selfies.

Other interesting details regarding the smartphone is its fingerprint sensor, the ability to make payments with the mobile through the NFCthe presence of MIUI 13 with Android 12 (after updating) and Dolby Atmos sound through its two speakers.

At the best price on Amazon

The official price of each model is 469 for the 128 GB version, and 499 for the model with double the storage capacity. Right now you can find the first of them by 326 euros, that is, with just over 150 euros discount. Of course, the offer only applies to the white model, since if you want blue or black, the price rises above 340 euros.

If you want more memory, we already told you that the phone with twice the storage was also on sale. From 499 euros to cost €369, so the offer is somewhat lower. In this case, the discount remains at 130 euros and only applies to the black phone.

With a large AMOLED screen that works at 120 Hz, a fast charging system for its 33W battery, a processor that does not suffer from heating problems and is really powerful, and a camera that defends itself in almost all situations, this is one of the great range tops that you can buy today if your budget is not very high.

In this article MovilZona includes affiliate links for which a commission is received that has no impact on the user. These purchase recommendations are independent, without an agreement with the brands.

Laptop with OLED screen and 12 GB of RAM for less than 600 euros, a bargain from PcComponentes