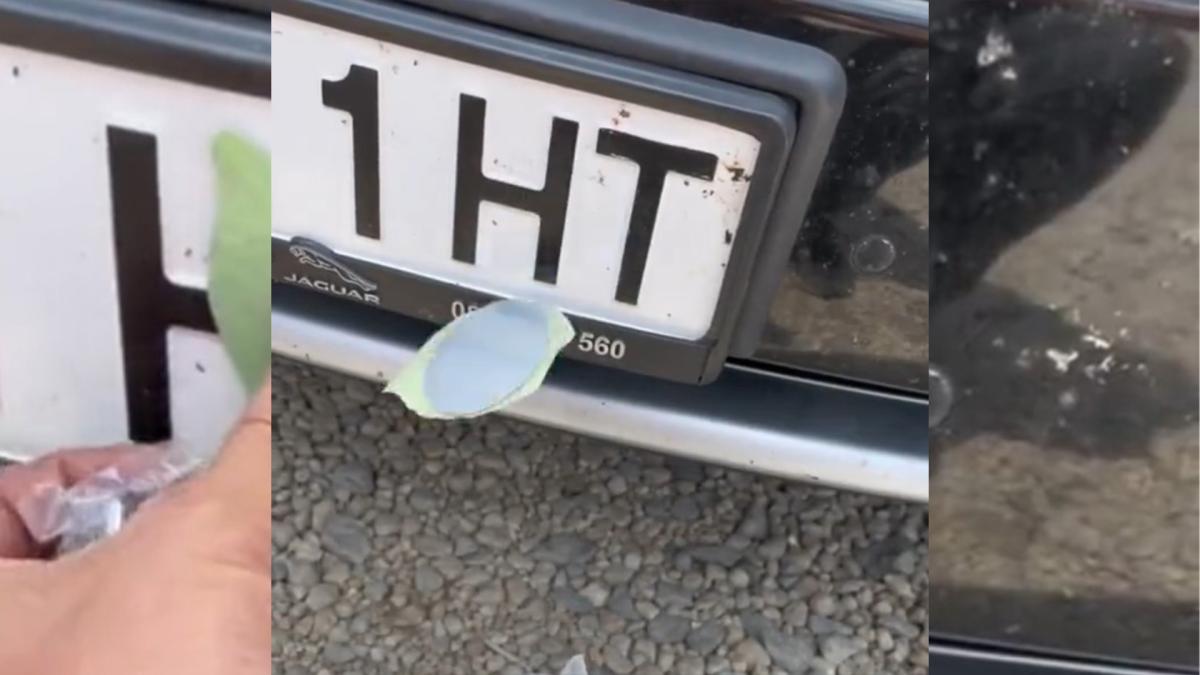 The last trap to avoid fines from the DGT can lead to a much higher fine and, in addition, the withdrawal of six points from the driver’s license. We are talking about the metallic and magnetized silver in the form of a leaf that has become fashionable and allows one or several digits of the license plate to be hidden, but being able to get rid of this plate at the right time.

This new trend started on TikTok, being the social network for short videos where it was first seen, but it didn’t take long for it to jump to Twitter and even other social networks like Facebook. The attention that this method of avoiding fines has attracted has made the DGT explain everything that is wrong with this method.

There are several issues to take into account and the first thing is that this accessory has a very simple operation: the leaf-shaped magnet has a remote control that allows it to be detached from the license plate if necessary. The usefulness of this element is clear: prevent the vehicle from being caught by radar.

Covering the license plate to avoid being recognized by the DGT and, therefore, avoiding any type of sanction may seem like a good idea. What happens is that it is not so much and, in fact, the General Directorate of Traffic has just issued a statement on its TikTok account in which explains everything that can lead to the use of this element.

They make a magnet in the shape of a leaf to cover the license plate so that a radar does not catch youA control allows the leaf to fall in case of arrest pic.twitter.com/VBl5yr9WNY

To understand the problem, it must be made clear that license plates must be visible and legible at all times in order to avoid sanctions, including fines. have a vehicle with an illegible license plate, with poor visibility or deteriorated carries a fine of only 200 euros. The amount is respectable, but it can be much higher.

In fact, in the event that the agents detect that the license plate has been modified for hTo make their identification more complicated, they can issue a fine of 6,000 euros and withdraw up to 6 points from the card.. The truth is that it does not pay to use this accessory since the fine is much higher than that of a speeding violation.

In the end, the easiest thing is to comply with the regulations of the DGT both to avoid possible sanctions such as fines and to make the roads safe for all users. Tricks are fine, but they are best left to magicians both in real life and in movies or series.

4 programs that avoid it

If Google is no longer your home screen, you have a serious problem