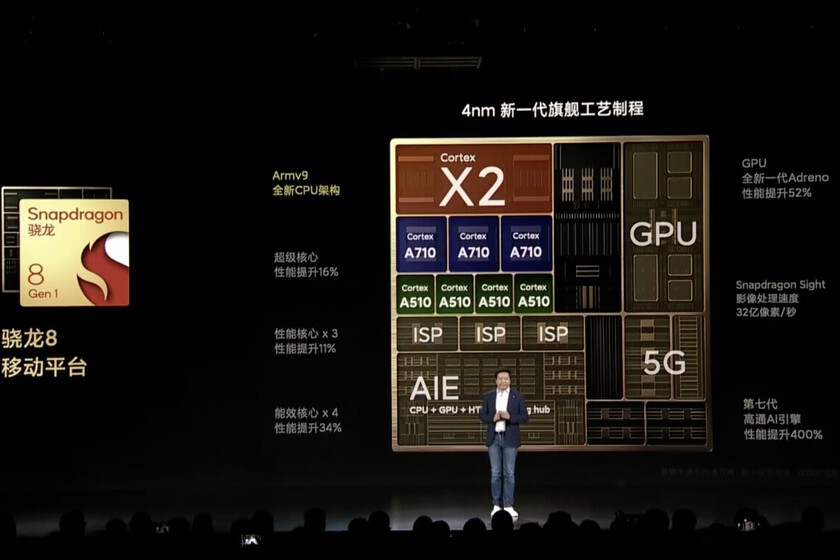 Share
Facebook Twitter LinkedIn Pinterest
Qualcomm is one of the world’s largest processor manufacturers, among other key components of a smartphone. Now it seems that COVID 19 is wreaking havoc on the production chain again, causing the renewal of the Qualcomm Snapdragon 8 Gen 1 to be delayed.


Xiaomi, among the most affected manufacturers

The Qualcomm Snapdragon 8 Gen 1+ would have to come out shortly to be able to be mounted on the flagships of the second part of the year. Xiaomi is one of the pioneers in releasing the latest from Qualcomm. In fact, a leaked poster shows the 8 Gen + and the Xiaomi logo at the top.

Although in many countries of the world the coronavirus is practically under control, The Chinese government has decreed the confinement of different citiescausing China to be experiencing a delay in many factories.

In fact, it seems that Xiaomi for other models, such as the Xiaomi 12S, would have already opted for high-end processors from Mediatek, which maybe you’re not experiencing as many supply problems.


Perhaps the model that is made to beg more than necessary is the Xiaomi 12 Ultra, a model that has all the ballots to release this new chip. At the moment it is not known when the American company will be able to return to usual production rates in order to make sure there are no stock problems.

We will see if opting for Mediatek in high-end mobiles corresponds to a specific need or if they become one of the processors that are mounted in the company’s future flagships. It should be noted that Xiaomi has always assembled chips from both manufacturers, but those from Mediatek used to be used for intermediate ranges.