The RTX 4080 and 4090 are official, Apple is still inflating App Store prices, this is the recap 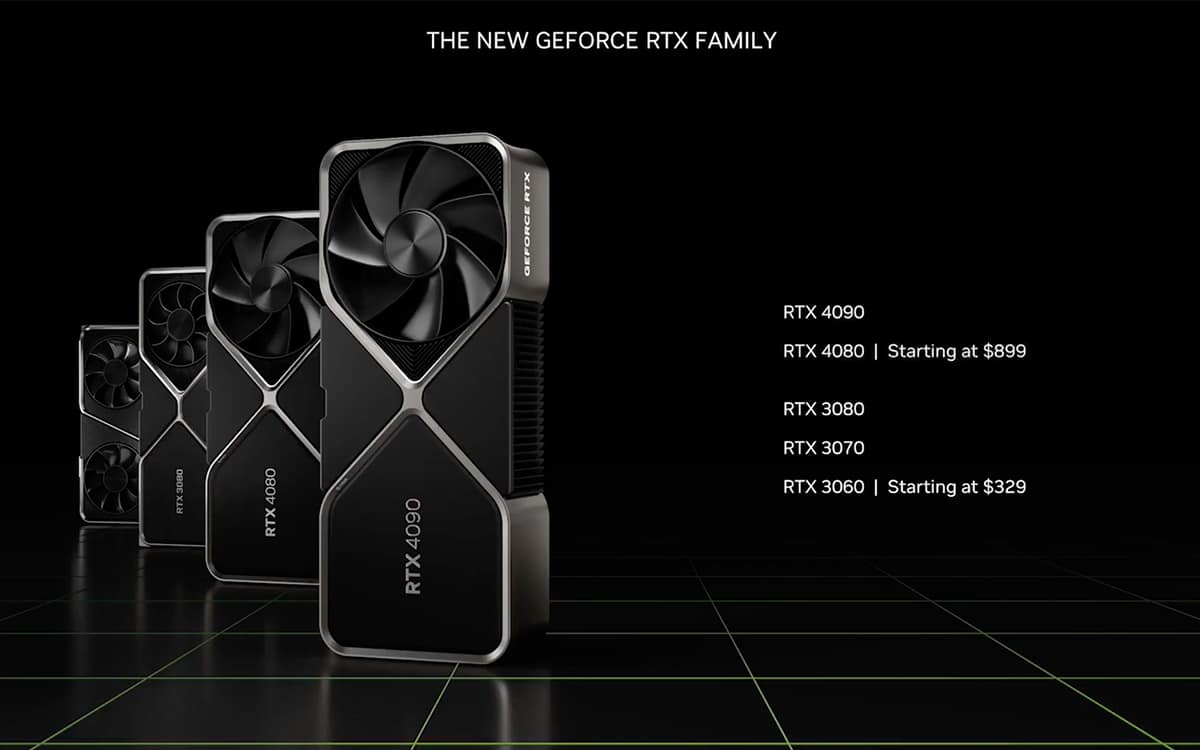 Share
Facebook Twitter LinkedIn Pinterest
Nvidia’s RTX 4080 and 4090 are official and very very expensive, Apple is increasing the prices of apps on the App Store and Sony is about to launch a PS5 Slim in 2023, it’s recap time!
Contents hide
1 Nvidia’s RTX 4080 and 4090 performance makes your mouth water, but it’s not for everyone
2 Apple raises App Store prices again
3 PS5 Slim: it’s coming in 2023, and that’s the good news of the day

Nvidia’s RTX 4080 and 4090 performance makes your mouth water, but it’s not for everyone

Nvidia took advantage of the GTC to present its latest high-end graphics cards, the GeForce RTX 4080 and RTX 4090. These are based on the Ada Lovelace architecture, which succeeds Ampere, unveiled just two years ago. With prices ranging from $899 for the RTX 4080 to $1599 for the RTX 4090, it’s safe to say it’s not just for the average gamer or basic graphic designer. The foundry readily admits that these cards are specially designed for the era of AI and the Metaverse.

This is the crisis for everyone. The Apple company has announced its intention to increase the price of applications and in-app purchases from its App Store next month. The note is likely to be very salty for the end user, because by increasing the developers will not want to be the turkeys of the farce in this inflationary race. Prices will therefore increase significantly. There is talk of a 30% jump in Japan and 20% in Europe. The Cupertino company is familiar with these price swings, remember that in 2021, it had lowered the prices of its apps by 10%. It is in any case the time to buy the applications that interest you if you had the slightest hesitation.

A new version of the PlayStation 5 would be in the pipeline, and it would be a Slim model. While its innards and specs will be more or less the same as the current model, rumor has it that it will have a removable disk drive. A way probably to offer a cheaper basic console or to make it scalable? All hypotheses are possible, in any case, it would replace all commercial models currently on our shelves.

Read – PS5 Slim: a thinner model would arrive in 2023 with a detachable disc drive