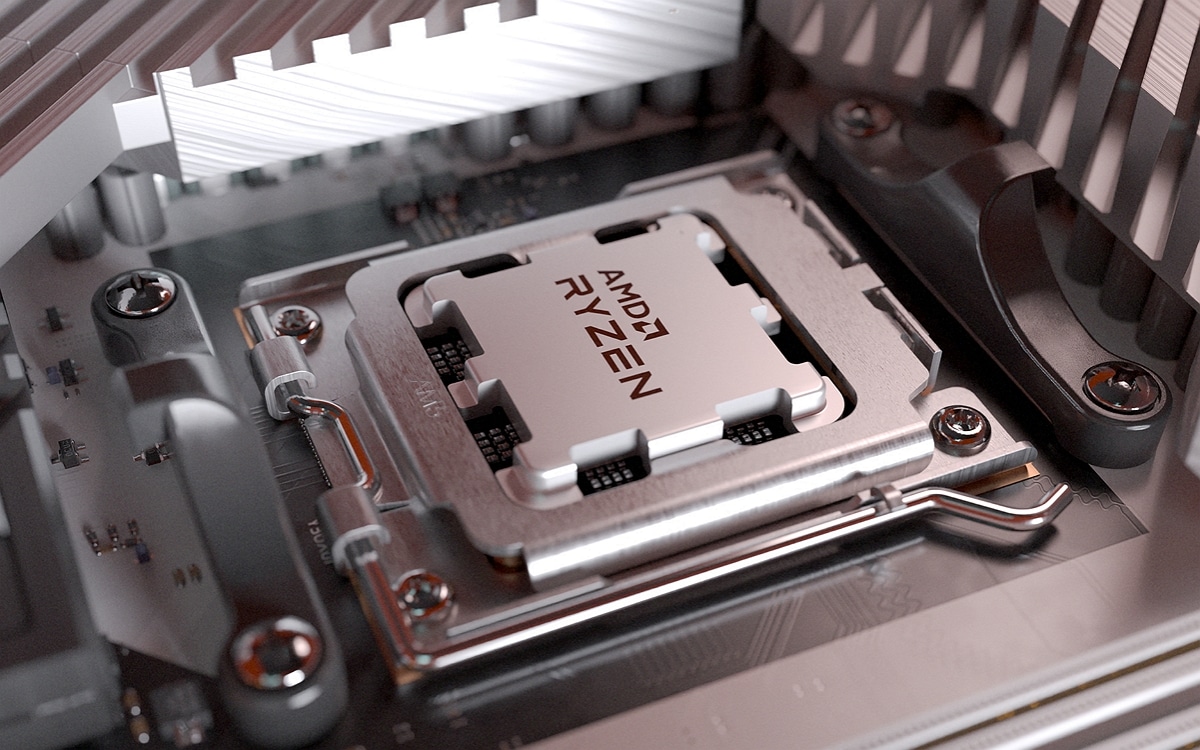 AMD unveiled new Ryzen 7000 “Raphael” chips with a new Zen 4 architecture at the end of August. During its conference, AMD promised quite massive performance gains thanks to the new 5 nm engraving, and effectively, the chips are just as powerful as the company advertised.

While the chips aren’t officially expected to hit the market until September 27, pricing in euros was recently unveiled by a French retailer, and we now know more about what to expect from the performance of the most expensive chip. of all, the Ryzen 9 7950X.

The Ryzen 9 7950X buries Intel in the benchmarks

Even before the launch, several sites have already been able to test the chip, including HotHardware, which ran it through various benchmarks. The chip has been overclocked to 5.5 GHz on all its cores with a single 280 mm Corsair AIO watercoolerand that was apparently enough to grab world records in several tests.

On social networks, we have already seen various users have successfully pushed the chip to 6.5 GHz on all cores, and even 7.2 GHz on one core. OIt is therefore expected that the chip will soon succeed in breaking its own records in other tests. We recall that AMD officially sets the limit at 5.85 GHz for its chip, which is better than the Intel Core i9-13900K. AMD is working with renowned extreme overclockers to push Zen 4 to new heights with LN2. Also, expect the Ryzen 9 7950X to shake up the overclocking scene very soon.