The Samsung Galaxy S23 Ultra will have a record-breaking screen brightness that will surpass even the iPhone 14 Pro Max, according to a leak 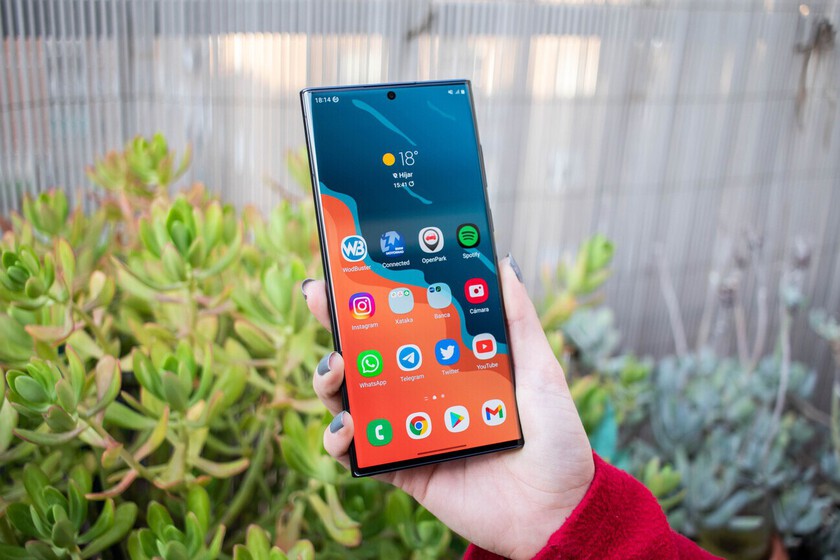 Share
Facebook Twitter LinkedIn Pinterest
The year 2022 is coming to an end. Supermarkets stock their shelves with nougats, shortbreads and shortbreads of all possible flavors while manufacturers finalize the launches for the remainder of the season and the start of the next. One of the stars, precisely, of that next year, of 2023, will be the Samsung Galaxy S23. Along with the rest of his family.

True to tradition, the members of the Samsung Galaxy S23 family do not stop leaking and the pace continues to increase. The last thing we have in hand, always taken with caution because it does not come from official sources, is that the screen of the Samsung Galaxy S23 Ultra will have a really high maximum brightnessalmost absurd. We are going to go above 2100 nits of maximum peak.


The highest brightness on a mobile screen

As we have already mentioned, all information that comes from unofficial sources must always be taken with caution, as it may not be totally accurate. In this case, even the filter itself that puts on the table the maximum brightness of the screen of the future Samsung Galaxy S23 Ultra tells us that there may be adjustments between now and launch that these data vary.

And what the data tells us is that the future Samsung Galaxy S23 Ultra will have a maximum brightness of approximately 2,150 nits (between 2,100 and 2,200, depending on the leaker). To put ourselves in context, the Samsung Galaxy S22 Ultra The current one, whose screen was already exceptionally bright, could offer a maximum brightness of 1,750 nits. So we would talk about 400 extra nits, almost 25% growth compared to the previous generation and 200 nits more than the iPhone 14 Pro Max.

“Numbers might be different at launch, due to further adjustments

When we talk about maximum brightness in these cases we are not referring to sustained brightness. We won’t be able to set the S23 Ultra’s screen to burn at 2,150 nits all the time but instead It will be a maximum point for very specific moments, such as the direct incidence of the sun on the panel, and it can be sustained for only a few seconds. It is logical that the maximum sustained brightness is well below that figure, which is around 1,300 or 1,400 nits. Which is already a lot, mind you.

In addition to this, there is also talk that Samsung has improved the brightness dimming of your screen facing the Galaxy S23 Ultra and that it will be able to offer a DC Dimming almost 2,000 Hz, which is not bad either. The rest of the screen features should be completed with 2K resolution, 120Hz refresh rate and protection with Gorilla Glass Victus. We will remain vigilant.