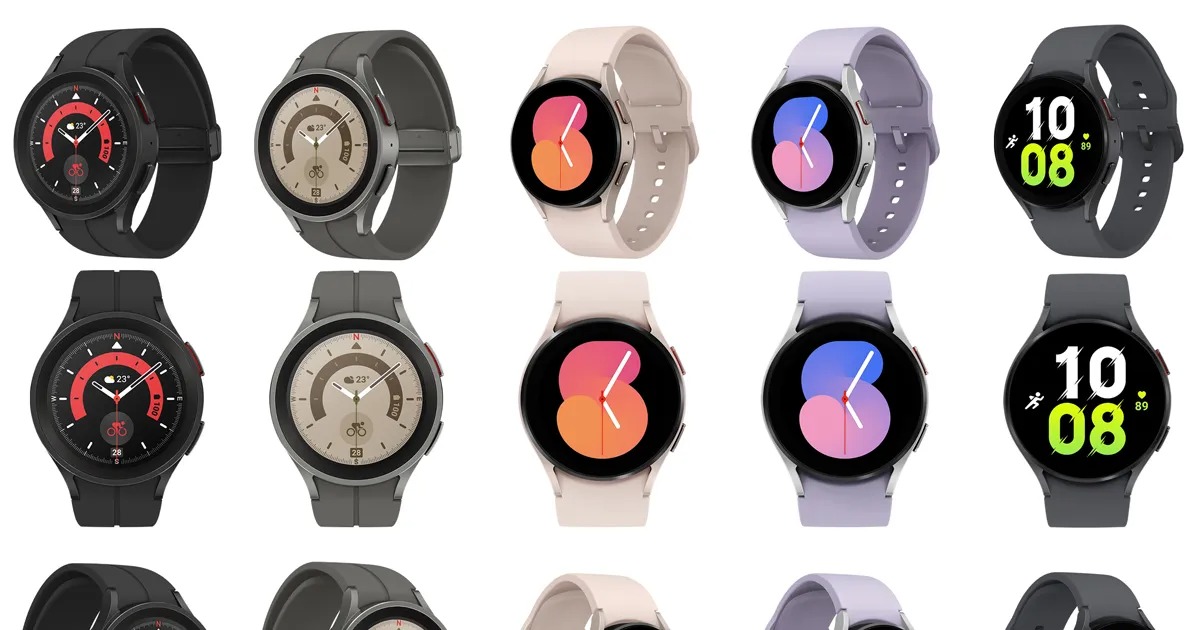 German site WinFuture has shared the specs of Samsung’s upcoming watches. We learn that the Galaxy Watch 5 Pro would be entitled to 80 hours of autonomy.

In less than a week, Samsung is due to introduce its new range of folding smartphones, the Galaxy Z Fold 4 and Z Flip 4. Both phones are also expected to be announced alongside several accessories, including the new Galaxy Buds 2 Pro, but also and above all a new generation of Samsung connected watches under Wear OS: the Samsung Galaxy Watch 5 and Samsung Galaxy Watch 5 Pro.

Until now, however, information about these two watches has been scarce. If we have already been able to discover their design thanks to a leak published by the 91Mobiles site, information on the components and characteristics was not legion.

We finally know more thanks to the German site WinFuture. In an article published Thursday, August 4, journalist Roland Quandt, generally very well informed about the technology industry, has indeed revealed a large part of the technical sheet of the next two Korean watches. The article confirms that these are three watch models that should be presented on Wednesday August 10 with two versions of the Galaxy Watch 5 – in 40 and 44 mm – and a Galaxy Watch 5 Pro offered only in 45 mm format.

According to Roland Quandt, the Samsung Galaxy Watch 5 would be 9.8 mm thick with a weight of 28.7 grams for the 40 mm version and 33.5 grams for the 44 mm version. The smallest version would integrate a 1.19 inch AMOLED screen with a definition of 396 x 396 pixels while the 44 mm model would be entitled to a 1.36 inch panel for a definition of 450 x 450 pixels. It would also be the same screen as on the Galaxy Watch 5 Pro.

Regarding the components, all the watches would benefit from the same Exynos W920 chip already used on the Samsung Galaxy Watch 4 of 2021. The processor should however be associated with more storage, going up to 16 GB on the most high-end model. .

Two to three days of autonomy on the Galaxy Watch 5

But the most interesting remains the built-in battery on the various digital toquantes. According to information from WinFuture, Samsung could indeed offer an autonomy of up to 80 hours on the Pro version:

We already knew that Samsung had worked to improve the autonomy of its next connected watches. Offering a two-day autonomy for a watch under Wear OS is already particularly difficult given the energy consumption of the system. However, with the Galaxy Watch 5 Pro, the firm would therefore go up to three days of continuous use. However, it remains to be seen under what conditions this measure can be achieved.

We should know more about the Samsung Galaxy Watch 5 and Watch 5 Pro next week, during their official presentation. As a reminder, prices are expected between 300 and 540 euros depending on the model and 4 G compatibility.

The Galaxy Z Fold 4 and Galaxy Z Flip 4 evolve as phones, but not as much as folding