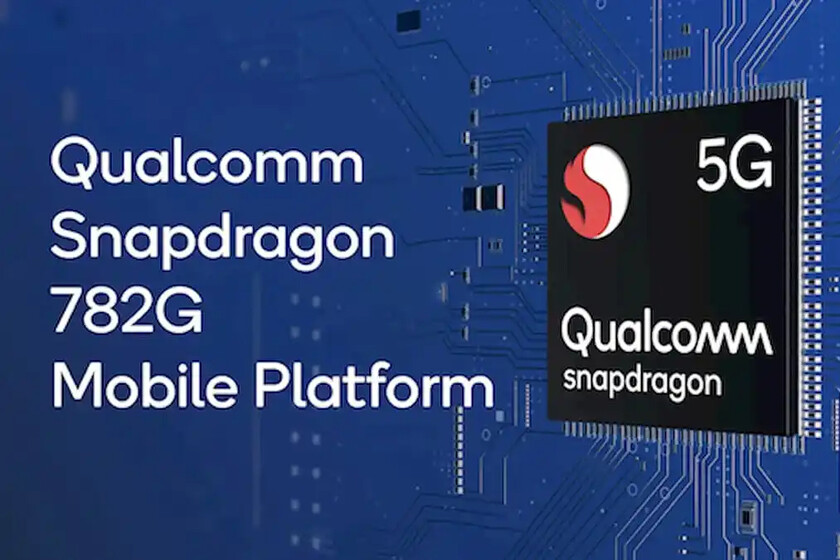 Share
Facebook Twitter LinkedIn Pinterest
Qualcomm has announced almost by surprise the new processor that we will surely see in a good amount of the premium mid-range in the coming months: it is the new Snapdragon 782Gbasically a slightly overclocked version of last year’s Snadpragon 778G+.

Qualcomm recently renamed its line of processors by changing the strings of numbers for somewhat more minimalist combinations such as Snapdragon 8 Gen 1, but for some reason the numbers remain in the spiritual successor to the Snapdragon 778G+: the new processor is called Snapdragon 782G.

The new Snapdragon 782G is a fairly modest upgrade from its predecessor, so Qualcomm estimates that the performance improvement will be 5% for the CPU and 10% for the GPU. The improvement is given by the fact that the main Kryo 670 core (based on a Cortex-A78) runs at up to 2.7 GHz, 200 Mhz more than the Snapdragon 780G+.

This main nucleus is accompanied by three Kryo 670 Gold (also Cortex A78) at up to 2.2 GHz and another four Kryo 670 Silver (Cortex A55) at up to 1.9 GHz. The GPU is the Adreno 642L and the artificial intelligence is marked by the Hexagon chip from the house .

The Snapdragon 782G supports LPDDR5 memory, Full HD+ displays at 144 Hz, cameras up to 200 megapixels and the latest in connectivity from the FastConnect 6700, including 5G, Wi-Fi 6 and Bluetooth 5.2, plus Quick Charge 4+ fast charging. It remains to be seen when we will see the first terminal with this processor on board, although it could be coming soon.

Data sheet of the Snapdragon 782G

If you want to try MIUI 14 before anyone else, Xiaomi has just opened its early access program so you can do it