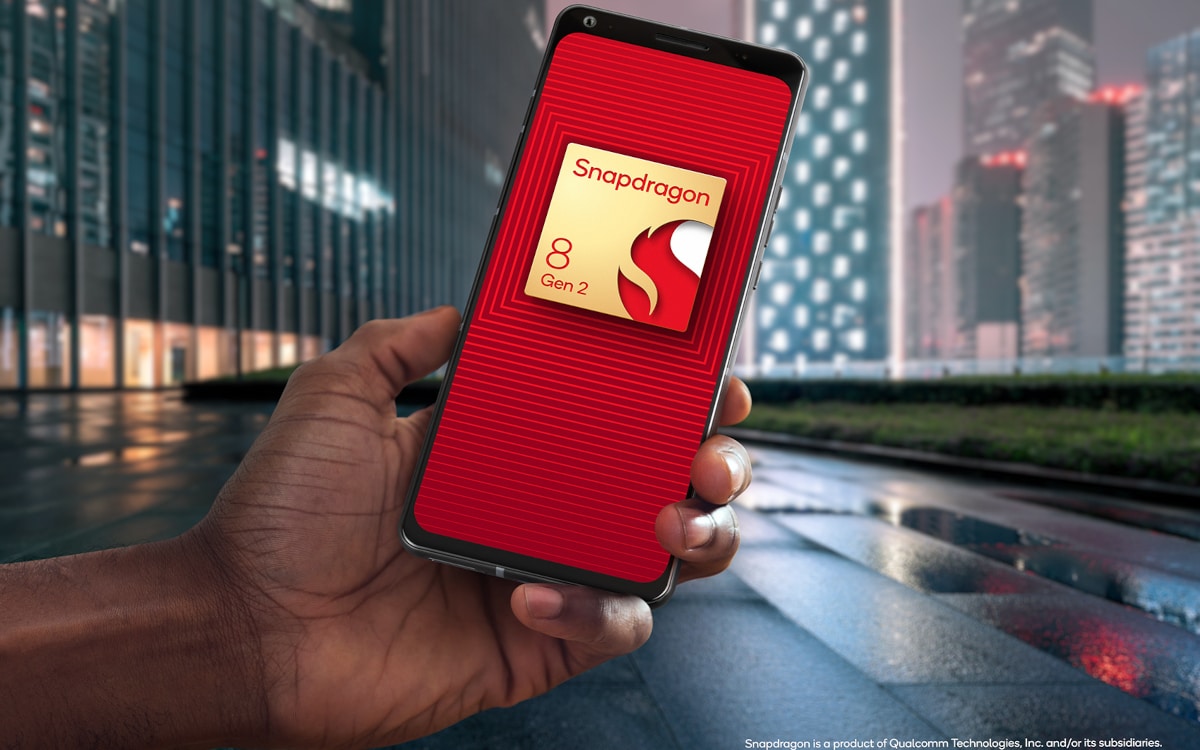 Share
Facebook Twitter LinkedIn Pinterest
According to leaker Ice Universe, the new Snapdragon 8 Gen 2 SoC doesn’t just bring a huge performance boost. It is so efficient that its energy consumption, for equal performance, is 8 to 9 times less than its predecessor.

Ice Universe calculated the performance gap between a Samsung Galaxy S22 Ultra powered by an Exynos 2200 and a Vivo, likely the Vivo X90 Pro+, the first smartphone with a Snapdragon 8 Gen 2 chip. According to GeekBench 5, the performance gain speed is around 25% in single-core, and 45% in multi-core. A phenomenal progression that allows the chip to compete with Apple’s latest processors.

To read – The Snapdragon 8 Gen 2 is faster than the Apple A15 in the iPhone 14, according to this benchmark

The Snapdragon 8 Gen 2 apparently doesn’t just offer top-notch performance. It is also less energy consuming. According to Ice Universe, Qualcomm’s chip GPU is 60% more powerful and it is 88% more efficient. Whether this result will really affect the actual battery life of the S23 remains to be seen. These measurements are not taken under real conditions of use, they should be put into perspective.

The Snapdragon 8 Gen 2 is faster, more powerful, and less greedy

Qualcomm has confirmed that all models of the Samsung Galaxy S23 will be equipped with a Snapdragon 8 Gen 2, much to the delight of future European buyers of Samsung’s most prestigious smartphone. The performance of the Exynos fitted to the Galaxy S has always been a little behind compared to their American equivalents. Samsung has encountered overheating issues with the Exynos 2200, its in-house processor and has abandoned the idea of ​​an Exynos 2300.

For Exynos2200 users in Europe, the update from S22U to S23U is an earth shaking change. The multi-core increase of 45% is enough to make you feel faster in daily operation, not just in the score. pic.twitter.com/4cRCutwILd

Samsung is hopeful of selling a lot of high-end smartphones during the holiday season. The latter will then yield the spotlight to the highly anticipated Galaxy S23, the true flagship of the Korean giant. If we are to believe the rumor, it could bring forward the marketing of the Galaxy S23. This last could be formalized at the beginning of February. In addition to a custom Snapdragon 8 Gen 2 processor, it will have Wi-Fi 7 connectivity, UFS 4.0 chips and LPDDR5X RAM.