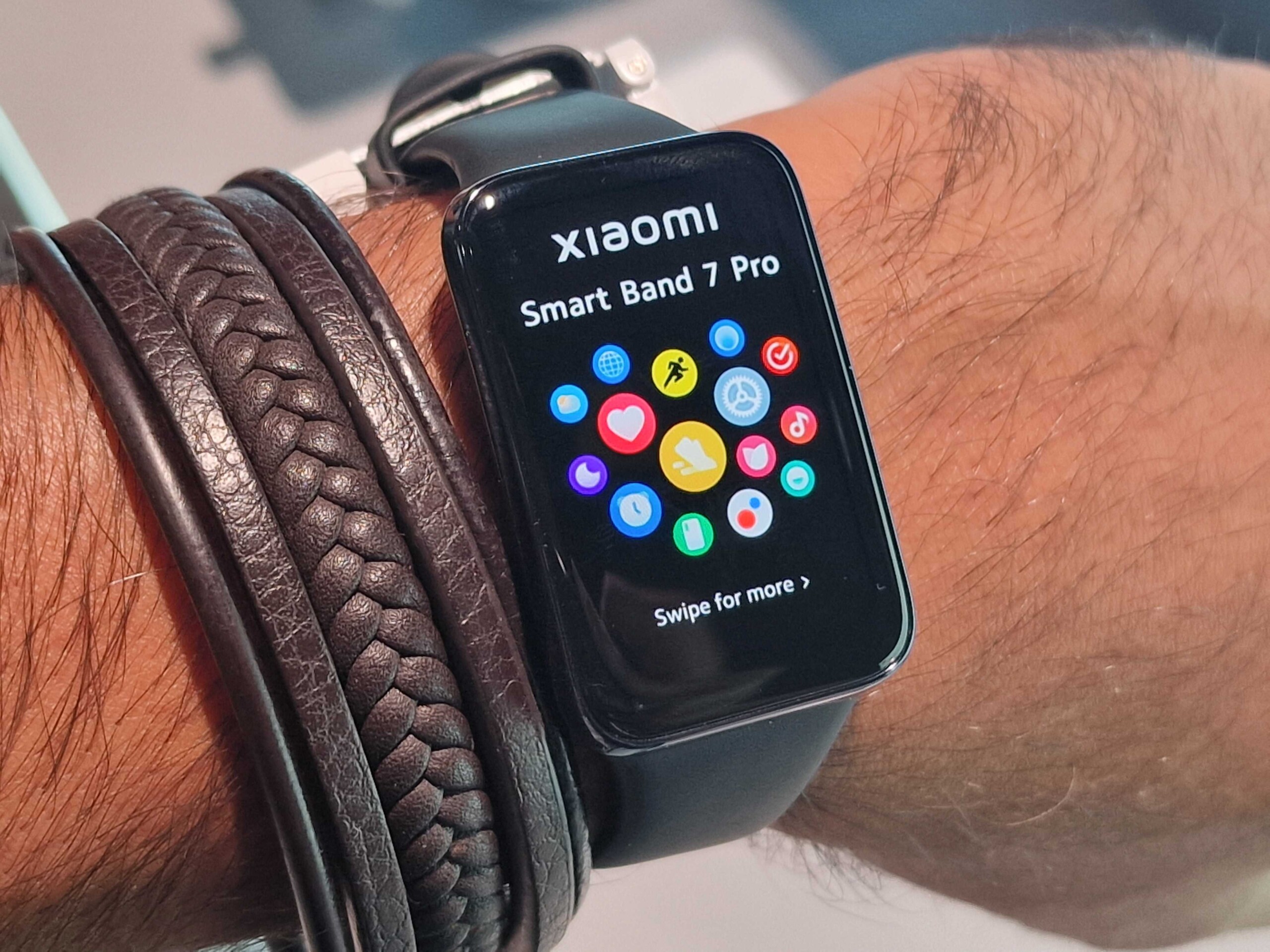 When trying the Xiaomi Smart Band 7 Pro, a question immediately arises: is it really a connected bracelet? Can’t we already qualify this product as a connected watch?

“When does a connected bracelet become a connected watch?This question was asked to me by a colleague during the Xiaomi conference during which the Smart Band 7 Pro was launched in Europe. And I have to admit that I don’t have a ready answer to give him.

I was able to briefly try the Xiaomi Smart Band 7 Pro after the presentation of the brand’s new products. However, this product which presents itself as a connected bracelet could quite pass for a watch.

The first thing I did when I saw the Smart Band 7 Pro on the demo stand was obviously to wrap it around my wrist. So for a few minutes I wore the connected bracelet next to the classic watch that I wear every day.

The Xiaomi Smart Band 7 Pro looked at least as big as my tocante, if not more imposing. And for good reason, the rectangular Amoled screen it sports has a diagonal of 1.64 inches. For comparison, the Apple Watch Series 8 has a 1.9 inch panel.

Even closer is the Watch SE (2022) at 1.78 inches, just 0.14 inches away from Xiaomi’s strap. Finally, on this first contact with the Smart Band 7 Pro, the only real detail that betrayed its less noble status as a bracelet was the choice of rubber for the strap around the wrist. The feeling against the skin is different from what you usually find on a watch.

Beyond that, whether in terms of weight, dimensions or contact of the case against the wrist, nothing special to report. It does look like a connected watch. Uh… sorry, a bracelet. Or rather a bracelet that thinks it’s a watch.

On the product grip space provided by Xiaomi, it was not possible to assess the reliability of the features offered by the Smart Band 7 Pro. I could, however, easily navigate the touchscreen. The gestures remain quite intuitive and by sliding your fingers on the screen, you can browse the options.

I thus crossed the heart rate monitor. This one was obviously not very relevant to use standing in the middle of several dozen people jostling to approach the exposed devices. More interestingly, the GNSS system is well put forward.

This acronym stands for “Global Navigation Satellite Systems” (GNSS) which translates to “satellite positioning system” in French. By abuse of language, the general public and the press speak of GPS (which is the best known GNSS).

As Xiaomi points out, this allows “faster positioning and route tracking more precise“. Here too, therefore, the Smart Band 7 Pro flirts with connected watches. Add to that the promise of 110 sports modes for activity tracking, 5ATM resistance (50 meters deep in water) and 12-day battery life.

For barely 100 euros, many people will undoubtedly be interested in this connected bracelet rather than a real connected watch.

The Xiaomi Smart Band 7 Pro is announced in France at the recommended retail price of 99.99 euros. Until October 10, you will enjoy a reduction of 20 euros if you buy it on the brand’s website.

NB. Our journalist Omar is traveling to Munich as part of a press trip organized by Xiaomi.

OPPO announces discounts on its Find X5 and Reno8 ranges