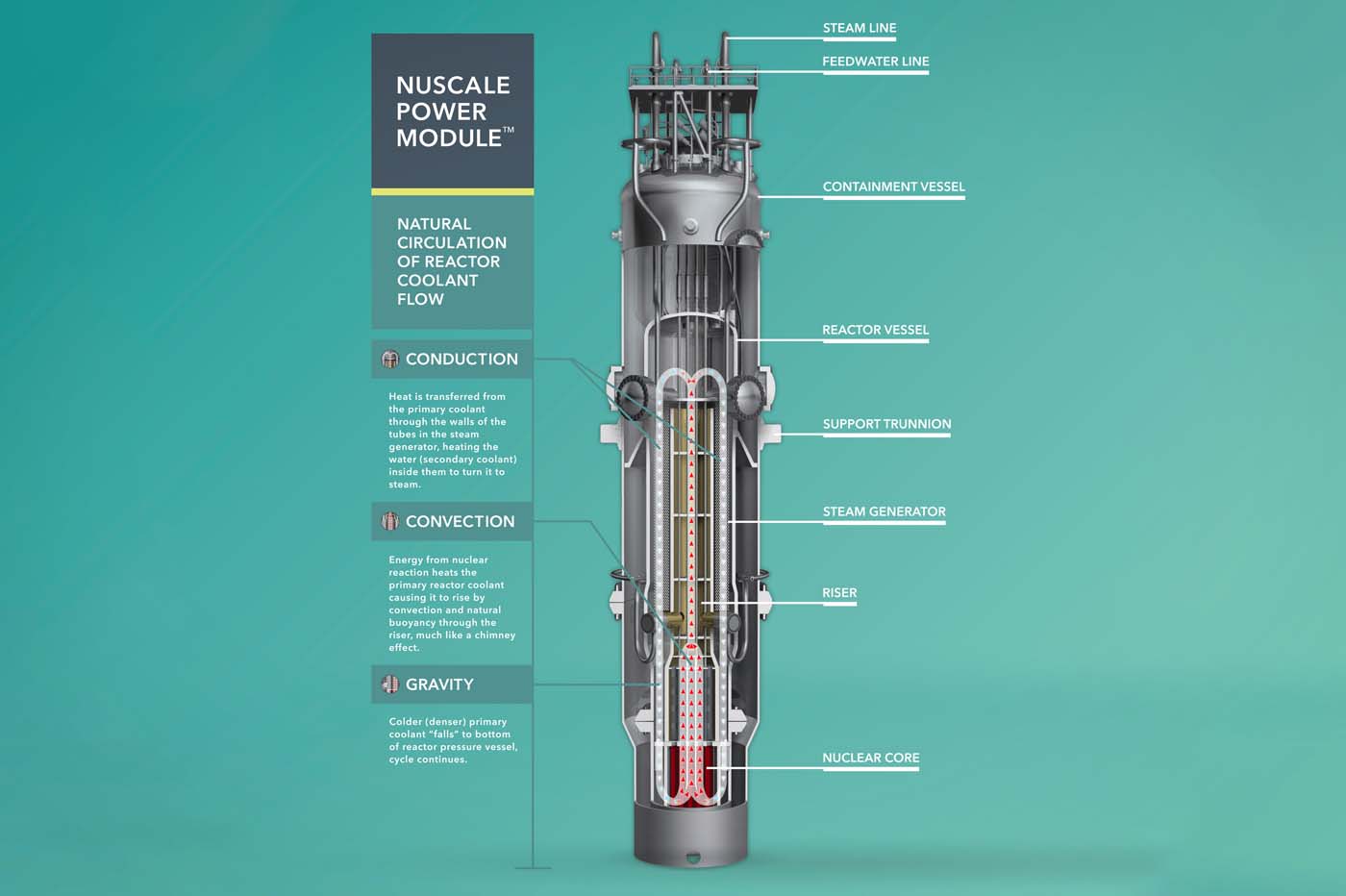 Share
Facebook Twitter LinkedIn Pinterest
The United States Nuclear Regulatory Commission (NRC) has just issued a press release in which we learn that the agency “has asked his team to issue a final arbitration that certifies NuScale’s small modular reactor design in the United States”. The American authorities have thus just validated their very first small modular reactor (PRM).

The NRC adds that its seal “means that the design [de NuScale] meets applicable agency security requirements”. SMRs are a nuclear reactor technology that is smaller, safer, and faster to install where the energy demand is. They contain little fissile material, which reduces the risk of contamination in the event of an accident.

Several modules can be installed in the same unit to meet the specifications of the installation. NuScale’s first power plant, dubbed Carbon Free Power Project, should generate electricity from 2029. It will initially contain six modules for a total power of 462 MW. But the NRC seems to agree to increase the power up to 600 MW with a total of 12 modules.

In the event of a problem, each of its modules is capable of stopping immediately in complete safety without human intervention. These modules do not need to be electrically powered after an emergency shutdown – unlike conventional reactors which constantly require electricity to power the pumps that cool the fuel.

In the event of an accident on a PRM, the water inlet and the steam outlet are cut off, and a second set of valves opens inside to depressurize the steam in the module’s containment enclosure. As it condenses, the water trickles over the core, and the cooling cycle continues passively, by evaporation/condensation – without any external contamination.

The modules themselves are submerged in large pools, themselves protected by a containment enclosure. So that even in the event of a disaster, the radioactive contamination will a priori remain confined to the plant. Certification of NuScale PRMs is a big win for the technology in itself. NuScale started the process 6 years earlier, in 2016.

Read also – Nuclear mini-reactor – what is it and why does France want to build one?

The United States, China and Russia are currently mainly pioneers with many SMR concepts at more or less advanced stages of development. But Europe and France have also been interested in the question for several years. In France, Naarea and Assystem, for example, recently joined forces to develop their own PRM, called XSMR.