There are already robots that can cook, but this new model also chews to improve the flavor of your dishes 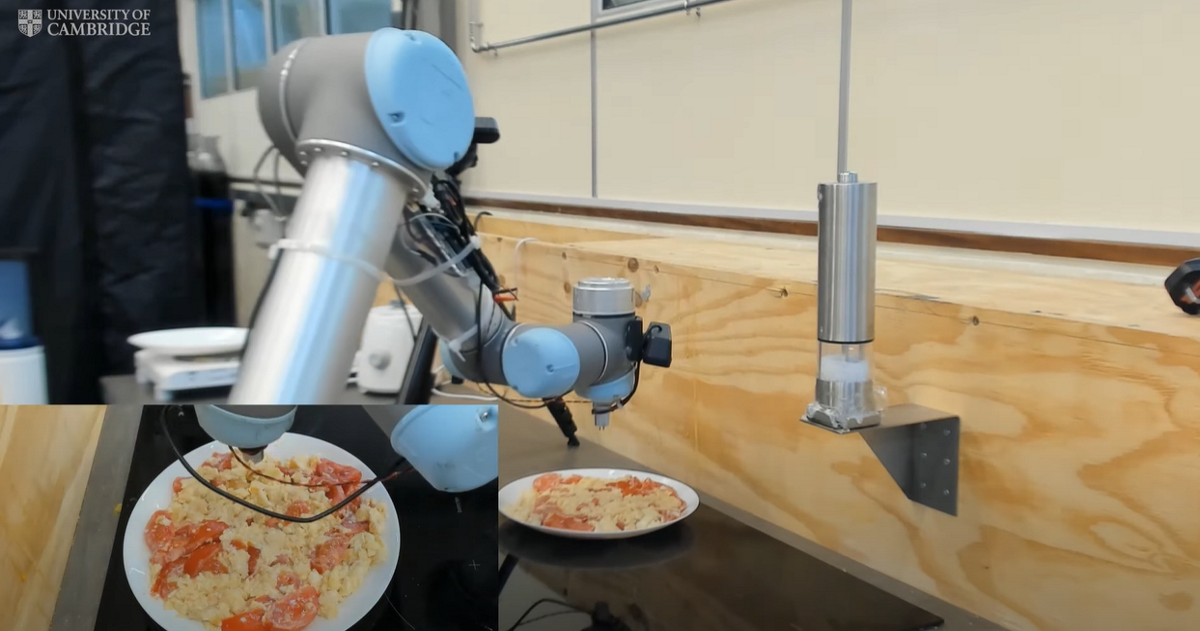 The robot can “taste” food to suit our tastes and make decisions on the fly.

There are many homes around the world where food processors have carved out a niche for themselves. Technological advances in this sector are growing at dizzying speeds, and there are more and more products with new functionalities and features. Simply by entering the ingredients, these robots are already capable of preparing complex dishes, but what if the robot itself could taste the food to suit our tastes?

A team of scientists from the University of Cambridge have managed to make it a reality. They have designed a robotic arm that is capable of chewing food just like a human being would. It may seem useless since it has no digestive system, but the interesting part is that it does this to adapt the flavors of the food to our personal tastes.

During chewing is when the human being synthesizes the flavorsand the taste buds work and perceive the flavor differently in the first bite and once you have swallowed the food.

There are flavors that last longer and others that are more fleeting, that’s why simulated chewing is essential to gather information. Grzegorz Sochacki, one of the researchers from the Cambridge engineering department explained to The Guardian the importance of the robot learning from this process:

“If robots are going to be used for certain aspects of food preparation, it’s important that they be able to ‘taste’ what they’re cooking. Thanks to chewing we all see changes in a mechanical process”.

In the first experiments, one of the tasks of this “robot chef” has been to make tortillas. The system tried different combinations varying the amount of egg, the level of salt, the oil… and based on that he prepared the tastiest omelette. The information she got by chewing up the evidence helped him decide which tortilla was better not only with the first bite, but based on the entire process that includes chewing and swallowing.

The robot is equipped a salinization system and its interior. If when tasting a bite it detects that it is bland, it will add salt accordingly. This works in the same way when it comes to spicing or seasoning the food, the grace that the robot can “chew” is that we could teach it how we like a certain dish so that it replicates it perfectly.

Imagine bringing a tupperware from your parents’ house, giving it to the robot to try and get it for itself (after offering the ingredients of course) replicate the flavor perfectly. At the moment that fantasy is not within the reach of science and technology, but perhaps in a few years the culinary pedestal where we have all the mothers will be in danger.