There is already a PCIe 5.0 SSD, but it costs 4 times more than current ones! 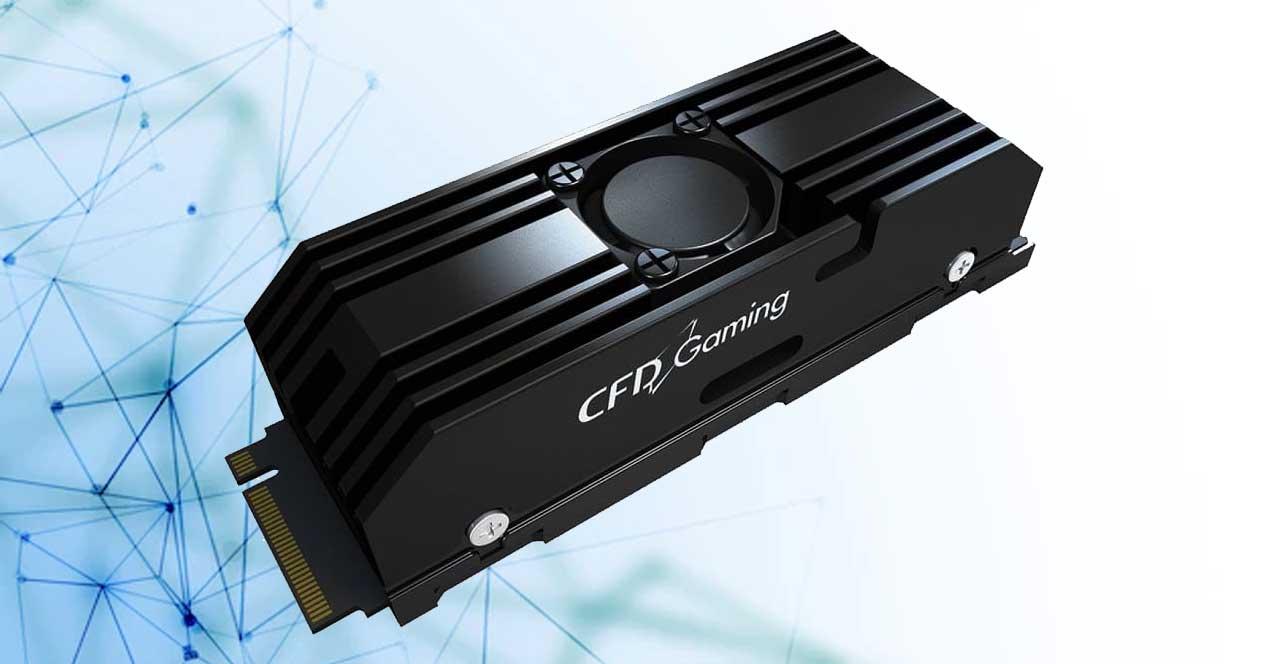 Share
Facebook Twitter LinkedIn Pinterest
Already in the month of October the first SSD with PCIe 5.0 interface that will soon reach the market, storage devices that double the performance of current ones. Now, an online store in Japan has leaked the price they will have, and it has left us all speechless not because of its performance, but rather because it costs four times more than current SSDs with PCIe 4.0 interface. Next you will know how much it costs World’s fastest SSD.
Currently, SSDs with PCI-Express 4.0 interface come to offer us more than 7,000 MB/s for both reading and writing, speeds that we could hardly have dreamed of having a few years ago. Now, with the arrival of the new generations of platforms from both Intel and AMD, motherboards already support storage with PCIe 5.0 interfacebut so far there is no SSD that takes advantage of it.

As we said at the beginning, in October the Japanese manufacturer CFD Gaming announced its first PCIe 5.0 SSD, with read rates reaching 10 GB/s and up to 9.5 GB/s write speeds, rates Although they do not double the maximum we had up to now with PCIe 4.0, they do represent a notable increase in performance.

It is an SSD with a built-in heatsink and it even has a fan for active cooling, so you can already imagine how hot it gets. All in all, it is offering us a performance increase of about 2,500 MB/s compared to the current generation when what was expected is that it would offer us literally double.

But what is really surprising is the price at which they intend to sell it. These SSDs have been leaked to an online store in Japan called Kakaku, and although they have already been removed, you know what happens as soon as something appears on the Internet. Here you have a screenshot with its price in Yen. 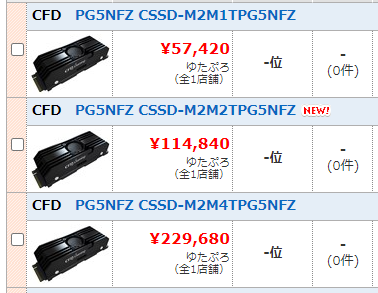 In exchange, the world’s fastest SSD drive with 1 TB capacity would cost 402 Euros, while the 2 TB drive will cost just twice as much, 804 Euros. The top-of-the-range unit, with a 4 TB capacity, will have a price that is almost impossible for most to assume: 1,608 Euros. This is also a raw conversion to which handling, shipping and tax costs will most likely have to be added, so we can easily expect the 1TB drive to be priced around 500 Euros when it hits the market, scheduled for next month. January of next year.

whatIt’s worth it buy a PCIe 5.0 SSD even though it is the fastest on the market? We, of course, at these prices believe not, both because the price is almost absurd and because they are not providing us with such a notable improvement compared to the current PCIe 4.0 SSDs, whose 1 TB capacity drives we can find for just over 100 Euros.

In any case, we will have to wait until next month for the PCIe 5.0 SSDs from the usual manufacturers to begin reaching the market, at which time we will know for sure the price at which they will be sold. But, of course, we do not bode well for the future if prices are going to be of this nature.

What are the advantages of a VPN with diskless servers?

Never pay with your credit card online, this is what you should use

Who is Booster Gold, the loser who redeems himself in DC?

What are the advantages of a VPN with diskless servers?

This is the WELOCK touch 43 electronic door lock, with fingerprint sensor