these 4 new mobiles go with everything 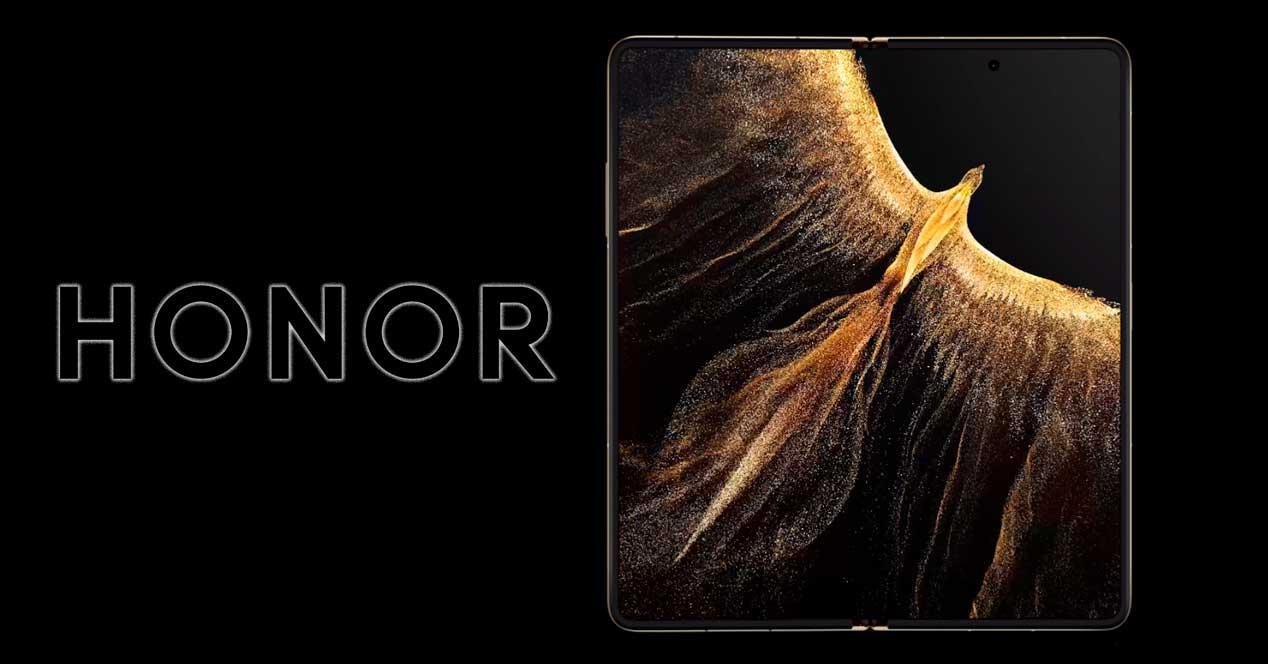 Share
Facebook Twitter LinkedIn Pinterest
Regarding the folding, we find a smartphone in the pure style Samsung Galaxy Z Fold 4 maintaining that aspect of folding in the form of a book. A new mobile that joins the high-end catalog of the Chinese company after its independence from Huawei, which means that it comes with Android 13 and Google services factory built-in. This also applies to the Honor 80 series of devices, which we’ll investigate further below.
Contents hide
1 A folding of arms to take
2 brimming with power
3 The Honor 80 arrive to dominate the mid-range
3.1 Honor 80 SE: the budget option
3.2 Honor 80: versatile and capable of everything
3.3 Honor 80 Pro: the best of the best

A folding of arms to take

The Asian company has announced this morning the launch of its second folding as successor to Honor Magic V to make way for Honor Magic Vs. At the moment it doesn’t seem like it’s going to leave China, but who knows what could happen in the future, since, in terms of features, it’s the most ambitious phone of its kind.

This foldable improves its design compared to the previous generation, decreasing its weight to 261 grams. A priori, it may seem somewhat disproportionate, but it is common in these devices due to their size and the materials they use. This weight reduction is thanks to the components used for the hinge, which does not lose resistance.

The Honor Magic Vs has a 6.45-inch AMOLED exterior curved screen, that is, with dimensions that are reminiscent of a normal smartphone. It offers a 120 Hz refresh rate and is compatible with HDR10 + technology to enhance the 1,070 million colors that your screen reproduces. Likewise, the inner screen is 7.9 inches and occupies 90% of the surface. Of course, it is also AMOLED and has a warm temperature so as not to cause visual fatigue. This time the refresh rate stays at 90 Hz.

The new Honor foldable has a triple camera setup composed of a 54 MP main sensor, a 50 MP ultra wide angle and an 8 MP telephoto lens with 3x optical and 30x digital zoom. At the front it equips a 16 MP selfie lens both inside and outside.

The performance of the Honor Magic Vs is guaranteed by the most powerful Android chip of the moment, that is, the Snapdragon 8+ Gen 1 that integrates a 5G modem and an architecture designed to be more energy efficient. So it ensures all kinds of tasks at the highest level without suffering any kind of slowdown or anything like that.

The battery in this class of smartphones is very important and this terminal has a 5,000 mAh battery to promise a duration that borders on 24 hours. This along with a 66W fast charge so that having the mobile at maximum battery does not take more than half an hour. 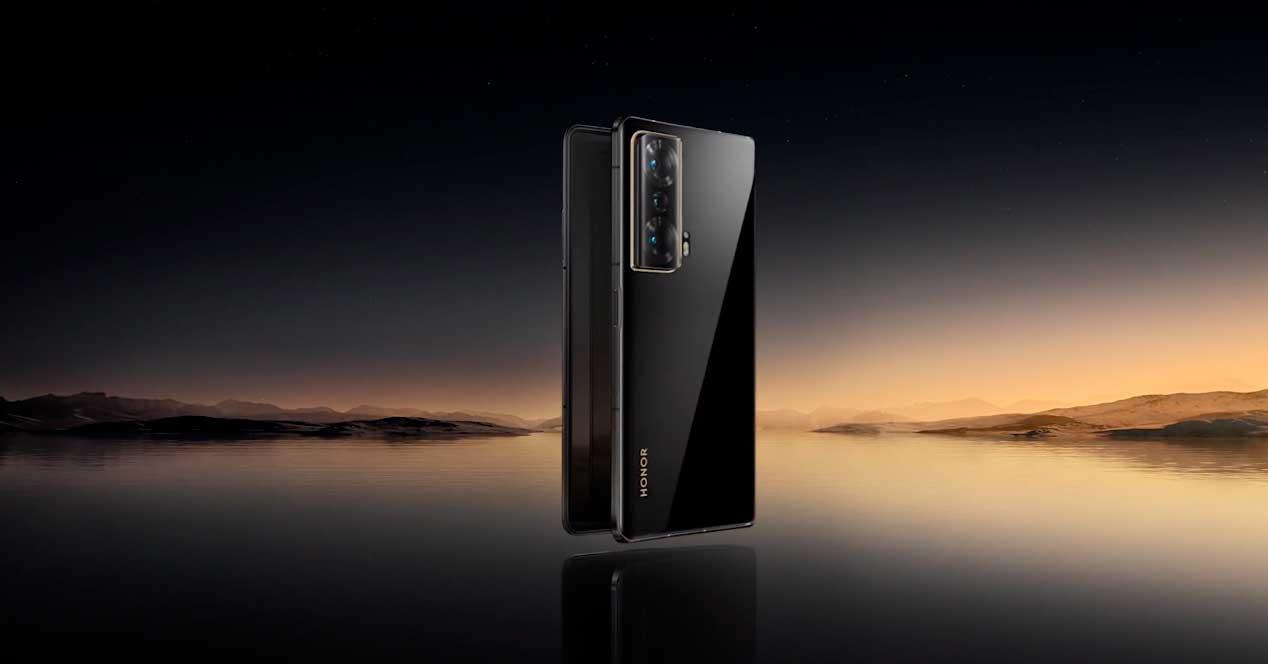 This Honor Magic Vs lands with the new version of the Chinese operating system, Magic OS 7.0, which comes along with a series of new features to take the experience to the next level. Most of these functions are intended to offer a intelligent user service and improve their day to day.

The foldable mobile is now available in China at a price of 7,499 yuan (1,017 euros to change) in its 8 + 256 GB version. We do not expect it to leave China, but the truth is that it would be a great competitor for Samsung’s premium range. As a curiosity, it is worth noting that it has a special golden edition of 16 + 512 GB that reaches almost 1,500 euros.

The Honor 80 arrive to dominate the mid-range

In addition to the foldable, the Chinese brand has also presented the new generation Honor 80. A family that is made up of up to 3 smartphones that differ from each other. On this occasion, it is likely that we will see some of them in Spain, so it is convenient to know them in detail.

The most limited version of this series of devices is the Honor 80 SE model. A terminal that boasts a weight of 175 grams, being its thickness of 7.7 mm so that it is very comfortable in the hand. Their curved display has an OLED panel to show the content brilliantly at the same time as fluent with its 120 Hz. The brain is a Dimensity 900 chip with which you will not have problems for any type of task.

Honor 80: versatile and capable of everything

The standard model does not present large variations compared to the previous one. Its weight is 180 grams (5 grams more), although it maintains its thickness. The screen uses the same OLED panel and reduces its size to 6.67 inches while staying with 120 Hz. In the operations machine it has a Snapdragon 782G that shows a slightly higher performance than Honor 80 SE, but without exaggeration. 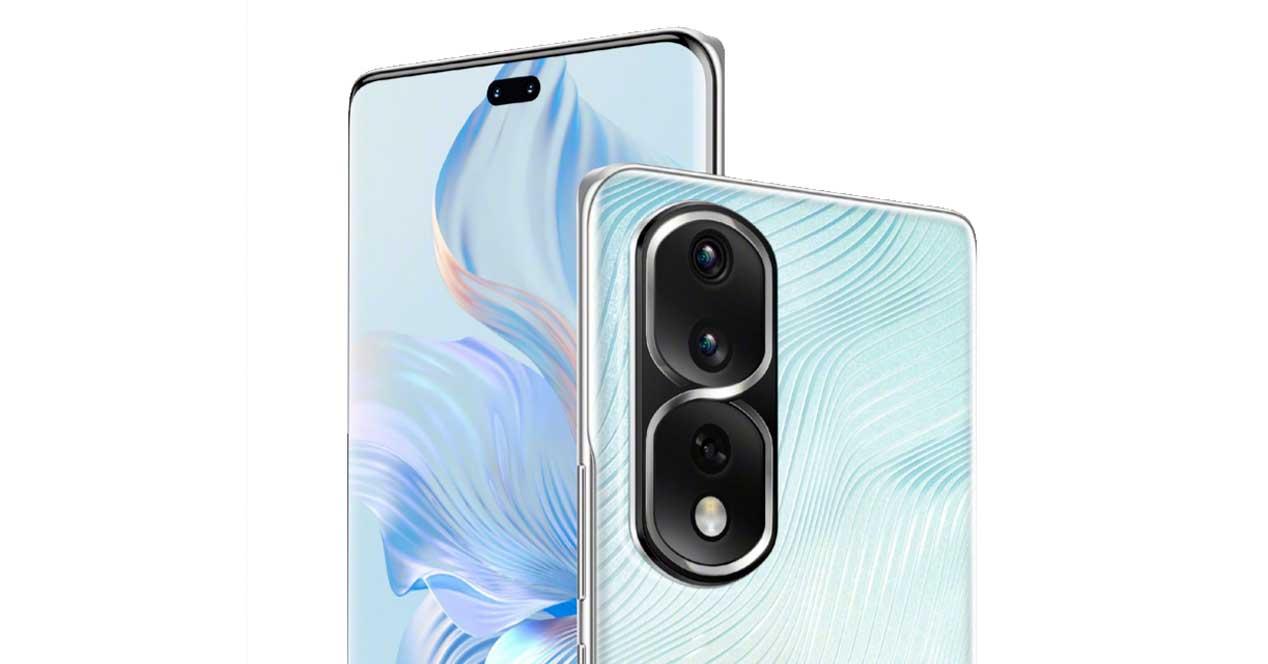 The big change comes with your 160 MP main camera, while maintaining the rest of the sensors of the Honor 80 SE. The battery goes up to 4,800 mAh and maintains the fast charge of 66W. Integrates MagicOS 7.0 and Android 13 as operating system at a price of 365.82 euros To the change.

Honor 80 Pro: the best of the best

If you want to bet on the top mobile in this series of smartphones, the Honor 80 Pro is what you are looking for. As expected, his weight increases to 188 grams and its thickness does the same minimally up to 7.8 mm. Although it is true that the screen is the same as the previous ones except for its size of 6.78 inches, but it makes up for it with the same chip as the Honor Magic Vs, the Snapdragon 8+ Gen 1 to deliver sublime performance. 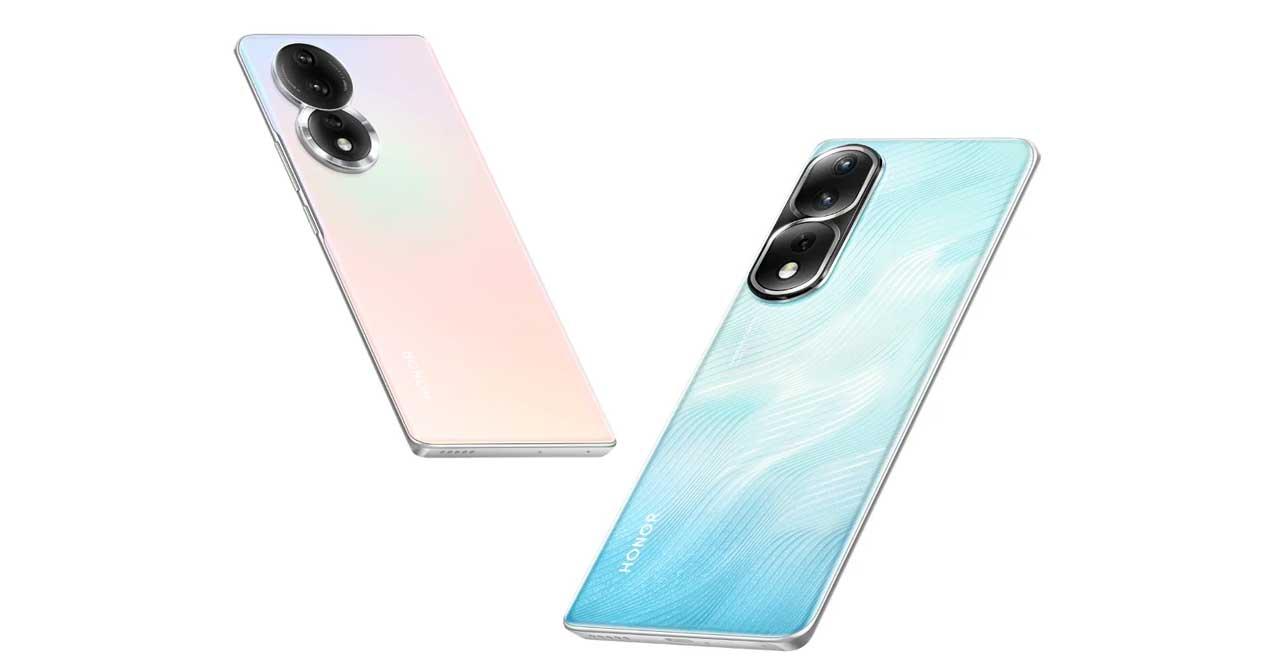 Equip a quad camera set where we find the same cameras as in the base Honor 80, but with a additional 2 MP depth lens. The same goes for the battery, which has a capacity of 4,800 mAh and fast charging support. Under the hood it carries MagicOS 7.0 and Android 13 for a price of 474.35 euros.