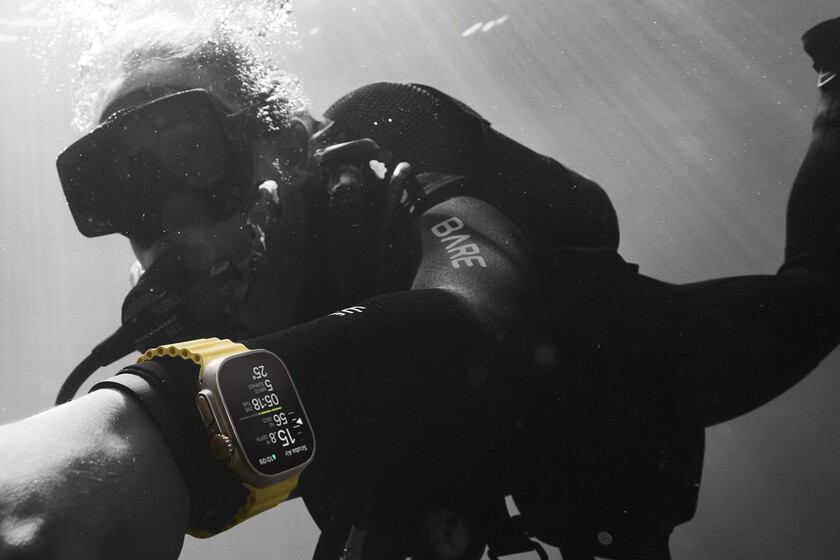 Share
Facebook Twitter LinkedIn Pinterest
The last keynote made a lot of emphasis on highlighting that the Apple Watch Ultra, launched today, is designed to withstand the most adverse conditions that the most extreme athletes need. To reach that level of resistance, it has been mentioned a testing standard called MIL-STD-810HBut what do these tests consist of? Let’s see, because it’s no joke.


Withstanding storms in the desert and freezing rains in the tundra

MIL-STD-810H is a standardized set of tests for the United States Army, with the objective of verifying if a piece of equipment is prepared for withstand the harsh environmental or impact conditions that can surround a soldier. And you have to think about the conditions that can exist in any corner of the planet, not in areas where there is more population density and more friendly climates.

Laboratuar has a list of the tests belonging to this standard, which include subjecting the equipment or device to very low pressures for missions at high altitudes or sudden variations in temperature with a large difference in heat or cold.

Apple Watch Ultra has also been tested for moisture, fungus, salt spray, transportation shocks, vibration from gunshots and other causes, and of course exposure to high-speed sand and dust (there are storms in the desert).

In other words, you can now go to the desert, Greenland or several meters under water: Apple Watch Ultra is certified to have withstood tests of high-performance military devices. Don’t be surprised by its lightness: it is Probably the toughest Apple product ever made.