These are Sega’s plans for Sonic Frontiers in 2023 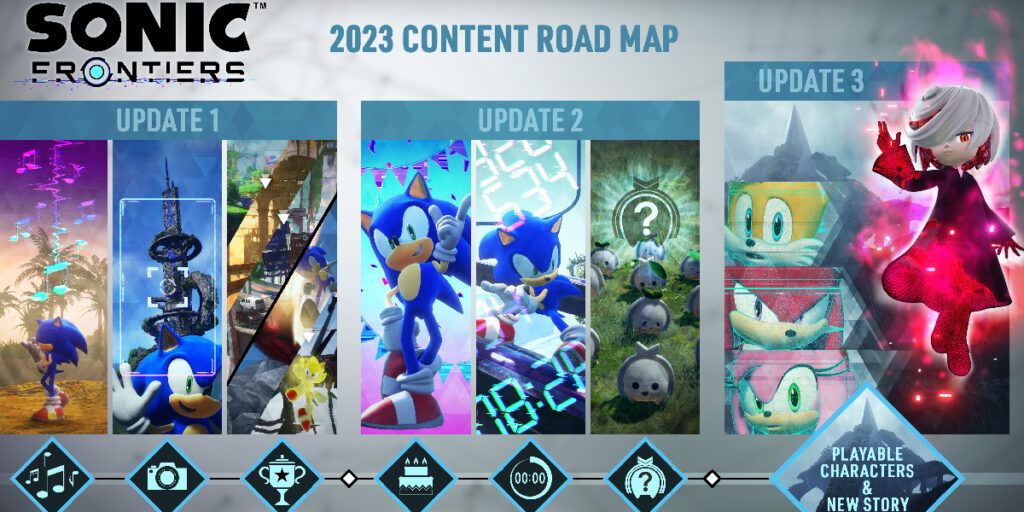 The publisher reported that it plans to release three free DLC updates for the game in 2023.

While he said his plans are subject to change, the first DLC update is currently set to include a photo mode, juke box, and new challenge modes.

The second update will include “Sonic’s Birthday”, an open area challenge, and a new Koko.

Sonic Frontiers received a mixed response when critics got involved with a preview version earlier this year.

But last month’s final release met with a more positive overall reception and the game currently has a Metacritic score of 72.

It also set a new record for the most concurrent players of any Sonic game on Steam, reaching a peak of 19,181 according to SteamDB.

That’s significantly higher than the previous series high of 11,937, set by Sonic Mania around five years ago.

The last adventure of the blue porcupine was surrounded by high expectations, the game, although not bad, did not live up to the hype around it.

The Sonic franchise has been revitalized thanks to the two films that have been in theaters.

Fans of the character have been very satisfied with the live action adaptations that have been made.

Also shortly Netflix will launch a CGI animated series that promises to continue bringing the adventures of SEGA’s mascot at full speed.

this premium robot vacuum is half price during sales