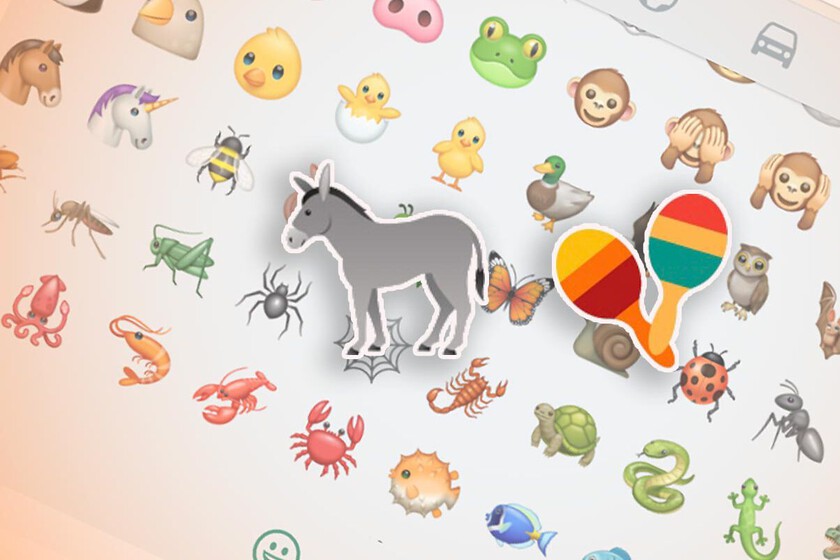 Share
Facebook Twitter LinkedIn Pinterest
Lovers of non-written and non-verbal communication (damn WhatsApp audios via smartphone: WhatsApp is working on 21 new emojis that you will soon be able to see in the messaging app more mainstream that exists. But they do not land alone, since other existing emojis have also been retouched. Do you want to keep an eye on the new emoji that are coming soon?

21 new emojis that are imminent in WhatsApp

the 21 new emojis that will soon land on WhatsApp They are the ones that Unicode presented this summer and to which it later gave the green light in September, with novelties such as a donkey, a jellyfish, ginger or an agitated face.

Well, they are already present in the WhatsApp beta version 2.22.25.12 and it will be a matter of time before they reach your phone.

Although aesthetically they serve as a reference, remember that each operating system or application adjust the design to your needs.

With 8 redesigns that will be difficult to differentiate As echoed by WABetainfo, among the news that will soon arrive on WhatsApp there will also be eight redesigns on existing emojiswhich are the ones that you can see on these lines, where they face the current version with the one that is to come.

If you are not a very observant person, you probably have a hard time spotting the differences past the face with pleading eyes and the one with tear-filled eyes.