These four Nokia phones have confirmed the update to Android 13 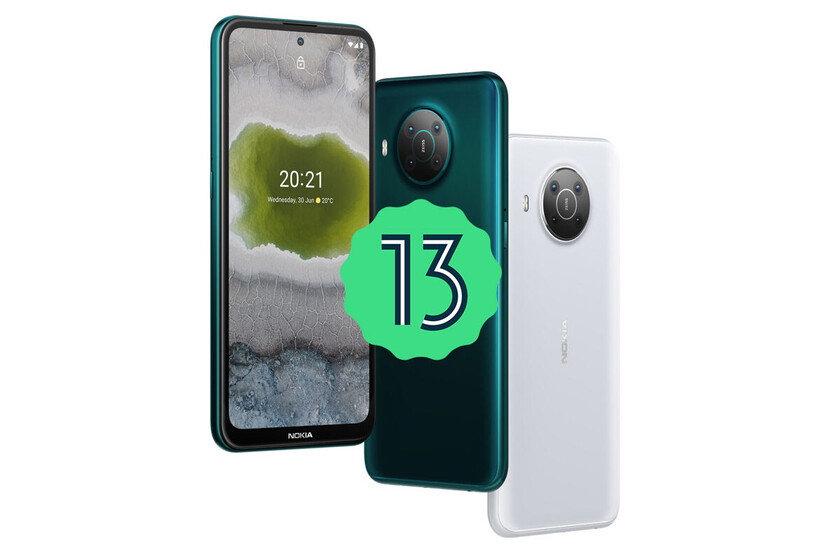 Share
Facebook Twitter LinkedIn Pinterest
A few years ago, Nokia was one of the first Android mobile manufacturers to announce a detailed update schedule to the latest version of Android, but for now we are still waiting for it to do the same with Android 13. As an appetizer, we have four Nokia phones that have confirmed the update to Android 13.

It is not Nokia who has communicated the update plans, but the information comes from the Android Enterprise Recommended directory, Google’s initiative to highlight the most suitable terminals for business use. In this directory we can see at least four Nokia phones that will be updated: the Nokia G11 Plus, Nokia G50, Nokia X10 and Nokia X20.

HMD Global’s Nokia was one of the companies that bet the most on Android One and, although the latest releases are not technically Android One, they continue to maintain an Android very close to stock. What is not so clear is the update policy. The company announced last year that some models would have three years of updates: the Nokia X10 and Nokia X20.

Precisely those Nokia X10 and Nokia X20 are listed in the Android Enterprise Recommended directory as validated with Android 13, which means that Your update to Android 13 is not only confirmedbut should be pretty much done.

The four models whose update is confirmed are the Nokia G11 Plus, Nokia G50, Nokia X10 and Nokia X20although the list is not exhaustive. There will be more Nokia phones with Android 13and proof of this is that the Nokia XR20 was part of the select group of terminals that were able to test the Android 13 beta before the operating system was officially launched.

Until Nokia officially publishes its Android 13 update scheduleThis is the closest thing we have. It is foreseeable that recent releases such as the Nokia G60 or Nokia X30 are also updated but, for now, nothing confirmed.