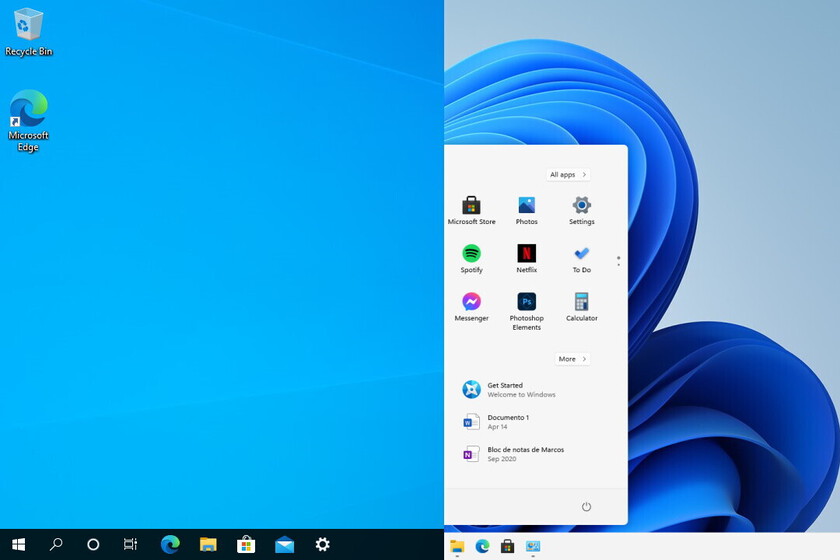 Since Microsoft presented the final version of Windows 11, my biggest question has been why it decided to launch an operating system that we could basically define as “incomplete”. And we’re not just talking about great novelties that have been gradually incorporated into Windows 11 when it was already on the street, but the fact that, when we compare it with Windows 10, we realize that has lost various functionalities…

…and we are not only talking about exclusive features of its predecessor Windows 10, but in some cases also about aspects that had been maintained in Windows through several versions (for a couple of decades, even)useful functions that for some reason have been lost… for nothing.

Move and resize the taskbar

It is true that until now most users used to leave the taskbar with the ‘factory settings’, but there were not a few who the first thing they did when standing in front of a newly installed Windows was to change their position on the desktop (top or sides) and its size.

Now, all that is impossible because Windows 11 taskbar is stuck at the bottom, without allowing us to reorganize our workspace to our liking. Similarly, it does not allow us to expand it either —no matter how aesthetically improvable that may be—, although it doesn’t matter either…

Undock buttons on the taskbar

…because who needs to make the taskbar bigger to have better visibility of the open windows, if now Windows 11 has decided to ‘save screen space’ without asking uspreventing us from undocking buttons from open applications, as well as being able to read the title of each window at a glance?

The disappearance of this functionality was not taken very well in the Microsoft support forums. That’s right. 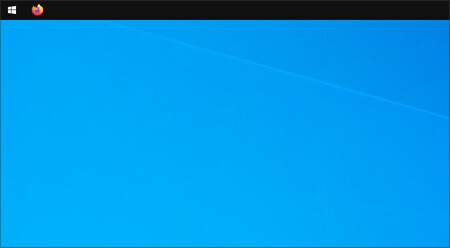 Drag and drop on the taskbar

A resource widely used in the latest versions of Windows to quickly open a file with the program of our choice (which does not have to be the default) is the option to drag and drop the file in question to the application icon on the taskbar.

Needless to say, this is another option that Windows 11 lacks for now, to the detriment of our multitasking ability. Yes, the option to drag the file directly to the application window is maintained that interests us, but that forces us to open it and/or minimize it first, losing precious seconds.

If all goes well, at least the ‘drag and drop’ option could return with the Windows 11 22H2 update

If we compare the result of right-clicking on the taskbar in Windows 10 and that of doing the same in Windows 11, we will see that in the latter no longer offers any option other than accessing Settings of the bar itself (and this one doesn’t offer as many options as before).

Regulation of the volume of each application

Until Windows 10, it was possible to access, from the system tray, not only the general volume control, but also the volume mixer, which allowed us to specify the desired level for each application.

With Windows 11, this is no longer possible: now, to access this same function, we have to rummage through the Settings of our computer. Meanwhile, in the system tray we only have the general volume control, that is displayed next to unrelated function buttons (Wifi, VPN, Accessibility, Concentration assistant…).

Not only has the space available for the Calendar been reduced, by having to share it with the Notification Center, but it has also lost a very useful functionality, that of being able to view and add events directly from the floating window that appeared when clicking on the date/time in the system tray.

When Windows Search can’t find what we’re looking for on our PC, it tends to provide us with results from Bing. Some results that, in addition, force us to open them with Microsoft Edge. Microsoft has patched all the ‘hacks’ that have been raised both to disable web results and to allow them to be opened with other browsers. 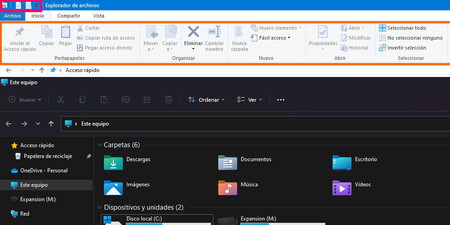 No, we are not saying this because the Tabbed Explorer has already arrived in Windows 11… but because there are a whole series of small functionalities that were present in Windows 10 and that Windows 11 has decided to sacrifice with the aim of presenting a more ‘clean’ and homogeneous interface but, for some, also less useful. Thus, we have lost, among others: